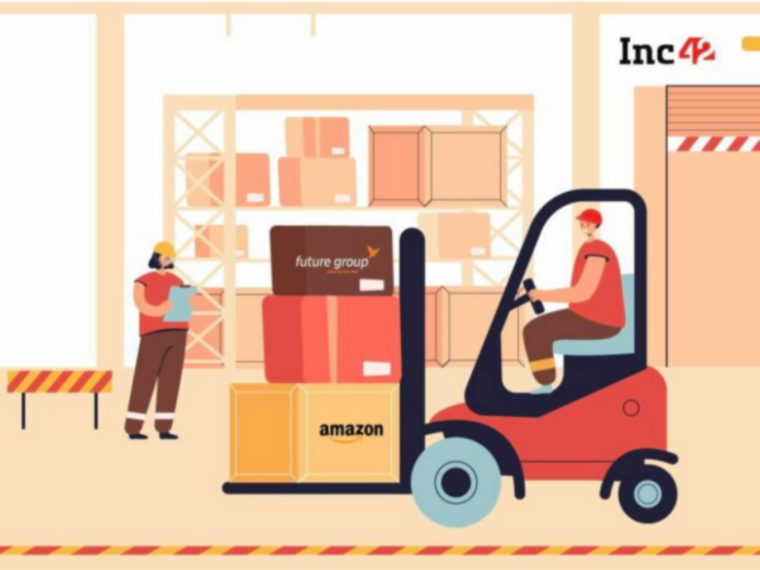 In a letter to the RBI, Amazon accused Future Retail of committing fraud by letting Reliance Retail take over around 800 stores of the company

It is incumbent upon RBI to conduct a thorough investigation into the fraud committed by FRL, its promoters, directors and Key Managerial Personnels : Amazon

The conduct and attitude of lender banks raises substantial questions on accountability, transparency and fairness regime in the banking system: Amazon

Ecommerce giant Amazon has urged the Reserve Bank of India (RBI) to conduct a forensic audit of Future Retail Ltd (FRL) for the past three years for allegedly committing fraud by letting Reliance Industries Ltd (RIL) take over around 800 of its stores.

In a 14-page letter, seen by The Times Of India, the US-based ecommerce giant said, “It is incumbent upon RBI to conduct a thorough investigation into the fraud committed by FRL, its promoters, directors and Key Managerial Personnels (KMPs). Accordingly, it is requested that a forensic audit be conducted for FRL for the past three financial years as RBI is empowered to inter alia under the RBI Fraud Circular, financial documents and Framework Agreement.”

Amazon alleged that FRL’s lenders and promoters, along with RIL, implemented a ‘stratagem’ to transfer 835 of its retail stores to Reliance Retail. This, Amazon said, was despite an injunction from the Singapore International Arbitration Centre (SIAC) against alienation of FRL’s assets.

The letter went on to allege that banks failed to “take cognizance, let alone prevent FRL and the MDA Group (Mukesh Dhirubhai Ambani Group) from committing fraud…The conduct and attitude of lender banks raises substantial questions on accountability, transparency and fairness regime in the banking system. Instead of taking stringent action, the lender banks have instead given the Biyanis a reprieve by purportedly taking FRL into insolvency”.

Amazon also said that the promoters, KMPs and directors of FRL were liable for imprisonment under various provisions of law, including the Companies Act, and action under Wilful Defaulter Circular and RBI Fraud Circular.

The Drama Over The Deal

At the heart of the dispute is the INR 24,713 Cr sale of Future Group’s retail assets to RIL that was announced in August 2020. Amazon claimed  that due to its indirect stake in Future Retail, Future Group was prohibited from carrying out the transaction with RIL.

It appeared as if the two-year old corporate battle had come to an end last month as RIL called off the deal with FRL as the latter failed to get the approval from its secured creditors for the deal. However, the hostilities continue to escalate as both sides take potshots at each other.

The two sides have also been warring on a slew of issues and have dragged the matter to a host of adjudicating bodies across borders.

This is not the first time that Amazon has accused FRL and RIL of committing a fraud. In March, the US ecommerce giant took out large ads in many Indian dailies, accusing both FRL and RIL of indulging in fraudulent practices. In April, too, reports said that Amazon accused FRL of allegedly pursuing an ‘elaborate and orchestrated fraud’ to secure a favourable verdict in the courts.

Future Group’s possession includes more than 1,700 outlets, including the popular Big Bazaar stores. However, the Kishore Biyani-led company is saddled with a lot of debt and is staring at bankruptcy.