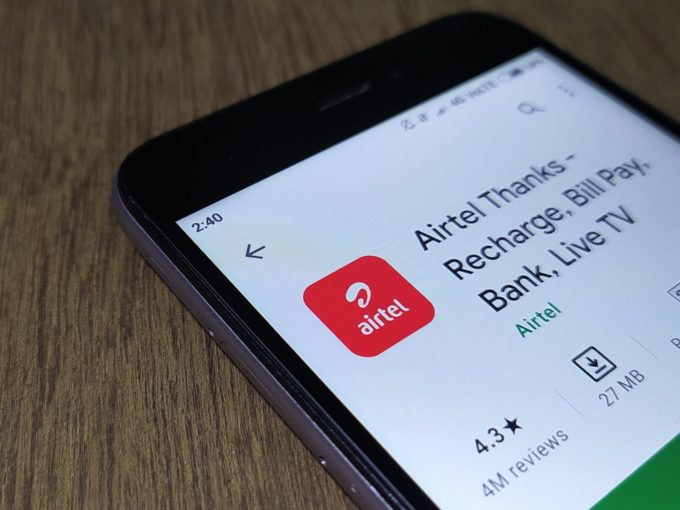 A day after reporting  a consolidated net profit of INR 759 crore in the fourth quarter of FY21, Bharti Airtel on Tuesday revealed key growth numbers for its digital offerings. In an investors’ call, the company said that its digital services reached a significant milestone this quarter with 200 Mn monthly active users (MAU). The music streaming platform Wynk has reported 72.5 Mn users, fibre services Airtel Xstream has 37.5 Mn users and Airtel Thanks, the subscriber app, has 96.3 Mn users. The company also reported that Airtel Payments Bank has 54 Mn active users and a distribution footprint across 2,90,000 outlets.

On the B2B side, Airtel is reorganising its channels as well as product portfolio. During the quarter, Airtel also rolled out additional digital solutions across Airtel Ads, Airtel IoT and Safe Pay. Airtel Ads had over 100 brands on board in the Beta stage, however, the company did not share any details of customer base post launch. In terms of the overall digital stream of businesses that Airtel offers, the company is yet to start sharing details of revenue generation and monetisation.

“We are insourcing our entire SME sales force, which was earlier outsourced. This will lead to upgradation of our SME channel capabilities helping us gain share. We are building our omni-channel digital capabilities. Today, more than 95% of the new orders for the product lines where we have begun this effort are coming through digital channels. This will also help us also expand reach and gain share,” said Vittal.

Comparison between Reliance Jio and Airtel offerings is not possible based on the data shared by the companies alone, but you can read more about Jio’s Q4 performance here.

Recently, Indian telecom giant Bharti Airtel had announced a new corporate structure to sharpen its focus on digital assets and get maximum out of India’s digital opportunities. The company has merged all its digital business with the parent company Bharti Airtel under the new corporate plan, whereas a new subsidiary Airtel Ltd houses all of the company’s telecom businesses.

“Our mobile revenues grew at 19.1% YoY backed by 13.7 Mn 4G customer additions. We are seeing strong momentum in our home business with 274,000 net adds. The enterprise segment delivered double-digit growth. Our digital assets continue to scale and we are beginning to see strong traction in monetisation of these assets,” said Gopal Vittal, managing director and chief executive officer, India and South Asia.

Bharti Airtel’s digital assets include Wynk Music, Airtel Xstream, Airtel Thanks, Mitra Payments, Airtel Ads, Airtel IQ, Airtel Secure and Airtel Cloud, which were earlier listed under the Airtel Digital Ltd subsidiary. Though Airtel Payments Bank is a digital asset, it will continue to remain a separate entity, helping the telecommunication giant to understand payments and the financial services sector.

Here’s a look at how Airtel fared across telecom and digital platform offerings.

The telecom operator reported 321.3 Mn customers after a net addition of 13.7 Mn new 4G users in the March quarter. However 4G users comprise 55% of its mobile user base compared to 426 Mn 4G users reported by Jio in the same quarter.

“Based on our estimates for Q4, we believe we have gained market share and are at a new lifetime high.This performance is on the back of strong 4G net adds at 13.7 Mn. In fact, over the last year we have added 43 million 4G customers to the network and 1.9 million net adds to the post-paid segment,” said Vittal.

Average revenue per user (ARPU) for Airtel came down to INR 145 compared to INR 166 last quarter. However, considering that the telecom operators have stopped charging the interconnect usage charge from 1st January, on an adjusted basis ARPU actually grew from INR 146 to INR 148 this quarter. Jio has reported ARPU of INR 138.2 during the quarter.

However, the company has witnessed a major uptick in One Airtel Plan introduced in Q2 FY21 in the beta stage. The Airtel One plan offers bundled postpaid, direct-to-home (DTH) service, Airtel Xstream and OTT services.

Average data usage per user per month for Airtel stands at 16.4 GB compared to 13.3 GB on Jio network.

Responding to queries on digital service monetisation plans, Vittal said that these business offerings need to start delivering revenues. “ If you look at digital business across B2C and B2B. We are now in a position where they are beginning to deliver sequential growth of 15-20% every quarter. We are pleased with this trajectory,” said Vittal.

He added that the revenue offering of these services is still very modest compared to the overall telecom revenue. These businesses require low capital, offer attractive margins and EBIDTA and real cost is only in building the right talent base for these solutions.

The company did share details of how they plan to grow their digital solutions over the next two to three years during the earnings call today.

“We have around 1600 people working on the digital side across multiple digital services. We also have an interesting model where we incubate teams and after they achieve a certain scale, we separate them and invest more capacity in those digital service teams,” he added.