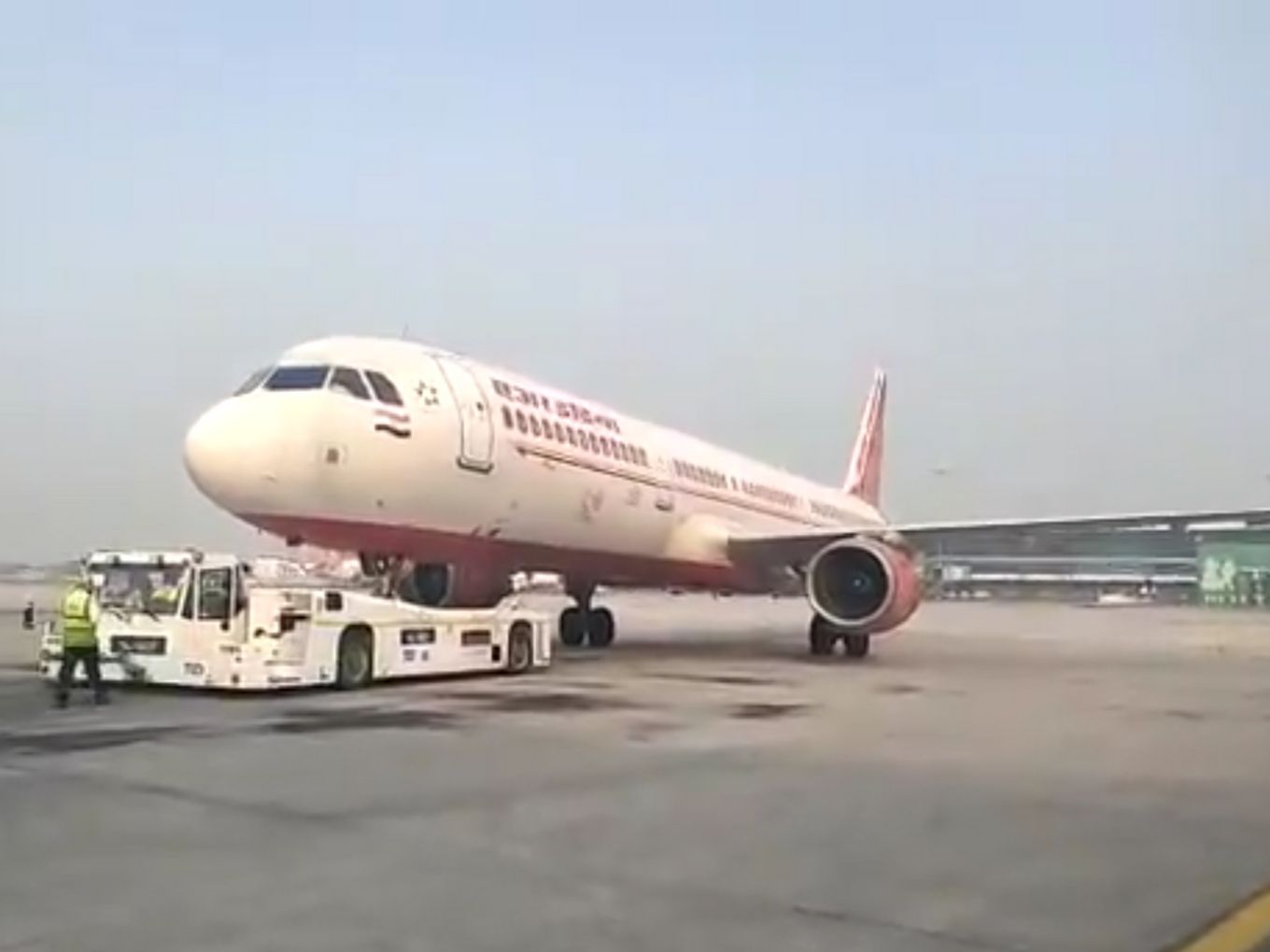 India’s national carrier Air India earned itself a place in history today as it became the first airline in the world to use a Taxibot as an alternate taxiing equipment on an Airbus aircraft.

The Taxibot is a pilot-controlled semi-robotic aircraft tractor that helps in the taxiing of an aircraft from the parking bay to the runway and vice versa. Reportedly, the aircraft tractor towed a Mumbai-bound commercial Air India flight carrying passengers at the Delhi International Airport from the runway for take-off and was flagged off by Air India CMD Ashwani Lohani.

The Taxibot, developed by Israel Aerospace Industries, in partnership with French TLD Group is said to save up to 85% of the fuel the plane would normally use during the taxiing process to and from the runway to the terminal gate. It also has the capability to tow an aircraft while the plane’s engines are switched off, which would save fuel fully.

Although Air India would be using Taxibots for departing flights only, the makers told NDTV that the robotic vehicle can also be used to tow planes after they have landed.

In addition to saving fuel, Taxibot will also help in reducing CO2 emissions. “The towing machine will cut down around 800 Kg of the poisonous gas from the atmosphere for every 15 minutes of its usage,” said a spokesperson from KSU Aviation, the firm that is operating Taxibot in the country.

The spokesperson added that besides air pollution, noise pollution levels are expected to drop by 60% thanks to Taxibot’s help in towing airlines.

Taxibot has so far completed 390 missions in India, according to its website. The vehicle has been able to save around 83,000 litres of petrol and has been able to reduce 236,028 kg emission of CO2.

Earlier this year, a Taxibot trial was successfully conducted on a Boeing 737-800 flight. A total of 40 such planes towing bots are expected to be deployed at airports throughout the country. Apart from Air India, SpiceJet and Jet Airways has also completed their trials with Taxibots and they might be using the taxi service soon.

Carbon emissions by the aviation sector have been a significant factor behind the increase of greenhouse gases in the atmosphere. According to the International Civil Aviation Organisation (ICAO), international aviation carbon emissions could grow seven-fold over the next 30 years despite climate change concerns.

However, the Indian aviation sector has acknowledged the situation and is aggressively working to minimize its adverse impact on the environment.

Directorate General of Civil Aviation (DGCA) has advised stakeholders to establish environment cell in their organisations and to develop their carbon footprint. It has also advised airlines to retrofit existing aircraft, adopt an aggressive fuel efficiency method, explore the possibility of using biofuels, fix winglets and riblets, among others.