Robotics Startup CynLr Raises $4.5 Mn To Enter The US Market

Robotics Startup CynLr Raises $4.5 Mn To Enter The US Market 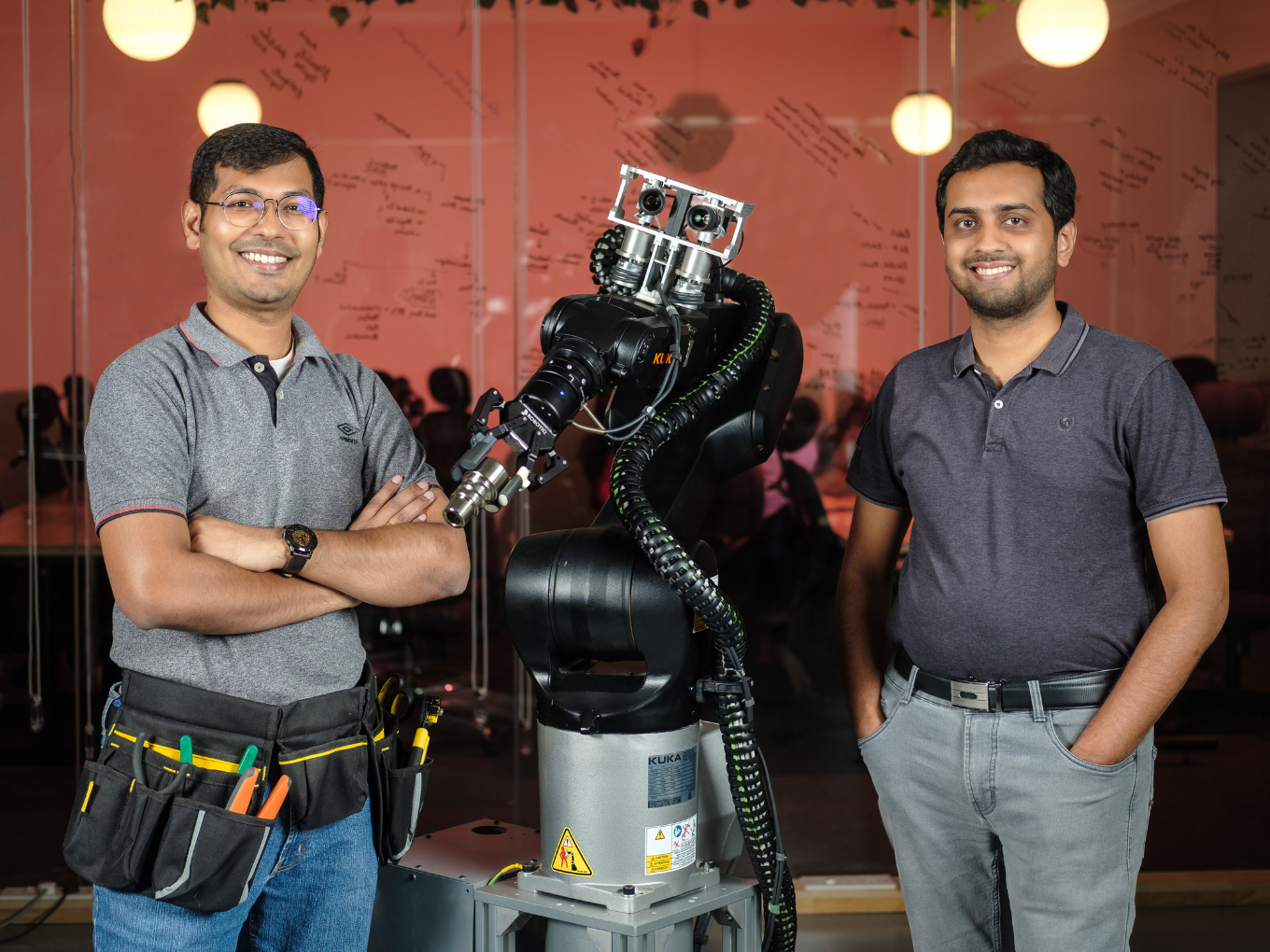 With the current funding, CynLr claims to have raised a total funding of $5.25 Mn to date

CynLr intends to simplify manufacturing through its visual robots or object computers, just as the computers simplified data processing

Bengaluru-based robotics startup CynLr has raised $4.5 Mn in Pre-Series A funding round led by Speciale Invest and growX Ventures.

With the current round, CynLr claims to have raised a  total funding of $5.25 Mn to date.

The robotics startup plans to enter the US market, scale its team and also, build capacity to address the current pipeline of customers and deliver 100 robots annually.

“CynLr is solving a 4-decade long unmet need in the fast-growing industrial robotics space. With their intelligent Vision Stack for robots, they solve a myriad of challenges in hyper-automating manufacturing and warehouse space. As a firm believer in the deep tech space, we are excited to support CynLr in building intelligent learning robots that will further enable the creation of micro-factories and ultimately, universal factories,” says Sheetal Bahl, managing partner at growX Ventures.

Founded in 2019 by Nikhil Ramaswamy and Gokul NA, CynLr automates the manual labour involved in the manufacturing processes. The startup intends to simplify manufacturing through its visual robots or object computers, just as the computers simplified data processing.

In 2019, CynLr raised INR 5.5 Cr in a seed funding round. The investment came in from Speciale Invest, Arali Ventures, growX ventures, CIIE Initiatives and Dr. Vijay Kedia. Then, the funds were deployed towards research and development as well as to drive the adoption of the product.

According to a NASSCOM’s report, the Indian deeptech sector is gradually expanding as the number of startups leveraging the segment has increased by 3.5X since 2017. Coupled with this, the investors’ interest in deeptech has also surged as a 2X growth in funding raised by deeptech startups, has been witnessed.

In December 2021, Reliance Industries’ subsidiary Reliance Retail picked up a minority stake in Noida-based warehouse-focussed robotics startup Addverb Technologies with an investment of around INR 300 Cr. The deal would value Addverb Technologies in the range of INR 1,590 Cr – INR 1,660 Cr.

In November 2021, AI-based robotics startup Haber raised $20 Mn in a Series B funding round led by Ascent Capital. Accel, Elevation Capital, Beenext, Mukul Chawla (Temasek Partner) and the founders of GreyOrange (another robot-as-a-service company), Samay Kohli and Akash Gupta also participated in the round.