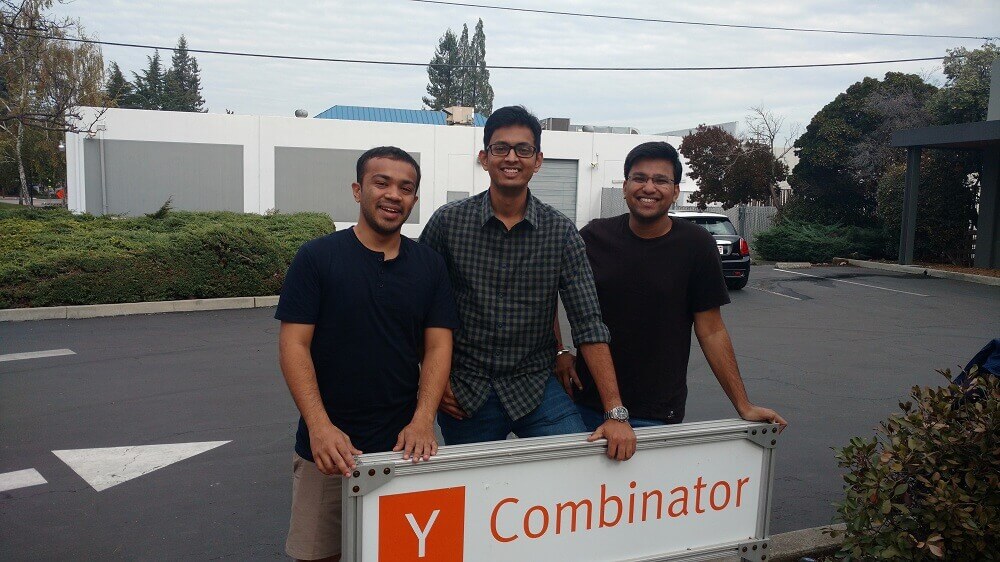 Bengaluru-based Playment, an AI-driven mobile crowdsourcing platform has raised $1.6 Mn as part of its Pre-Series A funding. The investment was led by YCombinator, Sparkland Capital and Silicon Valley angel investors such as Ryan Petersen (CEO, Flexport), Max Altman and others. Playment was part of Y Combinator’s Winter 2017 batch.

Playment (a part of Flipkart Mafia) was launched in November 2015 by IIT-Kharagpur alumni Siddharth Mall and Akshay Lal, along with IIT-Guwahati alumnus Ajinkya Malasane. It helps organisations tag/clean/collect data using a blend of the artificial intelligence + human (crowdsourced) intelligence.

The Playment team will use the newly raised funding to build its engineering, product, and data science teams, build an internal AI research lab, and set up an office in Bay area.

“With this round of funding, we plan to become the leading provider of training data to AI companies with special focus on autonomous driving. We strongly believe Playment’s tools would play an instrumental role in the AI first world,” said Siddharth Mall, cofounder, Playment in an interaction with Inc42.

In words of Siddharth, Playment aims to facilitate a platform where humans & machines can work together to solve problems which were previously unsolvable at scale.

Initially, the team started with providing cataloging and content moderation services to large Asian marketplaces such as Flipkart, Lazada, Paytm, Ola and others. To make this feasible, Playment technology divides the big chunk of work into small micro-tasks like lego blocks and qualified users on its platform solve the entire puzzle. For example, Merchants bulk upload apparel catalogues, and then a person has to do up to 15 quality inspections on each and every SKU submitted before its gets published.

“However, we started getting a lot of inbound from companies who wanted human curated training data for their AI models,”shared Siddharth. “We could feel the need of this service first hand when we visited US during YC for three months, earlier this year.  We have now built out complete suite of CV training data targeting autonomous driving, visual search, satellite imagery, OCR etc,” he added.

Playment claims to provide high-quality human curated training data for Computer Vision. Essentially, they provide human-powered training for machines to be able to see, think and make decisions like humans. “We have built state of art tools for our 250,000+ community of “work from home” users – called “players”,” he said.

From First Funding To Adding Y Combinator To Its Board

Within eight months since launch, Playment platform had been able to generate over 5 Mn microtasks for some of the top ecommerce companies in the country and had a throughput capacity equivalent to a 1200+ seater BPO.

Since then, over the last one year, Playment community has grown to 250,000+ “work from home” players based all over India helping global companies.  It currently has a 30+ enterprise clientele include pre-eminent startups in valley and OEMs in self-driving, satellite imagery, visual search, OCR. It also works with leading ecommerce players in India and SE Asia.

So far, the company claims to have annotated 50 Mn+ tags on its platform with current capacity being 1M/day.

Talking on the competition front, Ajinkya stated, “Traditional business process outsourcing (BPOs) fail to solve for scalability due to fixed teams whereas legacy crowdsourcing platform such as Amazon Mechanical Turk doesn’t assure quality. We solve for both – High quality and scale! There are few startups based out valley such as Crowdflower, Mty.ai etc but we are significantly cost-effective. Furthermore, no one provides a fully managed service.”

Taking A Plunge Into The Growing AI Opportunity Globally

AI-market is predicted to grow to $47 Bn in 2020 as per market-research firm International Data Corp. As per a recent Forbes report, 81% of IT leaders are currently investing or are planning to invest in AI. It also highlights that apart from three most ripe sectors – Digital Marketing/Marketing Automation, Salesforce Automation (CRM) and Data Analytics – Customer self-service, Enterprise Resource Planning (ERP), Human Resource Management (HRM) and Ecommerce are additional areas that have upside potential for AI/ML adoption.

Siddharth believes that AI is the next frontier in technology. It will have a huge impact in all kinds of industries. Advancements in computing power and sheer availability of data are the two primary reasons for such rapid developments in AI.

“But it is still far from being enterprise/application ready. For eg, when you drive, there multiple decisions you need to make amongst so many uncertainties (weather/lighting/types of vehicles/oneway etc). You need real human workforce to generate vast amounts of training data at an exponential scale,” he added.

Bringing on board a global offering, Playment is currently working with some of hottest computer vision based startups and OEMs working in autonomous driving, visual search, satellite imagery across the US, UK, Israel, Italy, Germany, Australia etc. With the recent funding from Y Combinator and others, how this AI and crowdsourcing platform will be able to cater to ever growing demands of these companies remains to be seen.