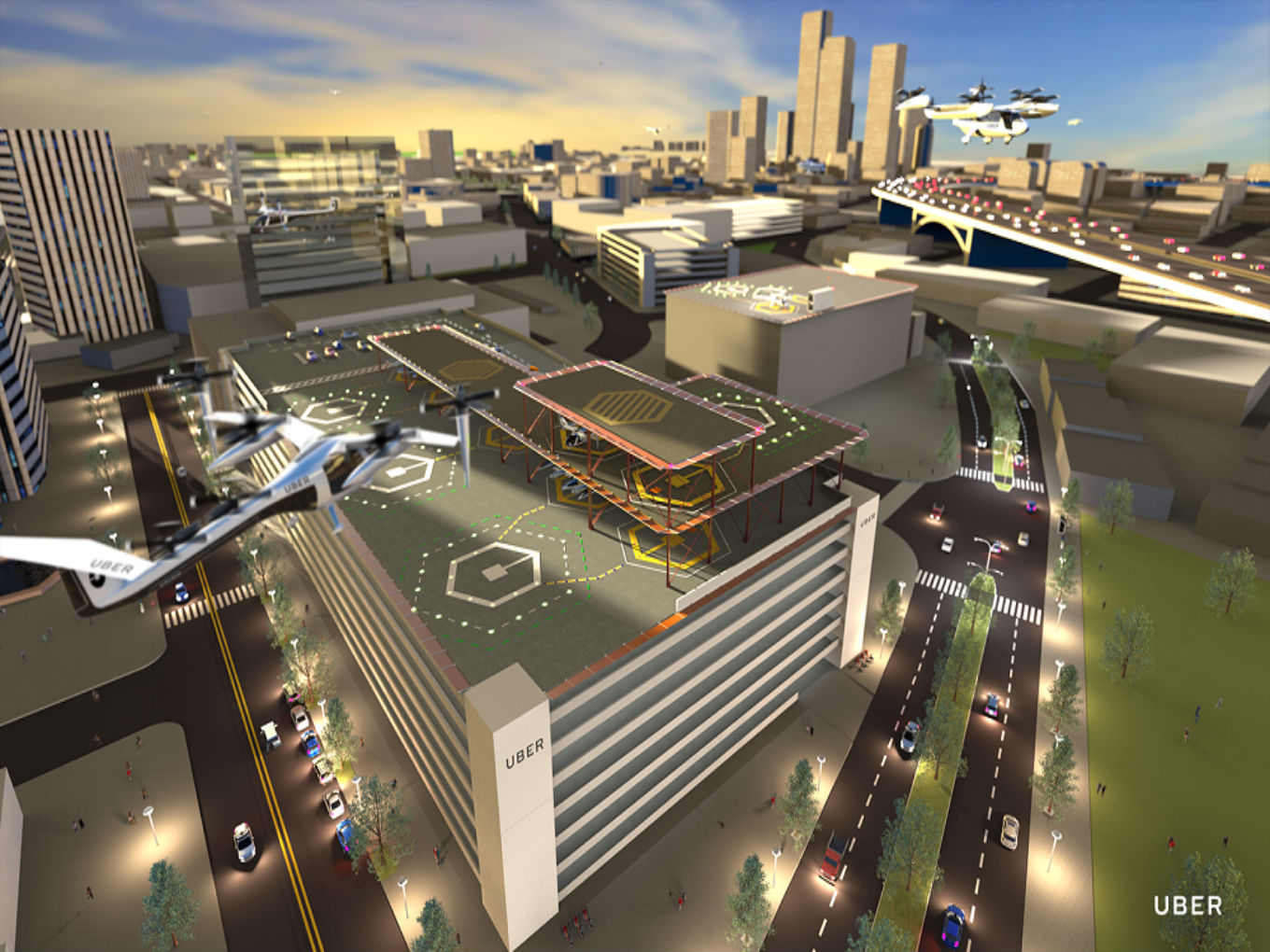 Uber wants to introduce flying taxis in India. The Uber team conveyed this to Union minister of state for aviation Jayant Sinha during a meeting here on Tuesday.

Company’s aerial arm Uber Elevate, this year in May, unveiled the battery-powered flying taxis, which it hopes to launch commercial service come 2023 in Dallas-Fort Worth, Texas, and Los Angeles in the US.

Recalling his meeting with Uber CEO Dara Khosrowshahi in February this year, Sinha said, “When I met him, I had stressed on the need to do so. Now, Uber has informed me that India is one of the five countries they are evaluating for launching air taxis.” The development was confirmed after Sinha met Uber’s business officer (India and emerging markets) Madhu Kannan on August 28.

When Uber first revealed a Common Reference Model for its flying taxis, the concept was reported to be all-electric, accommodates four people including a pilot, in a cylindrical body with large windows.

Uber’s flying taxi is said to cruise at between 150 and 200 miles per hour, and soar up to 2,000 feet above. A single charge will be good enough for 60 miles of range, and Uber expects the thing to need just five minutes to top up the batteries between flights. Initially, they’ll have a human pilot, but eventually, they should be autonomous.

The US-headquartered Uber had signed an agreement with NASA to explore concepts and technologies related to urban air mobility (UAM) for future air transportation in populated areas.

Similar flying taxi project, named after a Sanskrit word vahana meaning vehicle has been initiated by European manufacturer Airbus. The project completed its first full-scale test flight in Oregon, US, on January 31 this year. Vahana, a fully electric vehicle is designed to carry a single passenger or cargo, and scale a height of five metres for a duration of 53 seconds.

Even IIT-Kanpur researchers and VTOL Aviation India Pvt Ltd has entered into a $2.2 Mn (INR 15 Cr) MoU to develop a flying taxi prototype — a self-piloted vertical takeoff and landing (VTOL) craft. The IIT-Kanpur aerospace department is equipped with a state-of-the-art facility to conduct research activities in aerospace, and is fitted with wind tunnels and flight labs capable of testing aircraft.

Indian Ministry of Civil Aviation has recently released Drone Regulations 1.0 – the standard regulations for operating drones in the country, aimed at enabling safe, commercial usage of such taxis.

We have announced #DroneRegulations 1.0 today. These regulations will enable the safe, commercial usage of drones starting December 1, 2018. It is intended to enable visual line-of-sight, daytime-only operations to a maximum altitude of 400 feet.

Going forward, the Drone Task Force formed under the chairmanship of aviation minister Sinha has been tasked to provide draft recommendations for Drone Regulations 2.0. These regulations will examine issues such as certification of safe and controlled operation of drone hardware and software.

Uber Elevate has shortlisted India among five countries — Japan, Australia, Brazil, France — that could be home to the first international Uber Air City within the next five years. It said that the company is looking for a large polycentric market with a metropolitan population over one million people to establish the proposed Air City.

“In pursuit of our first international launch market, we are announcing a shortlist of five countries where Uber Air can immediately transform transportation and take our technology to new heights,” Uber Aviation Programs Head Eric Allison said.

In India, Uber Elevate is looking to start its flying taxi services in cities such as Delhi, Mumbai, and Bengaluru, ET on Friday quoted Uber executive as saying.

According to the executive, the company is in touch with various regulators in India to launch both the air taxi sharing and drone delivery services.

“In our interaction with the Indian government, we have found them more than willing to adopt new transportation technology,” the executive said.

Uber is exploring opportunities to launch drone-based food delivery service in Indian metros under its food delivery platform Uber Eats. The blueprint for these plans was revealed at Uber Elevate Summit in Tokyo on August 30.