Advance.AI is opening offices in Bengaluru and Delhi

The startup is aiming to serve clients in fintech, ecommerce, and retail 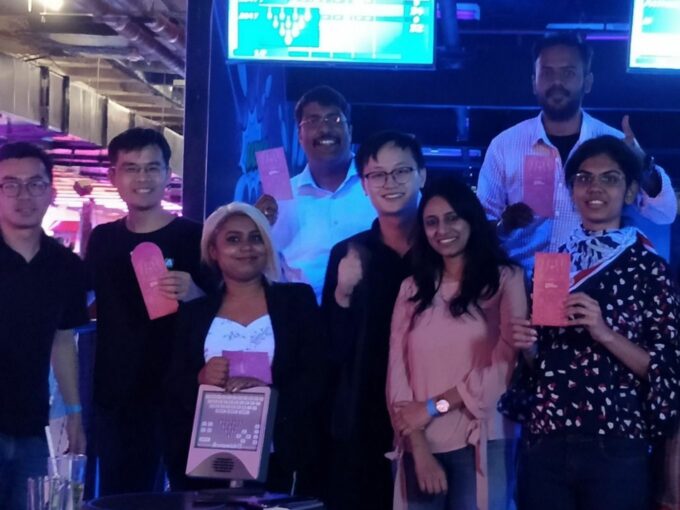 After the 2016 demonetisation, while economic experts across the world were divided on whether it was right decision or not, one picture that clearly emerged in the aftermath India’s position as a fintech hub. Backed by government efforts such as UPI and the rising lending space, India’s banking and the financial segment is at the global epicentre with praise coming from all corners.

But this burgeoning segment is also plagued with fraud. In the financial year 2019, Indian banks reported a 74% increase in fraud to INR 71,543 Cr, according to RBI. As most of these banks are lending partners of many fintech startups, the number of fraud cases have also risen sharply for these startups as well.

To curb these fraud cases, many startups leveraging new-age technologies such as artificial intelligence (AI) are helping fintech startups, banks, and NBFCs to take appropriate measures. Joining the fight against fintech fraud in India is Singapore-based Advance.AI.

Founded in 2015, Advance.AI is provides solutions related to digital transformation, fraud prevention, and process automation. The startup announced its entry into the Indian market with the launch of offices in Bengaluru and Delhi NCR to support India’s fintech ecosystem. Advance is also planning to open its third office in Mumbai.

Speaking to Inc42, Charles Zhang, the country manager of Advance.AI India, said that the company launched its product in India in March last year. Its first use case was in empowering financial institutions with AI-based anti-fraud verification and face recognition technologies. The technology helps its clients to authenticate users which is now also used by Indian startups.

Company’s flagship product ‘Guardian’ offers anti-fraud solutions to minimise the risk for clients. The tool uses AI-based facial recognition to identify individuals and alert the client if anything suspicious is detected by it thereby minimising the risk. “The product is used mostly by clients offering financial services such as banks, fintech startups, non-banking financial institutions, etc. for completing KYC of their customers,” Zhang said.

He said that the company uses an advanced face recognition technology, as well as anti-spoofing technology. Advance.AI’s platform can tell if the applicant is the same person as shown on the ID proof or not.

Advance.AI claims that Guardian provides 99% accuracy for its e-KYC capabilities based on facial recognition. Recently, the Reserve Bank of India (RBI) had announced video-based KYC as an option to establish a customer’s identity. The solutions of Advance.AI can also come handy in completing the e-KYC of users via video-call.

After success in Singapore, the startup ventured into the Philippines and Vietnam. In March 2019, Advance.AI finally launched its products in India. It claims to be achieving 350% year-on-year growth in API sales and 400% growth in enterprise clients. “In the last year, the company has brought over 100 clients on-board. We have seen now, double, triple or even quadruple model-on-month growth in India,” Zhang added.

Zhang noted that the startup first established its credibility in the market and then ramped its operation. “We started working with banks and major consumer financing giants like Netherlands-based Home Credit,” he added.

With these tie-ups, the company gradually built a reputation and is now aiming to grow aggressively in India.

Zhang said that India has a low credit card penetration and only 25% of citizens have a credit history. This means that a lot of the population is still underbanked which comes as an opportunity for fintech players as well as for companies, such as Advance.AI, which are providing allied services to these companies.

After entering India last year, Advance took small steps to understand the market. Zhang recalled that it tried to figure out the needs of its customer base and invested in improving and adapting the product suite according to the Indian market.

“After some months in India, the startup realised the real opportunities present in consumer lending space,” Zhang said. “There were hundreds of new lending fintech and new-age NBFCs which are expanding and growing in this market. Digital lending is one of the few bright spots in the Indian economy. So we sensed this opportunity.”

After this, the company started to invest heavily in marketing. As a result, the company was able to get a clientele of lending startups including Mumbai-based lending startup CASHe. “Our growth is continuing despite the current economic slowdown amid the coronavirus situation,” Zhang said.

According to Zhang, the Indian market is somewhat similar to other Southeast Asian markets such as Indonesia. Both countries have a huge percentage of youth in the population but India’s population is much more than Indonesia. Zhang said that India is a five-times bigger market than Indonesia.

Also, he believes that India has a better financial system and a more mature regulatory system.

For the Indian journey, the startup appointed Darshan Shah as the chief advisor in January 2020. Shah has over 20 years of experience in credit scoring, alternative data, and digital lending at companies such as TransUnion CIBIL and Experian.

Zhang believes that there are a lot of unmet needs in terms of AI and big data application segments within India’s fintech industry. The startup also wants to leverage its learnings gained from Southeast Asia to go beyond the financial domain to offer AI-based solutions to retail, ecommerce, and other segments.