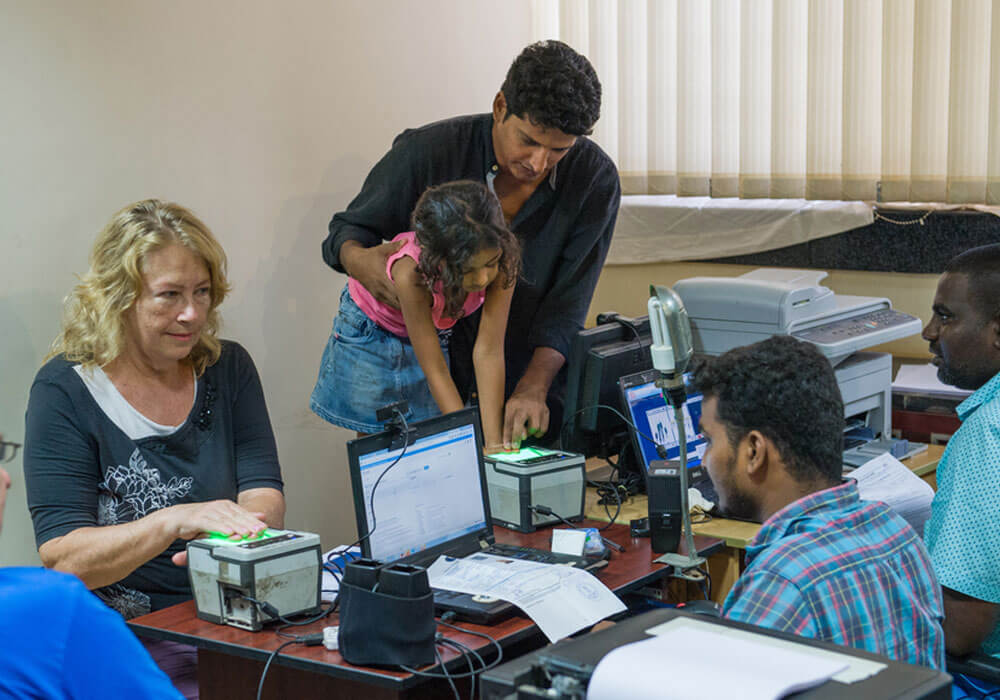 As part of the ongoing case in the Supreme Court where a five-judge constitution bench is hearing petitions challenging the constitutional validity of the Aadhaar (Targeted Delivery of Financial and Other Subsidies, Benefits and Services) Act 2016, UIDAI CEO Ajay Bhushan Pandey gave a technical powerpoint presentation to defend the Aadhaar system.

The UIDAI chief explained, in the presentation, that “Aadhaar makes exceptions for those who are unable to give their biometric information for any reason.”

He also went on to claim that personal data acquired during enrolment, including biometrics, were encrypted and couldn’t be hacked. He said, “It would take more than the age of the universe to break one encryption.”

Also, no third party can either store or save a person’s data during authentication and neither can anyone access these authentication details, he claimed. Pandey also said that it was “difficult to misuse an Aadhaar card because it has a hidden barcode that carries details of the original holder.”

Pandey added that exceptions could be made in Aadhaar for leprosy patients, manual labourers and other categories of people who are unable to provide biometrics because of illness or disability. Where authentication fails because of old age-related problems, alternative identity proof could be used, he added.

Addressing the death cases as the bench demanded an explanation for people being denied subsidy and services, he cited a death in Jharkhand and claimed that the authentication was done, but it was the public distribution system dealer who had asked the woman to come for rations the next day.

UIDAI has also tied up with anganwadi workers to issue children in anganwadi Aadhaar cards with parental consent, Pandey added.

The presentation will be continued on Tuesday when the court begins its hearing again.

The presentation aimed to identify the misgivings related to security of the data collected under the scheme and remove them. Following the presentation, the SC bench has asked the petitioners opposing the Aadhaar scheme to prepare a questionnaire after the UIDAI CEO’s presentation.

Amid the ongoing case, Aadhaar has faced severe criticism primarily on fronts of security. In January, the Aadhaar system was hacked by a self-proclaimed French cybersecurity expert who goes by the alias, Elliot Alderson.

Soon after, a leakage was reported after an unidentified group on WhatsApp shared links containing the login and the password details which enabled access to 1 Bn Indian citizens.

As the SC continues its proceedings to judge the constitutional validity of Aadhaar, the claims and explanations of UIDAI will be a much-needed point of view in the court.