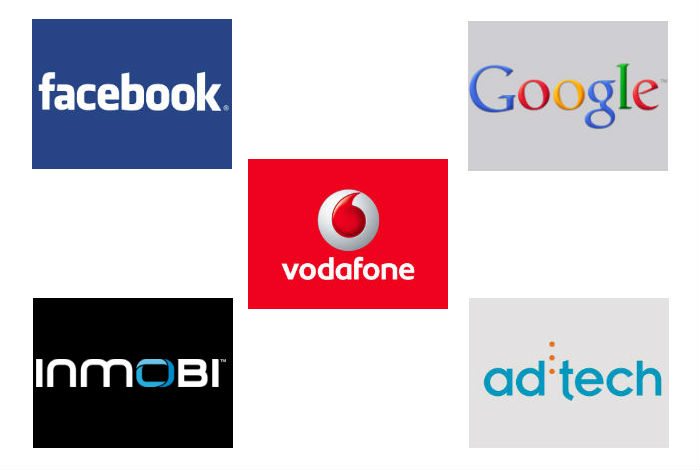 World’s largest digital marketing event, ad:tech, has announced its 4th edition of Digital Marketing & Advertising Conference & Exhibition in India to be held on March 20-21, 2014 at The Leela Ambience Hotel and Residences, Gurgaon with an expected footfall of over 3000.

ad:tech is a leading digital marketing event drawing thousands of industry professionals every year to its conferences. ad:tech is owned by dmg :: events, which was founded in 1989 and now organizes over 80 events in 25 countries each year.

Softbank writes down investment in Inmobi

Japanese telecommunication giant has written down its investment the mobile ad network Inmobi. “Equity in losses of affiliated companies was ¥33,524 million ($325.45 mn), an increase of ¥30,576 million year on year. This was mainly due to a write-down of goodwill that arose related to InMobi Pte. Ltd. and PPLive Corporation,” said the company in its 2013 annual report.

Softbank had invested $200 Mn in InMobi in 2011. Development was first reported by NextBigWhat.

Google has released an Android app for shortening URLs and providing an insight as to who is clicking your links. Google has for a long time provided the URL shortening service goo.gl. Users can log in to the site, paste a long URL and get a shortened version.

The free app is available on the Google Play store . Besides shortening the link, Google’s service help to see how effective your posts are. And with the Google URL Shortener app installed on your Android device, there’s no need of computer to shorten or check on a link.

Last week at Mobile World Congress, it was announced that Facebook Messenger was coming to Windows Phone. And now it has been launched.

Facebook Messenger, allows the user see who’s online for a private or group chat, send a private message, and use pictures and stickers. One can also share his location. All Facebook friends are automatically added to the People Tab but one can also import new contacts too.

Spanish cable company, ONO, built by Eugenio Galdon and Richard Alden between 2001 and 2011, is about to be sold to Vodafone for around $9.5bn.  The buyer, Vodafone, is also one of the most remarkable entrepreneurial successes of Europe, a company that is about to collect $85 billion from the sale of its stake in Verizon Wireless in the USA.