The government will levy no interest, penalty, or a late fee on SMBs for filing GST 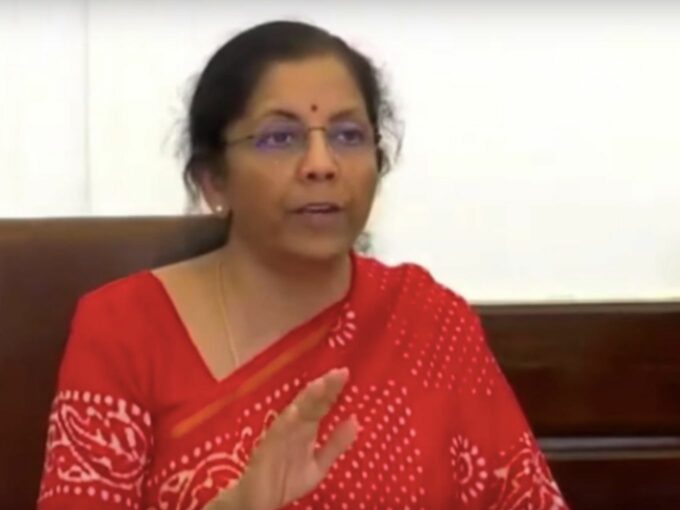 Currently, India is going through the worst economic slowdown since 2008, thanks to the novel coronavirus which has now forced the country to go under a complete lockdown. With this, the financial health of the country is expected to worsen in the upcoming times.

To prevent India from falling in such a situation, finance minister Nirmala Sitharaman, on Tuesday (March 24) came up with a slew of immediate measures and announcements to help business communities sustain the long-term slowdown.

In respect of the MCA 21 registry, there is a moratorium issued from April 1 till September 30, 2020. Sitharaman said there will be no additional fees on late filings. It is worth noting that MCA 21 provides secure access to MCA services to corporate entities.

The finance ministry is relaxing the mandatory requirement for holding board meetings for a period of 60 days. “This relaxation will be applicable for the next two quarters,” Sitharaman announced. Sitharaman also said that for 2019-2020, if the independent directors have not been able to hold even one meeting during the year, it will not be considered under violation, unlike under the existing rules.

During her key speech, Sitharaman also said that the requirement to file declaration for the commencement of new business within six months has been extended to one year from the commencement of business. Also, if there is a company director who is not able to comply with the minimum residency in India of 182 days, then it will not be treated as a violation under Section 149 of the Companies Act.

According to the current norms, startups and businesses are required to invest 15% of debentures maturing during a particular year in specified instruments before April 30, 2020. Now, they can do this until June 30, 2020, to comply with this norm. These new rules will be notified officially by the ministry in the next few days.

Speaking to the media, through video conferencing, Sitharaman also announced that the government has increased the threshold for default from existing INR 1 Lakh to INR 1 Cr. The government believes that by this, it can prevent triggering of insolvency proceedings against MSMEs. This will be implemented straight away, Sitharaman added.

She also assured the startups that necessary measures will be taken by the government to help the startup community among coronavirus slowdown. “If the situation continues like this beyond April 30 as well, then we may consider suspending, Section 7,9,10 of the IBC [Insolvency and Bankruptcy Code] for a period of six months,” the finance minister added. With these rules, companies can be stopped from being forced into insolvency proceedings in such forced measure causes of default

No Interest, Penalty Or Late Fee For GST Filings For SMBs

Sitharaman also announced that no interest, penalty, or a late fee will be levied on companies with a turnover less than INR 5 Cr for filing goods and service tax (GST) returns for March, April, and May 2020 until June 30, 2020. However, companies, with turnover over INR 5 Cr, will have to pay a reduced interest rate of 9% on their GST filings for these months, even though there will be no penalty or late fee.

She also specified that in some parts of the country the last date for filings GST returns will vary thanks to a staggered approach. However, she assured that these dates will fall in the last week of June 2020. The last date for opting for the compensation scheme under GST is also extended to June 30.

Addressing the media, Sitaraman announced that the government has reduced the bank charges imposed on digital trade transactions for three months. This decision is expected to promote the digital transactions in the country which has become prominent especially in times of crisis like this.

Most individuals at home are relying on digital financial instruments since cash leads to hand-to-hand exchange and ATMs may not be accessible. Hence, the decision will lessen the burden on banks.

Sitharaman also announced the revoking of bank ATM charges until June 30. Usually, these charges are levied when a user transacts more than five times at ATMs of other banks. But with this decision, people will be able to withdraw cash as many times as they want even from ATMs of other banks.

Besides this, the finance minister also announced that no charge will be levied on failing to maintain the minimum account balance. Till now, public bank saving account holders need to maintain a minimum balance of INR 1000 to INR 3000. Failing to do so, banks charge account holders with a small amount ranging from INR 5 to INR 15. But now, no account holders shall be charged this fee till June 30, 2020.