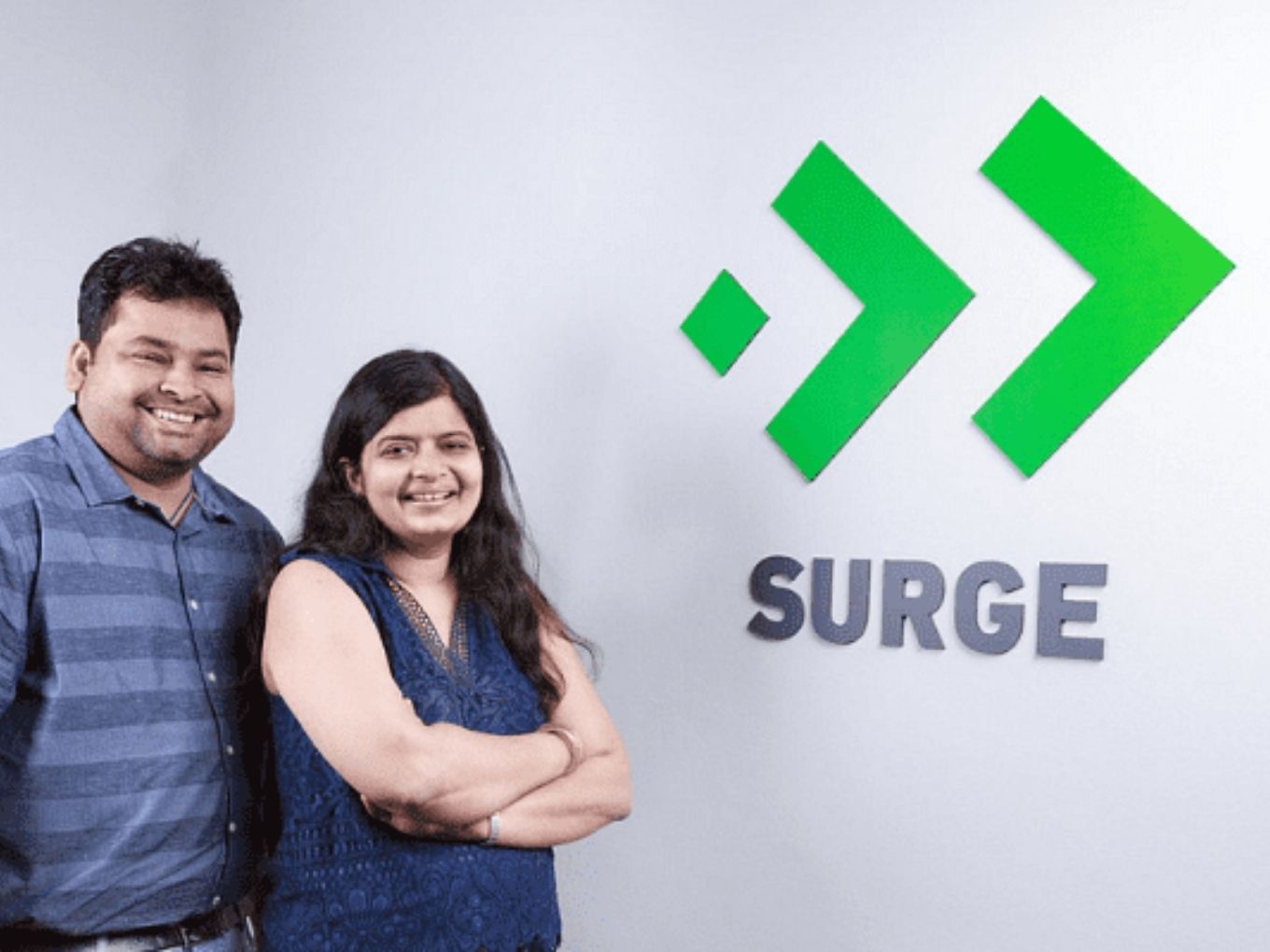 Doubtnut is clearing the doubts of students from Tier 2 and Tier 3 cities, but can it resolve payment and profit issues to ensure sustainable growth?

The adoption of edtech platforms was at an all-time high in India after the Covid-19 pandemic mandated physical institutions to stay shut for months. Given the scenario, dominant players like BYJU’S, Vedantu and Unacademy managed to woo and onboard millions of students across Tier 1 cities. But those residing in semi-urban and rural areas lagged due to limited access to digital infrastructure, lack of e-courses and the absence of trained teachers who could conduct online courses. The outcome: A massive section of the student population remained ill-equipped and underprepared to cope with the new normal even though the sector clocked a 223% rise in funding last year, across 101 deals.

But a few exceptions are out there who have mostly focussed on non-metro students. One of them is Doubtnut, a startup catering to standards 6-12 students from Tier 2 and Tier 3 locations and prepping them for IIT-JEE, NEET and other important exams.

“Around 90% of our students are from outside the top six Indian cities. They come from places like Bettiah, Saharsa and others, and their parents are mostly farmers, daily-wage earners, NGO workers and so on,” shares Tanushree Nagori, cofounder of Doubtnut.

The Anatomy Of Doubt Resolution

The company was set up by Aditya Shankar and Nagori in 2017. In March 2020, Ravi Shekhar, Vedantu’s former chief business officer, also came on board. The idea came when Shankar and Nagori ran an offline coaching institute in Gurugram for IIT-JEE exams. While coaching thousands of students every month, they noticed that students had loads of doubts regarding the subjects/lessons. It was one of the biggest challenges they faced, and nearly 80% of the coaching time was spent resolving those doubts. Besides, there was a general inclination towards learning in vernacular languages.

Thanks to these insights, the duo decided to go the extra mile and develop a ‘doubt-resolution’ platform with the help of image recognition, natural language processing and proprietary machine learning algorithms. So, Doubtnut came into being, providing video-based solutions and responding to students’ queries in vernacular languages.

The way Doubtnut works is simple enough. Here, a student clicks a snapshot of his/her query and uploads it on the platform. As soon as it is submitted, the person will get a text message or a video-based solution that will explain things as lucidly as possible.

“We have made sure to keep technology at the centre of everything we do so that we can offer our solution at an affordable price,” says Nagori. “Doing it manually will increase the operational cost.”

The platform was initially launched to clear math-related doubts. And it led to 100K daily queries and close to 200K monthly active users (MAU). “We get about 2 Mn questions every day on our platform,” says Nagori. Doubtnut has emerged as a popular go-to option among student communities as it recommends the right content, including live classes, notes and tests to help students learn better, she adds.

After the successful product-market fit, the company started to expand its services and language options. Currently, the platform is available in 11 languages, including Hinglish (a mix of Hindi and English), Bengali, Telugu and Kannada, among others. The startup will be adding more languages in the coming months.

Doubtnut claims to have around 35 Mn MAU across all digital platforms, including its website and mobile app, YouTube, WhatsApp, Facebook Messenger and Instagram. The company aims to expand its user base to 100 Mn by the end of 2021. But as per Similar Web, it had about 25 Mn MAU across all platforms at the time of writing this article.

How Doubtnut Is Cracking Digital Payments

Although the startup claims to solve millions of queries on math, physics, chemistry and other subjects, can it generate adequate revenue from underprivileged students who form a big chunk of its user base? Moreover, accessing the right kind of digital infrastructure for learning (smartphone and internet, to be precise) and making online transactions to avail these services are easier said than done as most of the students hail from Tier 2 and Tier 3 locations as well as rural parts of the country.

“We are simultaneously working on solving payments issues,” says Nagori. As of now, 60-70% of the students are paying for their services, and for many, it was their first-ever online purchase.

Nagori has not provided too many details regarding payment integration citing confidentiality issues. But a close look at the company’s app reveals that the startup offers a wallet feature (DN Wallet) where students can add money using Paytm, WhatsApp Pay, UPI, debit card, net banking and other methods to access paid and premium content on the platform. And its services cost between INR 5 and INR 3,000.

The app also provides an option to recharge the wallet through Airtel Payments Bank, where an automated coupon code gets generated. A student can show this code at the nearest recharge store to make offline payment (INR 100-10,000).

Students can also opt for a flexible ‘sachet’ mode and pay upfront for the modules they need instead of paying a lump sum amount for a monthly, quarterly or annual subscription as charged by other edtech companies. Doubtnut is also experimenting with a longer-term subscription-based model for live courses and other related offerings like videos-on-demand and notes since September 2020.

“It is an exciting phase for edtech startups, particularly for those catering to students from Tier 2, Tier 3 and semi-urban regions. Most edtech startups are at it, but integrating multiple payment options, which have deeper penetration in these regions, will accelerate their growth multifold,” says Utkarsh Sinha, an angel investor and managing director at Bexley Advisors, a boutique advisory firm supporting tech/media companies and investors in their early funding rounds.

Of Profitability, Growth And Competition

Backed by Waterbridge Ventures, Tencent, Sequoia Surge and Omidyar Network, Doubtnut has already raised $19.5 Mn in multiple rounds and will be raising more in the coming months for business expansion.

According to its corporate filings, Doubtnut posted INR 17.5 Lakh in revenue in FY2018-19 compared to INR 4.6 Lakh in the previous financial year. Its losses came down to INR 15.6 Lakh in FY19, from INR 24.5 Lakh in the year-ago period. The company is yet to achieve profitability but says it is currently focussing on product development and increasing its market penetration.

Doubtnut has declined to comment on the last fiscal’s revenue metrics but said it had grown 10x between September and December 2020. In fact, the company claims to have recorded a 213% rise in DAU on its app in the past 10 months and a 400% surge in the number of questions asked. The team has also grown to 231 members from 80 employees in February 2020.

With its multiple revenue models in place, Doubtnut is looking to clock $30 Mn average recurring revenue (ARR) by September 2021. It is also looking to expand its offerings like live courses to cover various state boards and competitive exams across India besides scaling its technology, products and growth in the coming months. “We are also exploring new geographies outside India,” says Nagori, without revealing the details.

While Doubtnut competes with edtech majors like BYJU’S, Vedantu and Unacademy, and there had been speculations regarding its acquisition, the company claims it has the first-mover advantage when it comes to resolving doubts and catering to the next half-a-billion users from Tier 2 and Tier 3 cities.

But a close look at the startups in the edtech space reveals that BasicFirst and Quizziz are also offering a similar solution around doubts and questions. However, the use cases are likely to be different. Recently, Quizizz said it would be adding more Indian languages to its platform to cater to semi-urban and rural audiences.

But Doubtnut sticks to its claim. “Right now, nobody in India is offering doubt resolution,” said Nagori, adding that the company is way ahead of others in terms of scale, content repository and understanding students’ mindset. “I don’t think anybody can do it even in the next 18 months.”