Healthcare Startup Tricog Aims To Render Heart Attack Mortalities, A Thing Of The Past

Healthcare Startup Tricog Aims To Render Heart Attack Mortalities, A Thing Of The Past 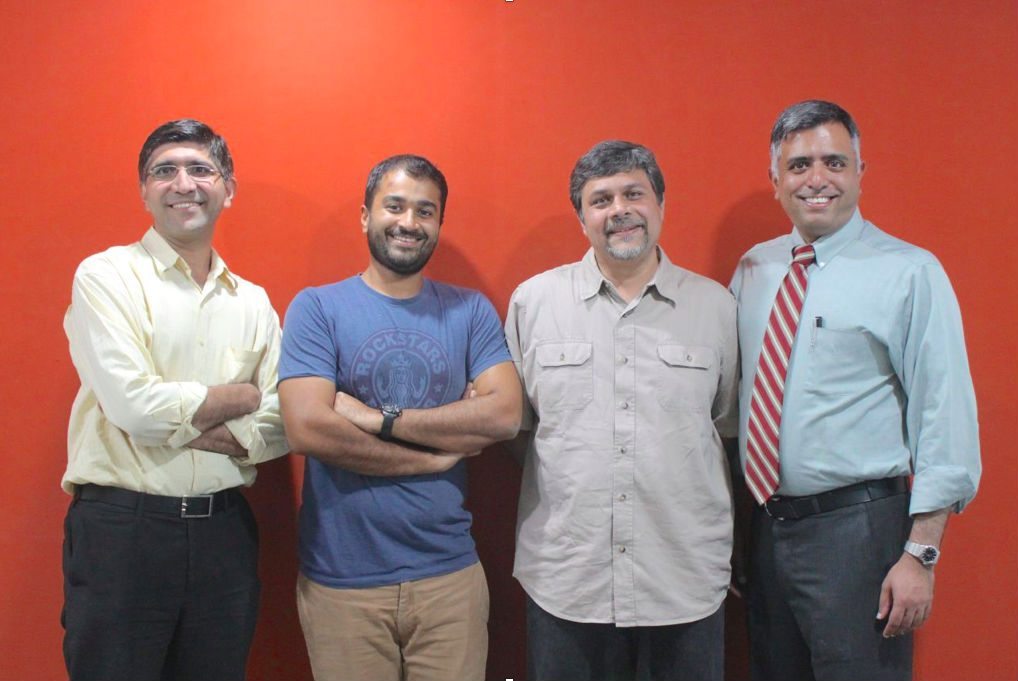 After his wife got injured and passed away while attempting to get to the only nearby hospital across a mountain, Dashrath carved a road through that mountain to reduce the distance to the nearest hospital for others.

It took Manjhi 22 years to do so, but it seems Dr. Charit Bhograj is hell bent on accomplishing a similar life-saving feat in lesser time!

An interventional cardiologist with over 16 years of experience, Dr. Charit came across several incidences in his life wherein the delay in diagnosing or bringing the patient to the hospital proved fatal.

Citing just such an incident, he says, “Around 5-6 years ago, a young 40-something gentleman felt some pain in his chest, so he approached a nearby general practitioner (GP). Now, 70% of GP’s in India do not own an ECG machine and ironically, the symptoms of acidity and heart attack are exactly the same. So, the ailing man was diagnosed with acidity but four hours later, he had to be rushed to a hospital because he was having a massive heart attack. Though I had been able to save his life; but the prospect of a 4-hour delay is absurd – the amount of heart muscle that must have been damaged in that much time!”

Considering the stats, in India alone, 5 Mn people suffer heart attacks every year and 3 Mn of them don’t survive. Forget rural, the average time it takes to diagnose a heart attack even in urban India is 360 minutes. The chance of survival with this delay is a mere 20%. If this delay were reduced to 90 mins, the survival probability jumps to 80%.

Determined to carve a path out for this mountainous problem, Dr. Charit set out on his journey to build Tricog – with a mission to equip every doctor or even a low profile healthcare personnel with the ability to diagnose a heart attack and quickly coordinate with the nearest care centre.

“The treatment for heart attacks has become quite cheap in India. It costs about INR 1,000 per injection, and in government hospitals, it is again free of cost. So, India has solved the problem of treating people facing heart attacks – what is very much unsolved is the timely diagnosis and immediate care. This is what Tricog brings to the table,” says Dr. Charit.

Building Up The Team

Being a medical professional himself, Dr. Charit’s hunt for complementary skills led him to Zainul Charbiwala, who was then working with IBM India. After spending several months conceptualising the idea and developing the product, they launched the company in January 2015.

Dr. Charit recalls the initial challenge he faced, “It took me close to a year to get this team up and running, as there are very few people who have the skill sets in technology, in machine learning, in hardware, and software.”

“All of them left their multi-million dollar jobs and worked without pay for only one purpose – each of them was motivated to give back something to the society. They come to the startup for this one purpose only, to use their competence and solve a problem in India.”

Dr. Charit initially tried connecting with existing ECG machine manufacturers. However, due to high costs and the required expertise in handling them, they couldn’t reach any specific solution for the problem pertaining to immediate and inexpensive diagnosis.

The Tricog team then built a cloud-based ECG machine, and appointed a team of 20 doctors who can sit at a centrally-located hub 24×7 in Bengaluru. The idea was to allow any doctor to take the ECG data of the patient using this machine and send it via cloud to the Tricog team of doctors.

Dr. Charit explains this further: “If you go to a Tricog-enabled clinic, with our equipment a doctor can capture ECG data and send it across to us. Our team then analyses and interprets this data and sends a detailed ECG diagnosis to the remote doctor on the device itself. And this all happens within a couple of minutes. In case, a serious issue is detected, the team also coordinates with the nearest hospital or care centre, so that as and when the patient reaches there, there is a standby team ready.”

The product and the service is offered on a pay-per-use model, so it also solves affordability issues for even small general practitioners. Also, the business model enabled Tricog to scale and reach even the remotest of locations.

“India is a place that requires doctors. Outside of the city, there is a great dearth of doctors. You go to rural India and you have to travel 100 kms just to get an ECG done, and we want to fix this issue. We want to provide every village in India the same level of accurate diagnosis that you would get at Fortis or Vedanta,” says Dr. Charit.

“Starting Up In Healthcare Is Difficult – Both Operationally And Funding-Wise”

At present, Tricog faces competition from a similar line of products such as a credit-card sized heart monitor called ‘Sanket’, acting like a portable, economical ECG machine. The device can measure a 3-lead ECG offering with as much efficiency as one can get from an expensive machine at a hospital.

Another product in this space is by Cardiac Design Labs, which has built a low-cost, wearable cardiac monitor, Mircam.The product aids in initial diagnosis and sends alerts to doctors.

There are also others, but most of them are US-based, including the likes of AliveCor, available in India through the Apollo Group of Hospitals. Another one is an interesting smartphone case Kito+, launched by a San Francisco-based company Azio, which also works as a fitness tracker and can even give an ECG.

However, Dr. Charit, believes that healthcare is the last place where technology has caused disruption. As he explains, there are two important aspects – one is actual usefulness of the product and second is the regulation around it.

Take the example of online pharmacy. As he explains, our Indian laws do not permit it, although it’s a good solution. However, the laws are designed in a way to protect the misuse of medication.

The second part is the adoption. To get a product that is useful to the end user is very challenging in healthcare. There are very few startups in the healthtech space and there’s a reason for it. This is a space where a product cannot go wrong. So, it needs strength and years to make sure what we are doing is beneficial. And some of the users are also not tech savvy, so one has to make sure that technology is not the barrier to entry.

As he tells, it took the Tricog team, a lot of time to make its product so user-friendly that even a compounder or a nurse can operate it. Also, another key factor in healthcare is that one has to make people trust the product. “We got lucky here. When we started off, the minute they saw what we were doing and the impact it was creating, they all signed up,” he adds.

“Like 200 years ago, stethoscope revolutionised health and medicine (invented in 1816), recent technologies like phones, search engines, algorithms, AI, big data, cloud-enabled services – all of these will directly enable doctors to not only diagnose patients better but customise and personally treat them. The next frontier of medicine will not come from the medical world but also the tech world – a combination of both.”

The Tricog team began with Karnataka and is now slowly expanding to Andhra Pradesh and Telangana.

It recently raised an undisclosed amount in Series A funding from Inventus Capital Partners, Blume Ventures and other angel investors. In September 2016, it also became the first startup to be selected by GE Healthcare’s accelerator, five.eight.

In the next two months, plans are to dive into Tamil Nadu, Kerala, Maharashtra, and Delhi.  “Our plan will be to be operating at 10,000 different locations over the next year. First to the Tier I cities and later to the Tier II and Tier III cities,” he says.

Tricog claims to have provided its service to over 120K patients so far. “We should be at a million patients by the end of the year. The number of patients that we can help and who can benefit from our services is a very important milestone. Last year we saved 7,500 patients and we want to tirelessly work so that no heart attacks are left undiagnosed,” says Dr. Charit.

All over the world, heart attacks have been considered as the leading cause of death and only early diagnosis is the key to ensure that a patient survives it. This is a space with excellent scope for remote patient monitoring, and we hope to find many more startups like Tricog who venture into it.

Healthcare diagnosis was historically a major problem due to the costs involved in procuring the diagnostic hardware. But in the age of cloud-based service provision, healthcare has the potential to face a paradigm shift for the better. The innovators in this field have been working on similar issues, but the ones which are able to provide the most cost effective solution will most likely prosper in an developing country like India.