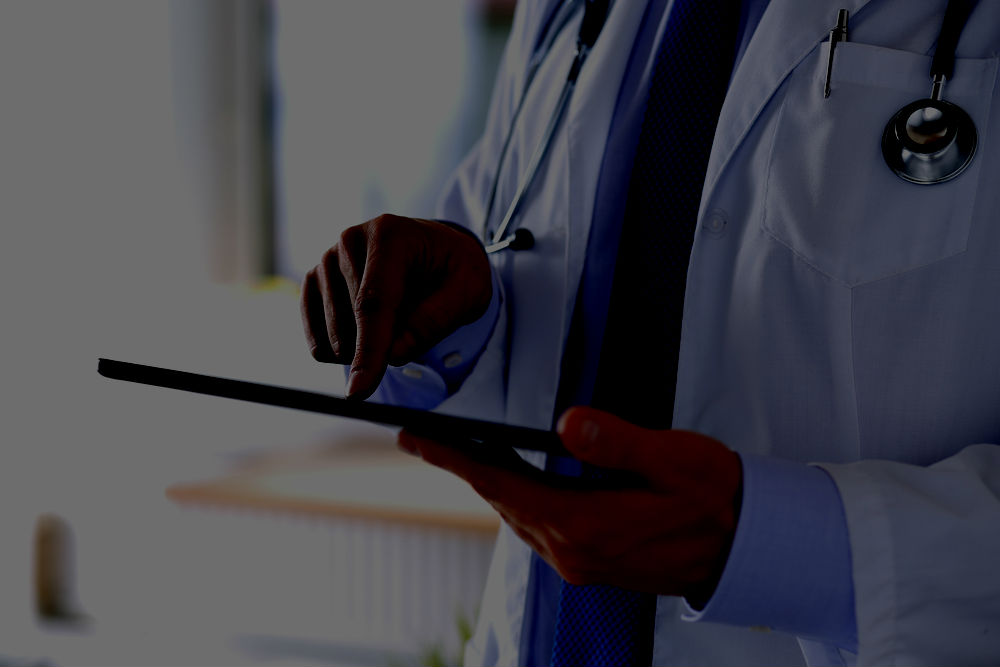 Coronary artery disease (CAD) now claims more lives in India than communicable diseases like tuberculosis, pneumonia, malaria, which were the leading killers in the 1990s. While maintaining a healthy lifestyle and diet aid to prevent it, monitoring the same is not as easy as say measuring your blood glucose levels with glucometers. Many people who suffer chest pains pass them off as gastric troubles, thereby augmenting the severity of their situation.

However, one disruptive device is aiming to change that promising to revolutionise cardiac care like never before. A credit card sized heart monitor called Sanket, which acts like a portable, economical ECG machine will make it possible to monitor one’s heart condition as simple as monitoring one’s body temperature with a thermometer.

Rahul and Neha Rastogi, developed Sanket under their company, Agatsa, along with their co-founder Nishith Chandra, Director, interventional cardiology, Fortis Escorts and Advisor Col Jitender Minhas, CEO of JSSSTEP. The inspiration to launch such an device came from a personal experience. In 2009, Rahul’s father suffered from CAD and was put on medicines to regulate his condition. However, monitoring his condition was a gruelling experience as he had to be rushed frequently to the hospital whenever he complained of chest pains, given that there was no other way to do so.

The duo looked for some devices to monitor his condition, but finding there were none available in the market, thus they decided to build one on their own. Both the husband and wife are engineers and this is where they leveraged their expertise to develop a prototype. Says Rahul, “We wanted to develop a device which would give one prima facie evidence of the severity of the chest pain, without going to the hospital.” However, the job was easier said than done. Realizing the complexities in building the prototype, Neha was the first one to quit her job and work full time for this endeavour. It took some dedicated 10 months to develop the first version. The duo painstakingly interviewed over 200 doctors and some 400 families afflicted with the disease. Last month, the finished and productised version of Sanket went on sale and 10 samples were lapped up in mere 2 days, this points out to the efficacy of this type of product. This version of Sanket is similar to the first and has a 5 mm width that is less than the slimmest iPhone but more than a credit card. 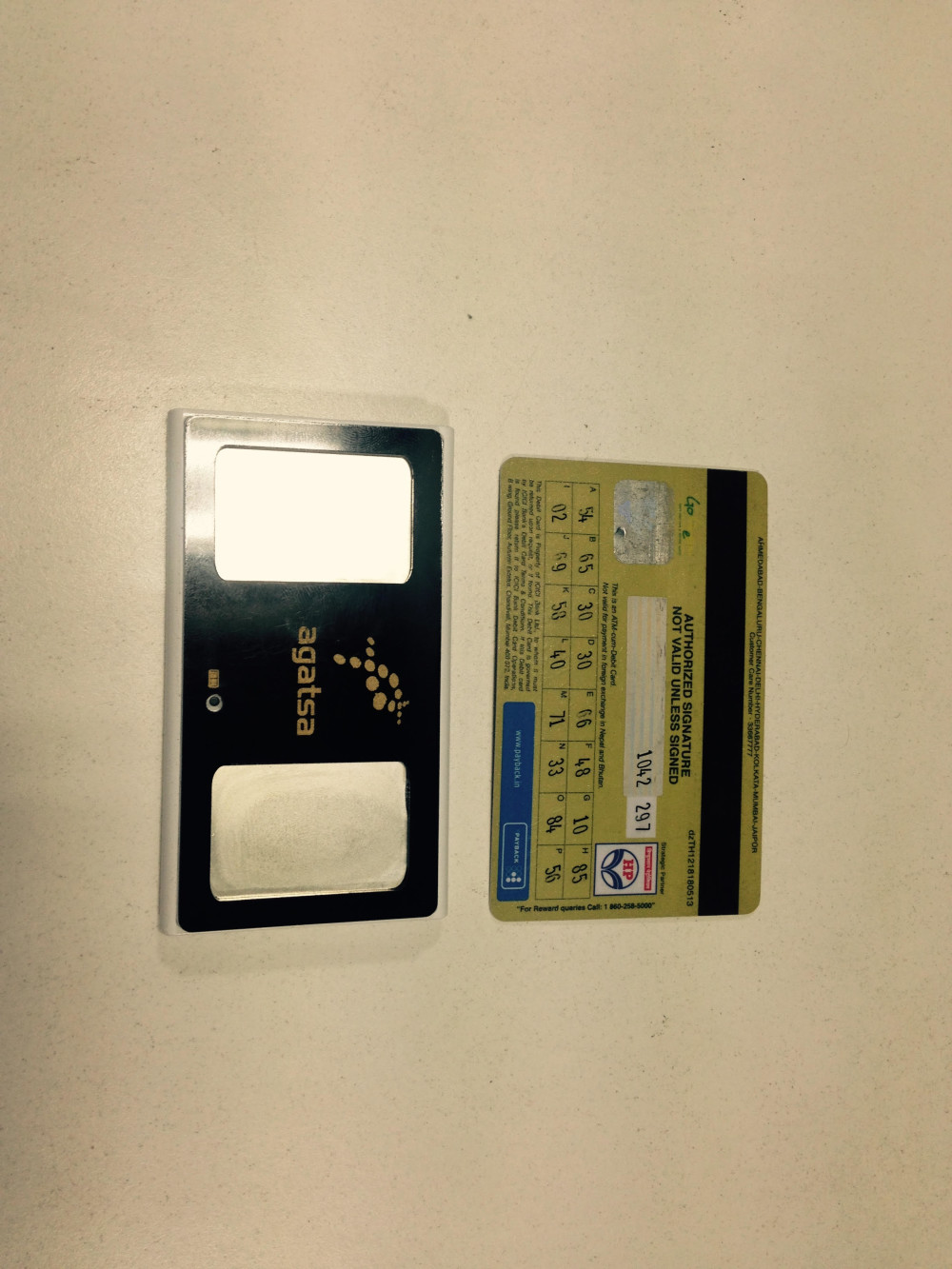 Sanket has been designed as a low power device and rechargeable like any mobile device. In fact once charged, the battery last about 7-8 months. The device can measure a 3-lead ECG offering the same performance which one can get from a one lakh machine at a hospital.

All readings are saved as regular ECG reports in the paired and free downloadable app on a mobile phone and accessible via cloud. The reports can be sent as PDFs to doctors for advice. Multiple patient accounts can also be created within the app to save readings of different users. Rahul adds that an algorithm can be added in a future version of Sanket, which will auto-differentiate between users and prompt new account creation in the app.

Many people experience chest pains which they pass off as gastric trouble and many of them cannot make a decision about its severity. So they decide to wait for 2 hours and hope it passes. Rahul however says, “Statistics say that if you wait for two hours then you will have 15% to 16% chance to survive. So the point is that you should have an ECG at the time that you are having chest pains which is not always possible.” 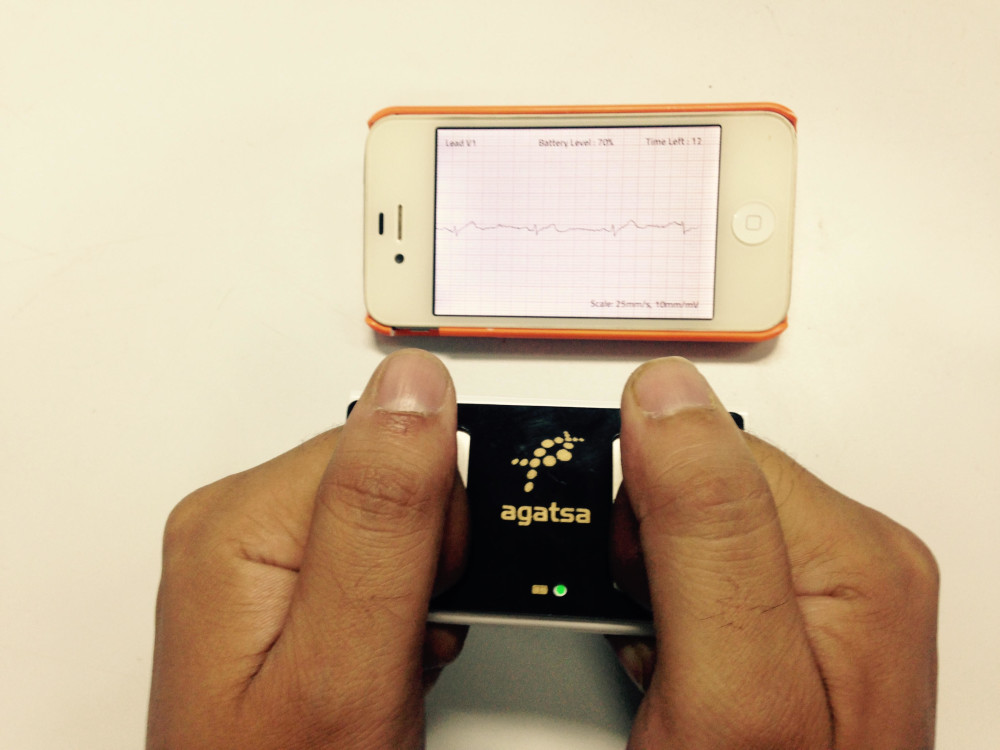 With Sanket, however, this is much feasible as it gives patients an immediate assessment of the scenario and peace of mind if gastric pains are indeed the cause of chest pains. One can immediately have an ECG, send the readings to a doctor and an ambulance can be dispatched prepared to deal with the patient based on the ECG.

Given the fact that CAD now tops as one of the killer diseases in India and the world, it is evident that people in need of such a crucial cardiac monitor are aplenty. Rahul points out that this number is upside of 150 Mn. “If one talks of NCR alone, the number of such patients is close to 10 lakhs.” No wonder a preventive healthcare device such as Sanket would benefit a vast multitude of these people.

“Today people live in nuclear families and they need an alert mechanism like this to keep track of the health of their parents and kith and kin staying away from them. Even when they are not physically present to rush their parents to doctors, with Sanket, youth living away from their parents can get a consultation from a doctor the moment they see a diversion.” added Rahul.

Even for those staying with their family, it saves them the hassle and mental trauma of frequent trips to the hospital at odd hours to monitor any change in their condition.

The device has also proved a boon for doctors. In fact, it has received recommendations from doctors at Fortis Escorts backing it. Agatsa in fact is targeting doctors as its first users so that in turn they can recommend it to their patients. Doctors who have bought the machine, are renting it out to their clients, thereby serving as effective channels to propagate the usefulness of Sanket in the cardiac healthcare ecosystem.

Sanket is priced at $300 (INR 20,000) and Agatsa will operate on a cash based model. Since its launch in the last week of August, $3,010 (INR 2 lakh) worth of revenue has been realized. For the current financial year, Agatsa is targeting revenues of $300K (INR 2 Cr), which it hopes to multiply three to five times in the next year. Rahul pointed out that he is getting repeat orders from doctors, which gives him confidence that Sanket will become an important part of the preventive healthcare ecosystem as well as that of family medicine cabinet.

The company is in talks with big distributors in Delhi and South India, who can bulk buy this product and then push it in the market. Simultaneously, given the global appeal of this device, it has also lined up distributors in the Middle East and Singapore. To increase traction, Agatsa would get the product reviewed by cardiologists, as well as run campaigns in residential areas next year.

On its way, the startup has also picked up funding from angels and institutions.  In February, it received funding to the tune of $30K(INR20 lac) from a government organization, the Department of Science and Technology. With the experts from government stamping the product, the second version of Sanket is also under development, for which it is has received a grant from another government body. If Sanket eventually becomes a part of the Accredited Social Health Activist(ASHA) program- one of the key components of the National Rural Health Mission- it will be a major boost for Sanket in its endeavour to revolutionize the cardiac healthcare ecosystem in India.

With funding in place, Rahul is looking up to scale Agatsa in terms of more manpower as well as the distribution network.

Currently, Sanket does not have competition from any Indian counterpart. However, there are competitors in this segment which are the US based and are now shipping such products to India. One of them is AliveCor, which is now also available in India, through the Apollo Group of Hospitals.

Rahul however thinks that the US based competitors are less in sync with Indian ecosystem. In the US, the consumer is more aware of preventive healthcare and would buy such a product directly from the website. However, in Indian ecosystem, preventive cardiac healthcare as a concept is still yet to catch up. Hence Agatsa’s emphasis on enrolling doctors to endorse Sanket, which thereby would enable easy adaptation by the end users.

He adds that the US based products are designed keeping in mind good bandwidth, while Sanket takes into account the fact that internet connectivity could be a problem in certain areas and thus has provisions to send reports by sms too. Though the product is priced at not such a nominal price of $300, Rahul believes that as doctors rent it out to end consumers, this would enable the product to slowly make its way in the Indian households.

With the first 10 samples sold within two days of the launch, it looks that Sanket has potential to disrupt the way the cardiac healthcare system functions in India. While the initial price might be a bit prohibitive for it to become an immediate part of the Indian household’s medicine cabinet, going forward it might become a possibility when Agatsa launches the second version. Sanket 2.0, which will come with additional features like measure sugar, blood pressure and temperature in addition to ECG, making it a one stop solution for monitoring health on the go.

Given the fact that Agatsa is roping in doctors to endorse and help propagate Sanket, it might signal the beginning of a change in mindset towards preventive cardiac healthcare. With the rise in incidence of cardiac diseases in rural areas as well( Rahul points out that the ratio of urban to rural ratio of heart disease is 55:45), Sanket can become an effective tool in tackling the problems posed due to  lack of essential medical facilities in rural areas.