If you think it is hard to be an entrepreneur, you should try bootstrapping

If you think it is hard to be an entrepreneur, you should try bootstrapping 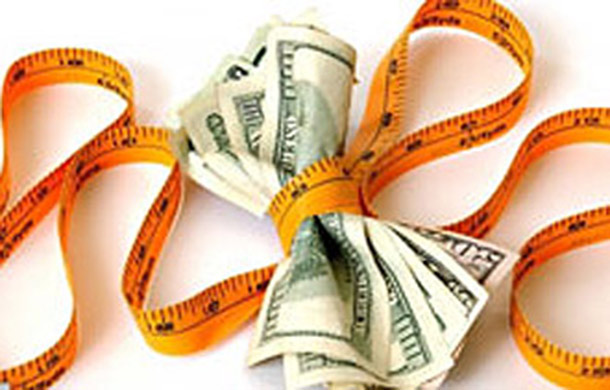 I met with 2 entrepreneurs from the Microsoft Accelerator last week for lunch. Both are among the nicest people I know.

The first entrepreneur used to have a really easy job at a large technology company. He had a 9-5 assignment and as comfortable a life as you can imagine. Great pay, good work-life balance, and a family that was very happy and content. A year ago he decided to leave and start his own company. He asked his spouse and a close friend to join him as well. They are among the best developers, architects and engineers I have worked with given how diligent, thoughtful and industrious they are.

The first 4 months were spent trying to better identify the problem they were solving, which is one of those that’s really easy to explain, but hard to pinpoint. Meaning, the problem when articulated, was one of those which has everyone go “Yeah, that is a problem”, but when you dig deeper after 30 min, there were many workarounds that people had already figured out.

They struggled and pivoted, changed course, modified their release plan and kept brainstorming, talking to each other, seeking advice from many people and finally released an absolute dud of a alpha version. I used it and I am not sure what it did.

They changed course again. Over the next 6 months, they hunkered down, painfully pivoted and modified their goal posts again. Released a beta version, which most people went “huh?”.

I personally know that even if they did not succeed, they were so good that they’d get a job at any large tech company in a matter of a month. They were that good.

I was happy that they persisted though and secretly hoping they release a product that everyone of their critics would go “Oh wow. Like wow. Really”.

They left the accelerator a few months ago. The last 3 months had been the most painful he said. He had so many fights with his wife, his father, his co founders, family and many sleepless nights, that he was extremely tired and at the point of giving up.

The team stuck through the lows and kept trying to find a way to solve the problem they felt was rather important to solve.

When he met me last week there was a man I met who had been to hell and lived to tell the tale.

They had just raised $800K in funding (money in the bank, yay!) and had commitments for another $200K.

Then he mentioned how he endured the lows and the number of days he cried and wept himself to sleep over the last 2 months,

I could relate. Those are exactly the set of emotions I have been through many times in my life.

The first 6-12 months of your bootstrapped startup are hard. If you think something is hard, take that and multiply it over 100 times, and imagine doing an alpine, freestyle, obstacle course avoiding maneuver on a double black diamond. It is that hard.

The worst part of the journey is the emotional roller coaster.

The downs, the further downs, the abyss and the chasms. There is no up. A “down” actually seems like an up.

I met him 8 months ago when he was introduced via a mutual friend. He was a very experienced trade professional with over 20+ years of successfully running his own company, but not in the technology space.

Here was a man, who had made good money, built great relationships and had some excellent success as a services professional.

He and his American co founder then decided the future was in building a product. The only problem was they were not developers or technical people. They had to hire a team of technology experts to build their product.

They did get a “verbal commitment” from angel investors in Hyderabad, who backed off at the last minute. They had been bootstrapping for over 21 months.

The most amazing part was their customers were so excited to use the product, some of them gave an advance (small amounts of money but real hard cash) for their product.

Since they were not technical experts, they made many product mistakes. They underestimated the amount of time it would take, they put a really bad user interface together which most people could not figure out and they also hired wrong.

The most poignant part of the story was when he told me that his wife and he had to move apartments 3 times (that’s 3 moves) in the last year just so they could keep reducing their monthly burn rate at home.

Imagine moving kids, your wife, uprooting your family so many times so you can follow your passion.

He caught up with me to tell me about their seed round. They just closed $500K with a commitment for another $1 Million from investors outside India.

To them and all the other entrepreneurs who have endured these and many worse things, there’s nothing more I can say. I am just in awe.

When you could easily “get a simple job” and “enjoy life”, you chose to take the road less traveled and the harder path.

There’s another part of the story I want to highlight.

These stories are ones that ended on a happy note – well they both got funded.

For every two of these entrepreneurs, there are 100′s I know whose story did not end up with funding.

It ended with a company that closed, or a marriage that fell apart and a kid that had to go to a tier 2 college, because they had spent a lot of their life’s savings in their startup.

To them as well, I say “you tried, and did not succeed, but you did not fail”.

Those who “failed” are the ones who did not try at all.

The ones who failed are the ones in a safe job, 9-5 assignments who keep telling me “they want to start a company some day”.

I think we should have entrepreneurs that succeeded and those that did not succeed.

The ones watching on the sidelines and commenting are the ones that “failed”.