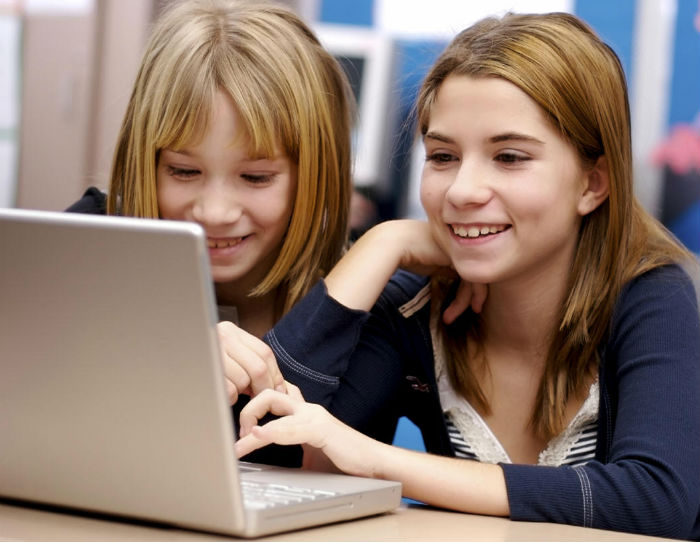 With passing years, more and more competitive exams in almost every field are going online. As per facts, all together over 1.8 crore students takes these exams every year. And with global online learning market expected to reach $107 Bn this year, a bunch of startups have already started filling in the gaps.

One such startup competing in the test-prep market is Testbook.com, launched in January last year, with a team of 30 and 6 co-founders viz. Narendra Agrawal, Ashutosh Kumar, Yadvendar Champawat, Abhishek Sagar, Manoj Munna and Praveen Agrawal. This Mumbai-based startup aims at building a personalized one stop solution for all competitive exams in the country.  The idea is to reach the remotest corners of the country, creating opportunities by leveraging technology to its maximum.

What Testbook has to offer

Usually the students are either provided with Mock Tests or previous year papers, which they can solve to judge their speed and accuracy. However, at Testbook, one can take  Live Tests, which are designed to simulate the exact environment of the actual exam. As explained by Ashutosh,  Live tests offer students all over the country to appear for the same test at the same time, which allows for accurate benchmarking of students at the All India Level. “Students often cave in to the anxieties of the big day because of the unfamiliarity and magnitude of the occasion. With the Live Test, students get to face the same environment in a controlled manner,” said Ashutosh.

Once the test is submitted, one has to share about the test series compulsorily on Facebook or Google (well..this was a bit annoying ). After that the student can see his performance analysis on the dashboard.  Machine Learning models are employed to deliver useful analytics not just at the topic level but down to the level of questions.

The analytical charts are drawn on perimeters such as Accuracy, marks distribution, Rank, Percentile, etc. Not just that, a portfolio for each student is maintained which showcases the number of attempts, Total time spent, Accuracy Breakdown, Marks breakdown and more. “We use the latest technologies to make the platform scalable and optimize it for mass audience we strive to reach for. These include – Golang, PHP, Mysql, Nodejs, Redis, MongoDB, Java and Python.”

They also provide banking and insurance tests in Hindi language. “With over 60% of the 80 lakh banking aspirants writing exams in Hindi, providing tests in Hindi becomes an extension of our initiative that no student be left behind because of the lack of accessibility,” said Ashutosh.  To add to this, Testbook will be rolling out its Adaptive Practice Module bundled in its elearning mobile app, which is due for release into the wider market next month.

In october 2014, the team has raised $250K (INR 1.5 crore) in the Seed Round through LetsVenture, led by Utsav Somani and was backed by Shankar Narayanan, MD of Carlyle group. “There are players with vertical based approach but in my personal opinion players like Testbook.com with a solid analytical platform and horizontal approach will provide a more holistic test preparation solution to the students,” said Utsav.

Also, the founders claim that Testbook have the lowest bounce rate (24.1%) and highest daily time on site (10:21, higher than coursera.org) as well as highest daily pageviews per visitor (7.30) in the industry.

Other prominent startups in this space

EntrancePrime, a Noida based eportal offers online test series for engineering, medical, IAS exam etc., preparations. Every chapter the student practices is in the format of timed test just like the final exam. After every test, the portal provide detailed analysis of the performance and compare it on national level. A self funded venture, it has 1.5 lakh registered students and receive 500 new registrations on an average everyday. Also 14 crore + questions have been attempted so far by the students.

Embibe, based out in Mumbai, offering similar services, the startup had raised over $4 Mn funding. It aims to provide mass education irrespective of geographic, demographic or infrastructure issues.

Plancess, another Mumbai based startup is at present, totally focused on preparation of IIT-JEE. They have raised a total $3 Mn from promoters of Aarti Group to cover all formats of the test prep market – print, digital, online and mobile. Also, the team is planning to foray into other avenues starting with medical examinations.

Next in line is Toppr, which has to date raised $12 Mn and has acquired another elearning portal, EasyPrep. Focused on K12 market valued at $8 Bn, Topper presently has more than 1,50,000 students benefitting from it.

Testbook founders also admit that there are several good platforms, but they also claim that there is nobody quite like them in the market, in the space of post-graduate competitive exams alone. As per founders, the quality content, analytics and live tests at Testbook are key differentiators against other portals in the space.

Currently the test preparation market size stands at over 18 Mn students, with an annual growth rate of 20-25%. At an average ticket size of INR 10000, the market value currently stands at around INR18,000 crore. “But this number is set to grow faster as greater emphasis is placed on post-graduate specializations and better pay in public sector careers,” said Ashutosh.

However, Testbook aims at expanding to markets not covered under these. As per Ashutosh, currently, due to the unavailability of affordable classroom education, and brick and mortar preparatory classrooms in every remote village, a lot of candidates do not end up taking these exams. Testbook aims at rectifying this.

What Industry Leaders Have To Say

The online test preparation market is at a point of inflexion, poised to boom over the next 2-3 years. It can be broadly divided into test preparation, tutoring and online courses. E-learning in India is the next big thing after the ecommerce success story and is anticipated to reach $1.28 Bn by 2017-18.

“With nearly half the population of India below the age of 25 years coupled with increasing penetration of internet and mobile devices in this region, We feel technology and data sciences can bridge the personalization gap in education and make a big difference to learning outcomes,”

Also, as compared to a lot of western (developed) markets where online is an intrinsic part of preparing for any exam, India is witnessing ed-tech for the very first time in its full glory. While one would find a lot of MOOC’s (Massively Online Open Courses) thriving globally, the focus in India, and a lot of similar emerging markets, is still very much on learning outcomes or improving marks.

The aversion towards making an online purchase is fast diminishing which would open doors for the online test preparation market as well. “In the coming years, we perceive that personalisation and adaptivity would gain importance as data science algorithms become increasingly accurate. Teachers and Parents could also be interested in insights regarding their students & children respectively, so teacher / parent reports would also become more of a norm.”

Though in absolute terms the spend on education would be less in India, the share of spend in household income that is spent on education is significantly higher than in global markets. Also, Asian parents are competitive when it comes to getting the best for their student. Word-of-mouth has tremendous influence on purchase behaviour. So a product that is beneficial for students would invariably be discussed by parents and bought by more parents.

The test preparation market is currently dominated by classroom coaching which is highly unorganised and students are often deprived of best resources due to geographical constraints. Online preparation is an answer to this. The market opportunity in this sector is huge and the ecosystem is conducive to cater to online consumption of content and resources.

In next five years, we feel that if online learning can not replace the traditional classroom, it will definitely complement it with better reach, analysis, personalisation and will increase the competitiveness of examinations by providing a level playing field for aspirants of small towns who were earlier deprived of best resources. Also, since Indian students are much used to self-study, a learning platform in India has to integrate well with the traditional classroom rather than being an alternate.

If we talk about IIT JEE, more than 1.4 Mn students appear every year, apart from this, there are several other entrance tests which include engineering, medical, accounting, IAS, banking, etc. Besides entrance examinations, there is a substantial opportunity in certification programs such as CFA, PMP, etc which need the applicants to give a test too. Thus, the present market is far away from saturation. And in words of Nitesh, As long as products can do 3 things – save money, save time & deliver results – the consumer would be more than willing to go for it. The current set of players are witnessing success because they’re doing exactly that.