Socialgiri: A Social Networking Hub That Is Changing The Way We Connect With The Celebrities

Socialgiri: A Social Networking Hub That Is Changing The Way We Connect With The Celebrities 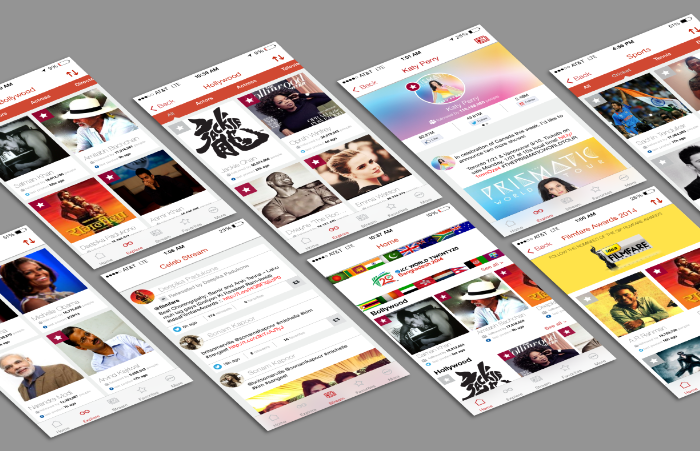 Discovering a celebrity on social media can be challenging and time-consuming due to parody accounts, competing platforms, confusing account names and the lack of time. Created with a goal to become the social networking hub for the entertainment industry, where everyone from fans to celebrities discovers, realizes and monetizes their star power, Socialgiri is an app that curates their own entertainment industry social stream, choosing among over 500 social media celebrities from Bollywood, Hollywood, music, sports, fashion & politics.

Socialgiri app was launched in October, 2013 with its availability on iTunes for iPhone  and Google Play Store, recently has been launched on iPad.

“We released this iPad version to thank our users for the 20,000+ downloads as well as respond to the demand we are seeing from the communities we serve.” says Co-founder and CEO Masood Khatri. “We’ll continue to grow in tandem with our users,” he continued, “and based on their suggestions, we already crowdsourced more than 300 stars that have been added to our original list of 200 celebrities.”

How the app works?

Who are the users?

“We are targeting 13-28 year old smartphone and tablet users in India, said, Co-founder, Socialgiri, Margaret Simons.  The app is catering to people who enjoy hearing directly from film, television, fashion, music, sports and political icons whether they are social media savvy or not. It offers customized celeb stream for our user’s favorite celebs so that they can have the most up to date information on the people they care most about.

With its availability on iOS and Android platforms, as of now the company has no plan to launch on Windows, but the company will be considering the Windows Launch in the future, said Suhail Ahmed, Co-Founder, Socialgiri. The startup will now be looking to raise angel financing to launch new features which will be introduced soon.

Do check the app on App Store or Google Play, and let us know your views.