Sendit Paves The ‘High’ Way For The $130 Bn Trucking Industry

Sendit Paves The ‘High’ Way For The $130 Bn Trucking Industry 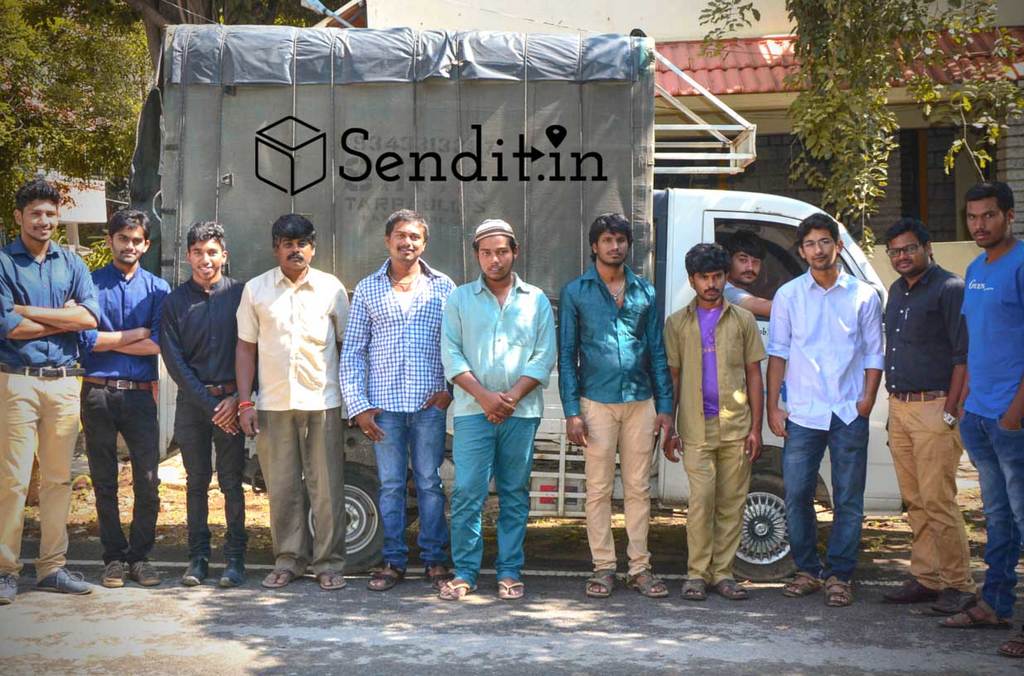 Not long ago, when Uber or Ola were names unknown, the term cab aggregators was unheard of, people usually depended on the limited public transport options for intra-city commute. Those fortunate enough to own a private vehicle would escape the hassles of daily commute.

The scenario has changed and how. Massive ‘uberisation’ of the transport system is conspicuous in every single metropolitan city in India. If you’re living in cities like Delhi, Bangalore and Mumbai, chances are that to visit a relative in the distant corner of the city or attend an important meeting, the first thing you do is to open the Uber or Ola app on your smartphone and book yourself a ride, without having to worry about hailing cabs/autorickshaws and chasing city buses.

The revolution in public commute system got the attention of four young men. They realised that another major transport segment could also do with some restructuring. They decided to tame the elephant in the room, the massive trucking industry in India.

Four friends, Darpan, Naveen, Pankaj and Puneeth, wanted to make the most of their long weekend and set out on their motorbikes from Bangalore to Davangere, making the most of the open highways and the lush greenery around. However, much to their chagrin, it was more the goods-laden trucks that met their eyes than nature’s beauty. Perturbed however they were then, the imagery of hundreds of trucks transporting goods along the highways, sowed the seed of an idea that would change the narrative of their lives and the trucking industry.

All of the four had dabbled in business. And that experience helped them identify the lack of organisation and sub-standard state of the logistics sector. For any business, hiring vehicles to transport goods on an intra-city and inter-city level is a massive headache, thanks to multiple bugs in the system like unregulated pricing, unreliability and massive levels of corruption. There was a need for the sector to shift its base to digital for more transparency and accessibility. Working on that premise, Darpan, Naveen, Pankaj and Puneeth founded Sendit.in, an online logistics marketplace looking to rectify the inefficiencies of the local trucking industry.

To put it simply, Sendit is an online platform for intra-city logistics, where shippers connect with trusted carriers to ship their goods from one place to another within a city. A customer can book a vehicle through the mobile app or a phone call. Once the booking is confirmed, the customer receives an SMS with Estimated Time of Arrival (ETA) to pick up the goods. The customer receives another SMS once the goods are delivered at the stipulated drop-off point. Sendit also provides helpers/labors for the loading and unloading of the goods.

To ensure transparency, a customer can get a quote of the estimated cost before confirming an order. No additional charges are levied on the confirmed cost except in the case of change in pickup and drop-off location or if the waiting time exceeds.

Customers can check the status of their shipment by contacting the customer support team at Sendit.in. The team is also working hard on a real time GPS tracking system.

The customer can choose between two options for payment – at the pickup or drop off point.

For the transport operator, Sendit helps plan efficient transactions. One of the biggest problems a transporter faces is that, most of the time, the vehicles run half-empty or empty resulting in losses. The startup addresses  this problem  by clubbing orders or pick-ups of a particular area, so that a transporter runs on a full load.

Currently, the company receives requests from customers who are looking for light commercial vehicles to ship goods from one place to another within a city. At times, there are requests for heavy commercial vehicles and inter-city transport. The company plans to cater to these types of requests by providing a better lead time through vendors already registered on the platform.

Initially, the company started with a contract basis model with the driver partners. However, it is now in the process of shifting to a pure marketplace model. Sendit charges a 5% commission from the driver partners on every transaction.

Till date the company has served around 150 plus unique customers with 80% customer retention rate. Currently the company is handling 1000 plus transactions per month with about 30 driver partners onboard, in Bangalore and Pune.

Since its inception in June, 2015, Sendit.in has been registering 100% growth MoM with a 70% utilisation rate.

Operating in two different cities – Bangalore and Pune, the startup is not cash flow positive as of now. However, the founders are hopeful that with the move towards a pay-for-performance (P4P) model, the company will soon rake in profits. In Pune, the company is running on profit, even though it’s working on a contract basis with driver partners.

The Indian trucking industry is currently valued at $130 Bn and there are approximately 5.6 Mn vehicles on road transporting 80% of the country’s freight. As per an ICRA report, the medium & heavy commercial vehicle (M&Hcv) truck segment posted a positive growth of 19% in the financial year 2015.

Road transportation contributes to 5% of India’s GDP and the serviceable market is currently around $70 Bn.

Looking ahead with optimism, Sendit.in is currently focused on businesses which require logistics support at an intra-city level.

The logistics sector is considered to be a very lucrative market and many players have entered it, eyeing the same prize as Sendit. Trucksuvidha, Truckmandi.in, Truckfirst, Moovo, Blowhorn and the Karrier are some of the better known names. . The Mahindra group also recently launched SmartShift, an exchange platform for cargo owners and transporters.

However, according to Darpan, Sendit’s biggest competitor currently is ThePorter. The Mumbai-based shipping company offers features such as real-time tracking, auto-notification and digital trips logs (km travelled, login and log-off time, route replays etc.). Darpan, though, remains hopeful. He points out  that although ThePorter is offering 30% less than Sendit’s current rates, it has not been able to affect Sendit business and growth. He believes that promptness and reliability are the two factors helping the company to grow despite doing business in an over-crowded market like Bangalore.

Sendit plans to increase the fleet of vehicles are also on the table. Currently, the company is running a few pilot projects to garner new information about potential customers and implement the knowledge to improve its technology.

The end goal for Sendit.in is to become an end-to-end solutions provider for all the logistics needs of small and medium businesses and connect the major cities in India in the next 2 years.

G Raghuram, dean of Transport Systems and Logistics at IIM-Ahmedabad, says, “Online truck marketplaces can play a role in the industry in determining the profile of fleet to be onboarded, location of warehouses, loading facilities and the technology behind it.”

It is no secret that the $130 Bn trucking segment is increasingly proving to become the backbone of the Indian logistics industry and is crucial for the country’s economy. However, despite the upward growth curve of the sector, issues that have been clogging the industry, cannot be ignored any more. Issues like rampant corruption, lack of efficient manpower/good drivers, lack of proper amenities for drivers, untimely deliveries and most importantly, the lack of technological advancements have stalled growth for sometime now.

Technology has helped cab aggregators tackle the problem of public transportation and make it more organized. The trucking industry players can do well to learn from this example and leverage the benefits of technology in order to make the industry more organized and efficient.

While focusing more on customized experiences for intra-city deliveries can give a cutting edge to Sendit.in over its competitors, it’s only scratching the surface as of now. The journey ahead looks long and perilous and an insane amount of work needs to be done before they hit the gold.