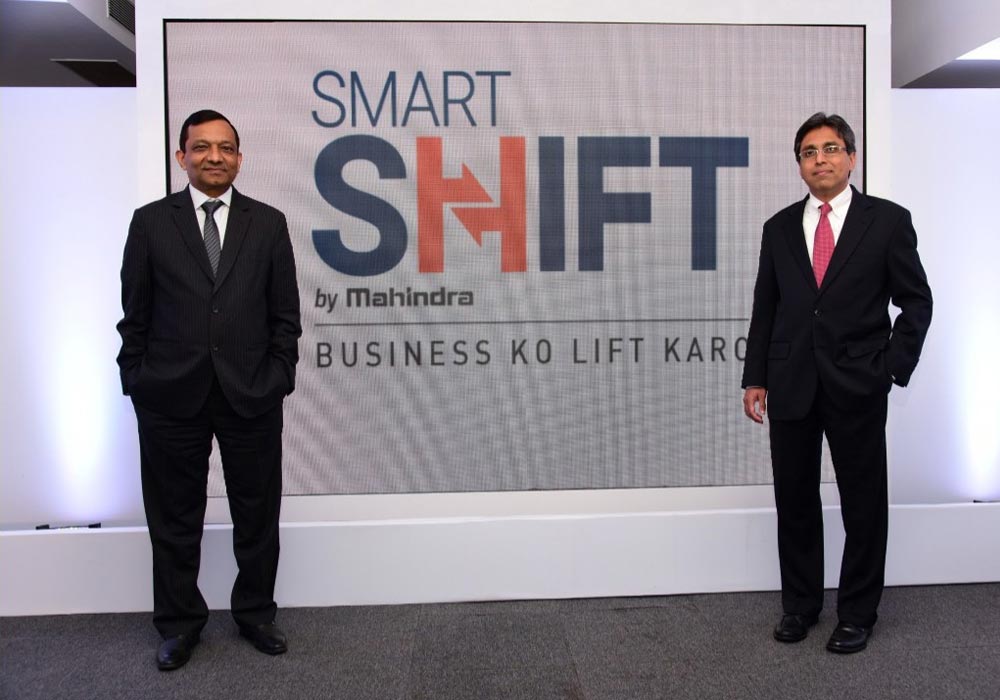 After launching its ecommerce venture  M2ALL.com last month, the Mahindra group has entered the logistics marketplace with the launch of SmartShift, a digital marketplace for intra-city logistics of cargo. SmartShift will act as an exchange platform for cargo owners and transporters, enabling them to work with each other.

Launched by Dr Pawan Goenka, Executive Director, Mahindra & Mahindra Group, Dr Anish Shah, Group President (Strategy), and Kausalya Sreenivasan, who will head the venture. The SmartShift technology platform will connect cargo owners and transporters and offer its services through an Android app, a website, and a dedicated call centre.

With SmartShift, Mahindra aims to offer transparent pricing, an efficient simple one click booking process and the ability to track and trace cargo on a real time basis post dispatch. The company is launching SmartShift in Mumbai, followed by other towns and cities across India.

Dr Pawan Goenka stated, “At Mahindra, we regularly challenge conventional thinking and create disruptions with our unique product and service offerings. SmartShift is one such idea that was seeded by a young team that has now been charged with growing this service offering independent of existing Mahindra businesses. SmartShift is a digitally enabled, value added service that would benefit both cargo owners and transporters.”

“Mahindra is the leading player in India in load movement with its complete range of vehicles. Therefore, we have a very good understanding of the whole ecosystem of small goods movement intra city. Hence, it was a natural extrapolation for us to go from selling a vehicle to creating a digital marketplace for movement of goods. And do it in a way that we add value to the load giver and the load taker or the service provider.” He added that the idea for creating such a marketplace which provides load givers access to load takers has been on the group’s mind since last three years. It was last year that the group gave serious thought to building it. 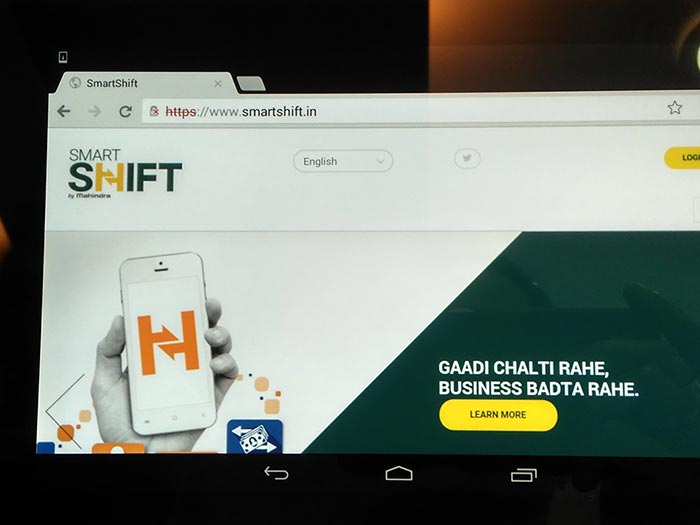 The SmartShift application will allow cargo owners to book a vehicle in less than 3 minutes, be able to negotiate the best prices through a unique first of its kind “BID” feature, choose from a range of certified and trained SmartShifters, and track the selected SmartShifter to ensure that his consignment is delivered safely. On the other hand, the application will allow cargo transporters to get more business through faster and easier order taking technology and look forward to a higher earning potential.

The SmartShift application is mainly targeted at Micro Small Medium Enterprises (MSME) as the cargo owners and small commercial vehicle (SCV) owners as the transporters. The venture will try to disrupt the fragmented cargo movement space which the Mahindra Group understands very well on account of its SCV offerings. The venture will operate as a separate business unit in the group and will be funded till its series A round by the group. Post that, it is open to pick up funding from outside the group as well.

As per Kausalya, CEO, the group started work with consumers on both sides since last year,  with more than 2,000 hours of research, with the first pilot being rolled out in Mumbai in many clusters this month. Mumbai was chosen as the city for the pilot project as the group is headquartered here, coupled with the fact that it is one of India’s biggest commercial markets, a very complex market with high adoption rate of technology, with almost 56-57k vehicles plying daily.

The logistic market is estimated to be about 5.5% of the GDP with the intra-city market, concentrated in the top 30 cities, forming a significant portion of it. Through this venture about 18-20 Mn SCVs pan-India are being targeted by Mahindra, with the no of transactions being targeted in a year close to 5 Mn. However, SmartShift is totally brand agnostic and SCV owners who register on the platform do not have to sign any exclusivity contract with it. 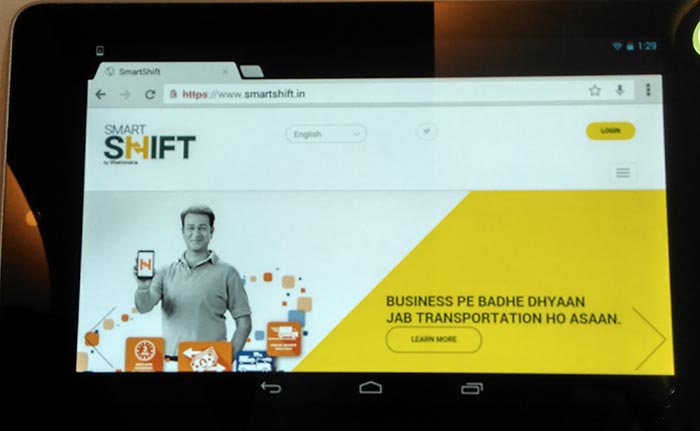 As per the Group’s estimates, the SCV industry is expected to reach 1 Mn units by FY 2021. The key demand drivers for the industry would be the need for last mile connectivity for both goods and people transportation, better operating economics combined with better financing options making SCVs more lucrative for end customers, and new applications being developed to expand the market, prompting newer customers to buy SCVs.

With this venture, Mahindra becomes one of the first large corporate groups in the country to initiate a digital mobility platform that is completely under its aegis. The move is a part of its strategy to enable digital transformation and seed more such ventures like this. The hiring of former CEO of Askme.com, Jaspreet Bindra, as a Senior Vice President for Digital Innovation and Ecommerce was also an initiative in building a digital and commerce strategy for the group.

Many startups have entered the logistics space, trying to crack the fragmented transportation industry. Recently, another Mumbai-based startup Quifers, a tech-driven logistics company focusing on the light commercial vehicle segment, has raised $307 K (INR 2 Cr) led by Indian Angel Network (IAN) and consumer internet and media platform Smile Group. Another B2B truck portal TruckSuvidha operates in this space along with others such as Bangalore based startup TheKarrier which provides on demand truck service.