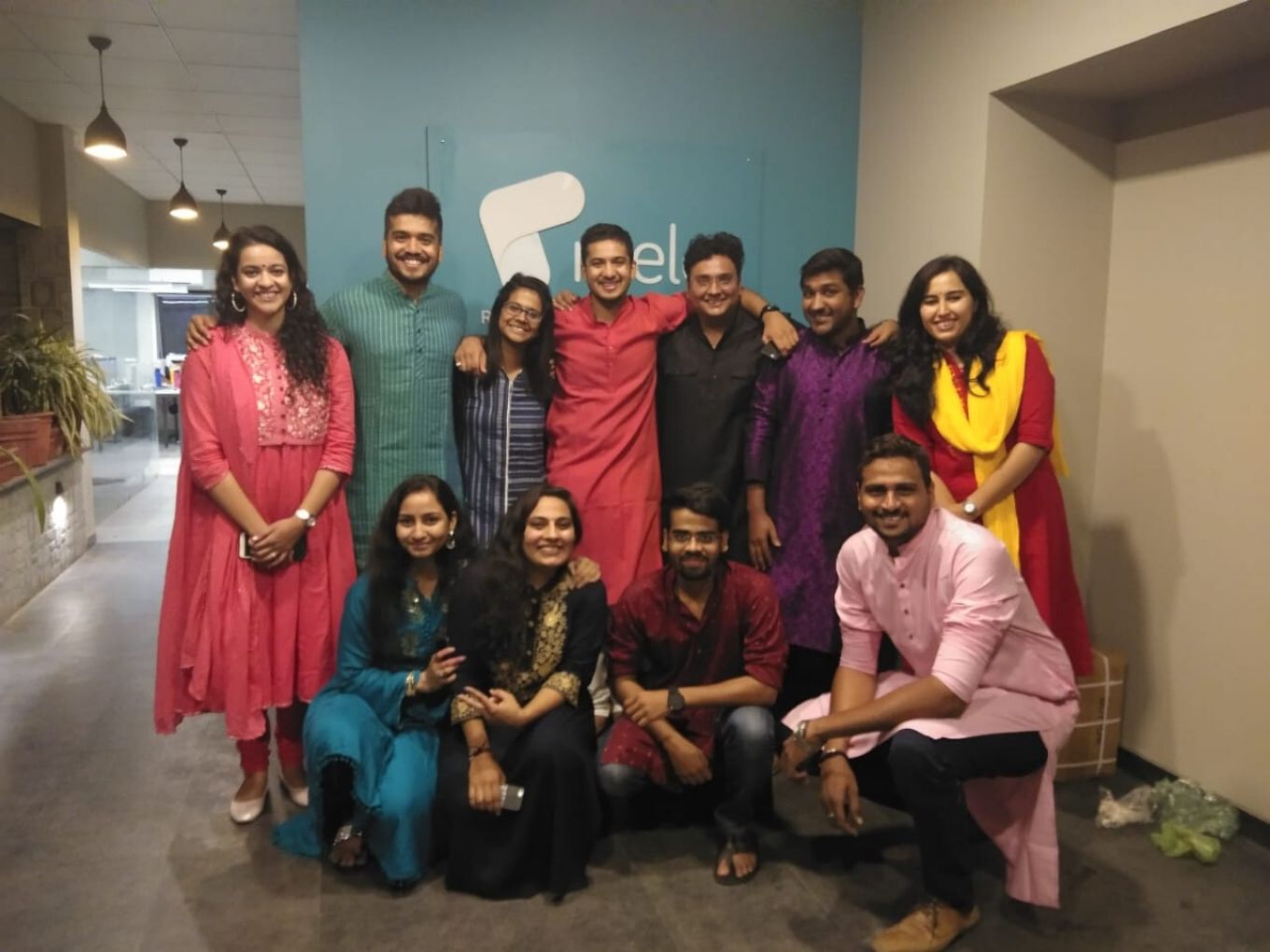 Launched in 2017, Reelo is solving the problem of customer retention, acquisition and engagement for SMBs

Reelo has a presence in over 24 cities with over 1,600 businesses and engaging over 3Mn users

While on our six-city tour of the Tier 2 startup ecosystem with BIGShift, we discovered several promising startups. This series will cover some of the most innovative startups. From this series is a startup from Ahmedabad, Reelo that is helping offline businesses in the country with its SaaS approach to acquire, retain and engage with the customers.

In Ahmedabad, the sons of a small retail business owner were troubled by how fickle their father’s business was—relying as it did on the whims of the customers. Although the products were well received, their father, like many other entrepreneurs, wouldn’t know when the next customer would come into the store, or what it will take to bring them back. Realising that this is not an isolated case but rather a significant problem to be solved, Parin and Prit Sanghvi decided to make a difference, and thereby also put their business acumen to the test. And thus came Reelo.

“There are over 14 Mn small and medium businesses (SMBs) and MSMEs in India who are still unorganized and run traditionally. The customer experiences at these businesses have not changed for decades. They don’t know who you are when you walk into the store and have no ways of inviting you back. Basically, business is left up to chance most of the time,” – Parin Sanghvi, founder, Reelo.

Reelo offers a simple and affordable solution to the problem of building customer awareness around retail products. The brothers set up Reelo in 2017 — recalling the initial days, Parin told Inc42, “We realised that we could use tech to help solve the problem for all these SMB retailers and add value to millions of retailers in India.”

Not only is Reelo helping businesses create customised digital loyalty programmes, but also communicate and build a two-way consumer-to-brand relationship. “Our team helps the merchant in setting up customer-oriented rewards when they partner with our loyalty programme. They can choose from a variety of options, based on their requirements and the relevant target market,” Parin told Inc42.

Discovered during the Ahmedabad leg of the six-city Inc42 BIGShift tour, Reelo has grown from a boutique company which started in Ahmedabad with around 70 businesses to now having a presence in 24 cities. “We have over 1,600 businesses using our platform and have engaged over 3Mn users,” Parin told Inc42.

How Reelo Is Getting Customers To Return

Deviating from the more commonplace ‘shared loyalty programmes’ where brands join together in a partnership and offer rewards under one common branding, Reelo focusses on each client individually and as per its target audience.

“We have built a platform and app to run loyalty marketing programmes and shopping analytics for SMBs. What started out as a basic rewards and loyalty programme, has now grown into a larger marketing and analytics platform over the past year,” Parin pointed out.

Utilising the power of big data, predictive analytics and cloud-based marketing automation for personalisation, Reelo also claims to have made offline transactions as personalised as they are online with their low-tech software platform at the merchant point of sale or PoS.

These insights help Reelo send highly targeted campaigns to consumers with the aim of retaining their business and measure the returns on marketing investments. “We not only solve the need to increase continuous footfalls but also monitor problematic areas and thereafter provide effective solutions to rectify the same, all at the fingertips of the merchant in single clicks,” said Parin.

With Reelo, retailers are able to identify and track customer behaviour such as spending power and purchase behaviours, in order to serve them better once they step into the premises. By identifying their loyal customers, merchants can run specific campaigns focussed on both increasing their ticket size and have a constant engagement to make customers feel more valued.

“Think of it as the physical equivalent of the personalisation you have when you, for example, visit Amazon.com as a logged-in user. Reelo is that constant effective link of communication between the merchant and the customer,” says Parin.

The options available to Reelo clients include tier-based rewards based on different milestones, spend-based rewards on the total lifetime expenditure, cashbacks and custom rewards. With a dedicated customer success team working closely with the business owners and their marketing team, Reelo ensures that the programme is implemented properly and there is no last-mile challenge. This team also comes up with strategies to ensure every client gets the maximum ROI (return on investment) to retain their business. Further to that, every business can see the ROI gained from Reelo on their dashboard.

“Some important metrics we use to gauge success is the percentage of enrolments of our client’s actual transactions, total reward redemptions, number of lost customers won back, the additional revenue generated on every redemption, number of new customers acquired through in-app deals and more,” Parin explained.

The startup claims that till now it has successfully helped businesses generate 10X to 1000X ROI through its platform. “We have enabled brands to increase their marketing campaign conversions to existing customers by over 150% and helped them win back approximately 25% of their lost customers,” said Parin, adding that depending on the size of the business, Reelo can show the revenue generated through its platform for each business.

Getting SMBs To Care About Loyalty

“Majority of our clients are traditional, family run-businesses who are not aware of the power of data and tech. The most successful way to get access to them is to get in front of them with a direct sales force. About 60% of Reelo’s total workforce today comprises sales personnel,” Parin told Inc42 when asked about the challenges.

One of the biggest challenges for the startup in the initial stages was to educate the business owners, the importance of data-driven marketing technology for their business. “Prit and I acquired the first 80 to 100 clients in Ahmedabad and Baroda ourselves. We had limited resources and we did everything from sales, client servicing, marketing, designing and building the product to delivering print materials and training the staff,” Parin recalled.

During this phase, the duo met many business owners, customers and more to understand their requirements and pain points. With a user-centric design, Reelo constantly makes iterations in its offerings and products based on the feedback it gathers from its users.

Its next major challenge was building the right team. Currently a team of 75 people, Parin told Inc42 that managing human capital is an ongoing challenge for the startup, but it is one which helps it evolve and grow. “After all, an enterprise is only as good as the people who make it work,” he added.

Relying on the subscription fee, renewals and more for revenue, Reelo is targeting a 50% year-on-year growth this financial year. In addition to that, it plans to expand its tech offerings in the next 18 months, to a suite of products for offline businesses, including an AI-powered marketing assistant and a social engagement platform.

“We are more focussed on building our business in India currently and are working towards penetrating deeper into existing cities to reach 8K businesses and 10Mn users by the end of December 2020.”