Putting The Power In The Hands Of Women: How ThinkZone is Empowering Women & Children With A ‘Digital Box’

Putting The Power In The Hands Of Women: How ThinkZone is Empowering Women & Children With A ‘Digital Box’ The teachers have the opportunity of making INR 2K-3K ($28-$42)every month, through the part-time gigs

#BalanceforBetter is the global theme set for the upcoming ‘International Women’s Day on March 8.’ World over the conversations have slowly moved from the merits of women entering the work sphere to women balancing work and personal lives. The long road to women empowerment, which was once less-trodden, now definitely has more travellers, but the situation is still far from ideal.

More and more entrepreneurs and change-makers are aligning themselves to the cause of women empowerment. And it is not just women. From the popular padman, Arunachalam Muruganantham, to Gurinder Singh Sahota, the founder of Silky Cup which develops environment-friendly and reusable menstrual cup, men too are joining the cause.

One such entrepreneur who is empowering women and children in the education segment, across the hinterland of Odisha, is Binayak Acharya, founder of ThinkZone. Backed by US-based impact investor, Gray Matters Capital, ThinkZone was founded in 2014 and the startup has been providing quality, affordable and remedial education by the use of tablets.

What’s noteworthy is that the startup first identifies teachers or college going girls or homemakers within the village or a nearby town who have the potential to teach or have been informally teaching children. It then deploys women field executives who do the grassroots level of campaigning and marketing to inform about the initiatives and onboard the teachers and students. The selected women are then trained by the company to use their school-in-a-box education solution to teach children in a level and activity-based manner. Serendipity right?

“I was always interested in working in the education space and helping in developing the sector. However, considering the urban-rural divide, urban education communities cannot always reach rural children. Thus, ThinkZone works on the community-based model which will involve the women from the same community who are more likely to know about the education system in the village,” Acharya told Inc42.

ThinkZone uses an innovative solution called School-in-a-box. This is a proprietary app which has all the study material for the different classes such as nursery and grade school children in the form of games, puzzles and videos. The teachers have to open the application, download the courses and then have the flexibility to show students the videos or teach the content even offline.

Apart from this, offline technology, teaching activities and class management tools via an Android app, help the women in provide quality early-grade education programs to the children aged between three to 10 years.

The ideology at ThinkZone is simple — empower everyone in the chain — and in doing so, the startup takes comprehensive measures to make each link of the chain, independent. Starting with their women teachers, who undergo a pre-service training program for one week, and monthly in-service training program which happens for one day. They are also needed to complete the initial training modules using the mobile application. Apart from the in-person and virtual training, the startup also provides mentoring to them for a year until they become ‘independent’ teachers.

“In our School-in-a-box solution, we provide the teachers with an Android-based low-cost system which acts as a projector and they can teach kids. So basically, they have to follow the lesson plans, the proprietary content, open source videos to show and engage the kids with maths tools in English and Oriya, puzzles, charts etc,” said Acharya. 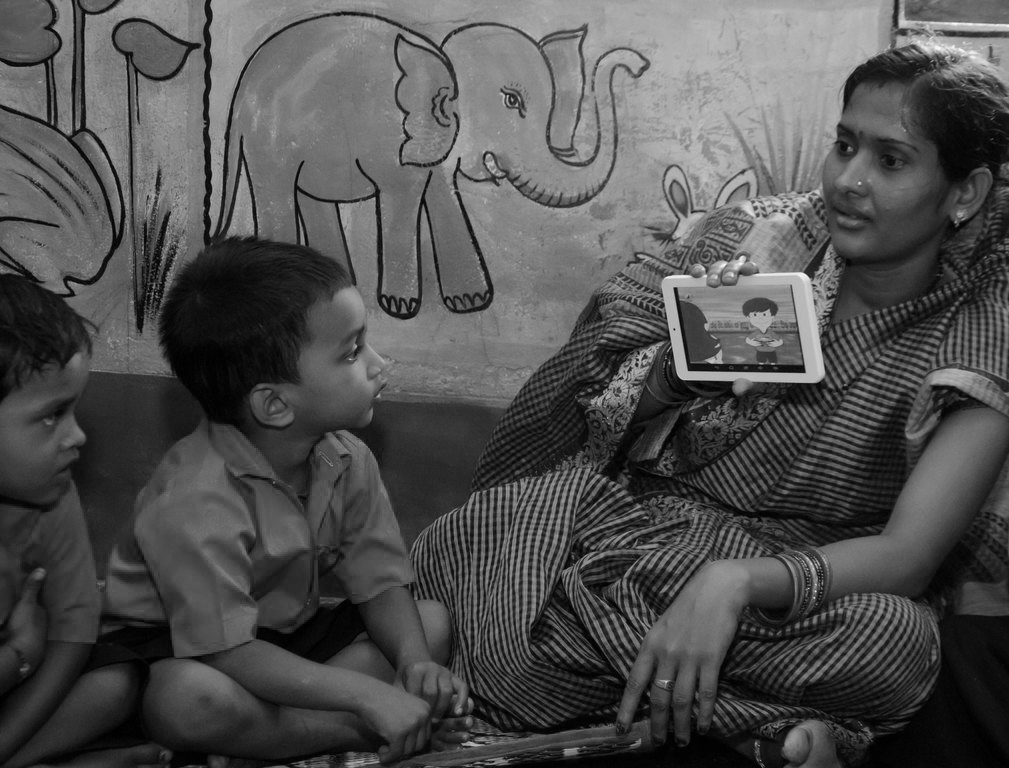 These courses take place after the normal school hours which allows the children to attend their regular schools during the day time. The classes are held for around three hours, six days a week. 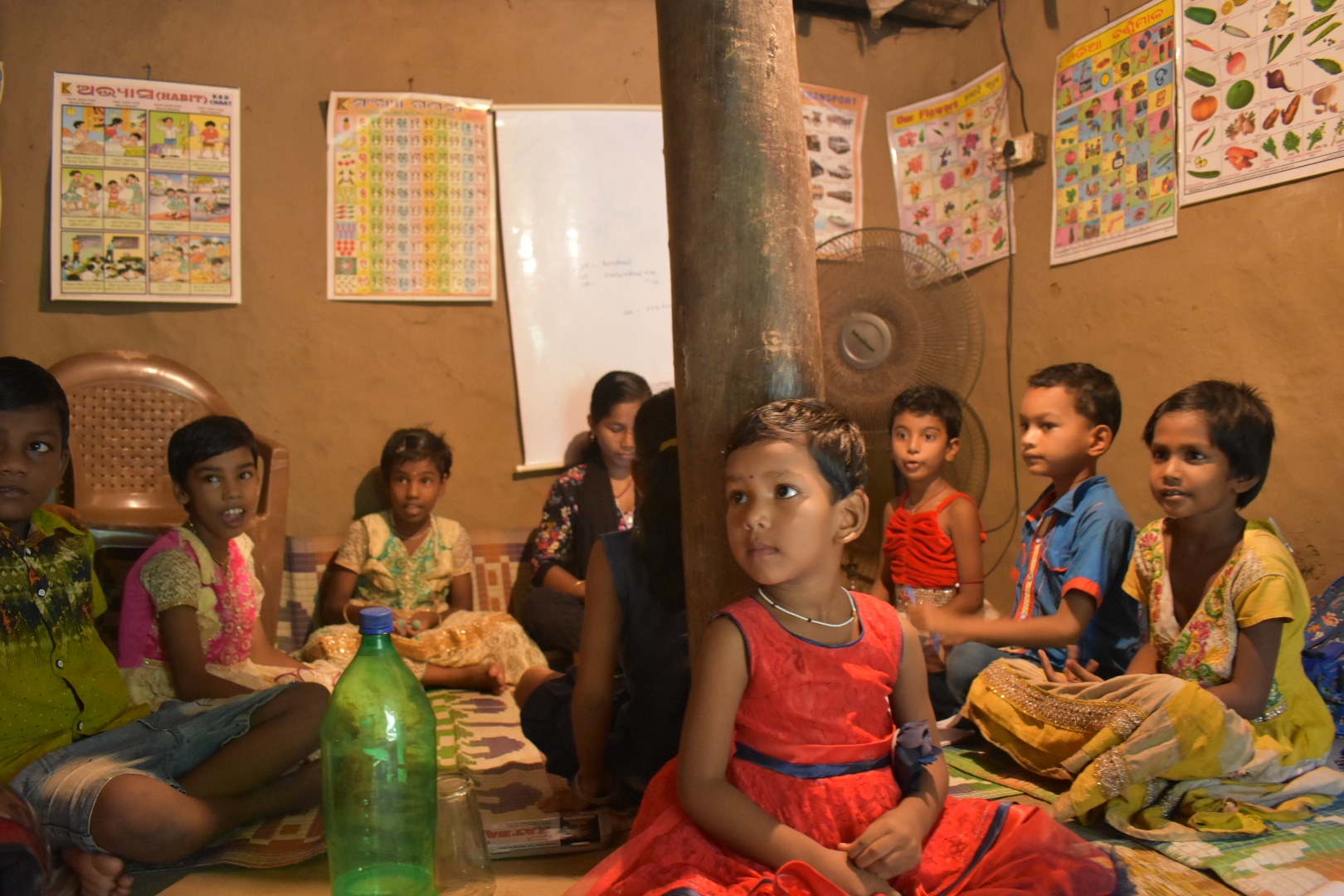 Convincing the parents to send their children for the course has been and remains to be the major concern and challenge.

As Acharya said, “Initially many students enrolled for the programme as it was something new and interesting however many dropped out with time as they could not understand the techniques.” This challenge, he believes will continue as the business scales to other cities where the concept is still new to the people.

However, he believes that once parents witness positive growth in their children, they themselves act as the secondary marketers who encourage other families to do the same.

According to the company, around 2,800 children in 375 villages across the three districts are enrolled for this programme.

Changing The Social Fabric: Taking Women Along In Its Growth Stride

Currently, ThinkZone is working with 101 women across three districts of Odisha namely Cuttack, Kendrapara and Bhadrak. Catering to their personal needs, the teachers conduct classes for the children in the comfort of their own homes similar to home tuitions or coaching centres. ThinkZone charges a sum between INR 1200-1800 ($17-$25) per student annually and the teachers make almost INR 2K-3K ($28-$42) per month for putting in three to four hours of part-time work. The women are also rewarded with incentives based on their own performance and the development of the children they teach. ThinkZone has ensured financial security for women which can be imitated in other rural hubs.

The inspiring stories of micro-entrepreneurs associated with ThinkZone are now spreading across other villages, igniting more minds to take charge of their financial and creative independence.

The Road Ahead For ThinkZone

The company generates revenue from their education programmes through both B2C and B2B modes by implementing the programmes via organisational partnerships such as government-run primary schools, anganwadis and other affordable private schools.

The startup is now focused at expanding its footprint across six to seven other districts in Odisha in a span of one year. It plans to create jobs for more than 300 women micro-entrepreneurs across the state. The long term goal remains to work in low-income group states such as Bihar, Jharkhand. It is further looking to automating teacher training, refining curriculum, improving performance monitoring by integrating analytics with technology and forging partnerships with the objective to scale.

India ranked 94th in overall Prosperity Index rankings and 104th in prosperity index in education among 149 countries on the global scale, as of 2018. On a positive note, this gap has opened up opportunities for the Indian edtech segment.

According to Inc42 DataLab’s estimates, around 3,500 startups are working to develop the education space in India, trying to impart education in a smarter way by creating content in various formats and languages to help students learn at their own convenience.

However, even with the digital explosion and increasing use of technology in the education sector, the edtech startups have not been really successful in addressing the gaps, particularly in the rural education segment.

Maybe due to this reason, Acharya believes that ThinkZone is not in competition with other edtech players, rather it competes with local level tutors and schools. Also, one of the major hindrances for edtech startups to operate in rural India may be the low penetration of internet in remote areas.

However, ThinkZone has managed the problem as the application can be used offline while teaching. The use of the internet is minimised as teachers need data only to download the content needed. Once done, they can log in and use the application without internet.

According to a report by citizen engagement platform, LocalCircles, around 26% of startups/SMEs out of 4332 companies have said that they will prefer employing men employees rather than women due to the amendments in the maternity bill.

The amendments which were introduced in March 2017 had increased maternity leave to 26 weeks from the existing 12 weeks.

At a time when glass ceiling continues to exist in some form or the other in India, ThinkZone is not only aiming to uplift the women but it is also doing so for those especially from the rural areas who get fewer opportunities to be financially independent.