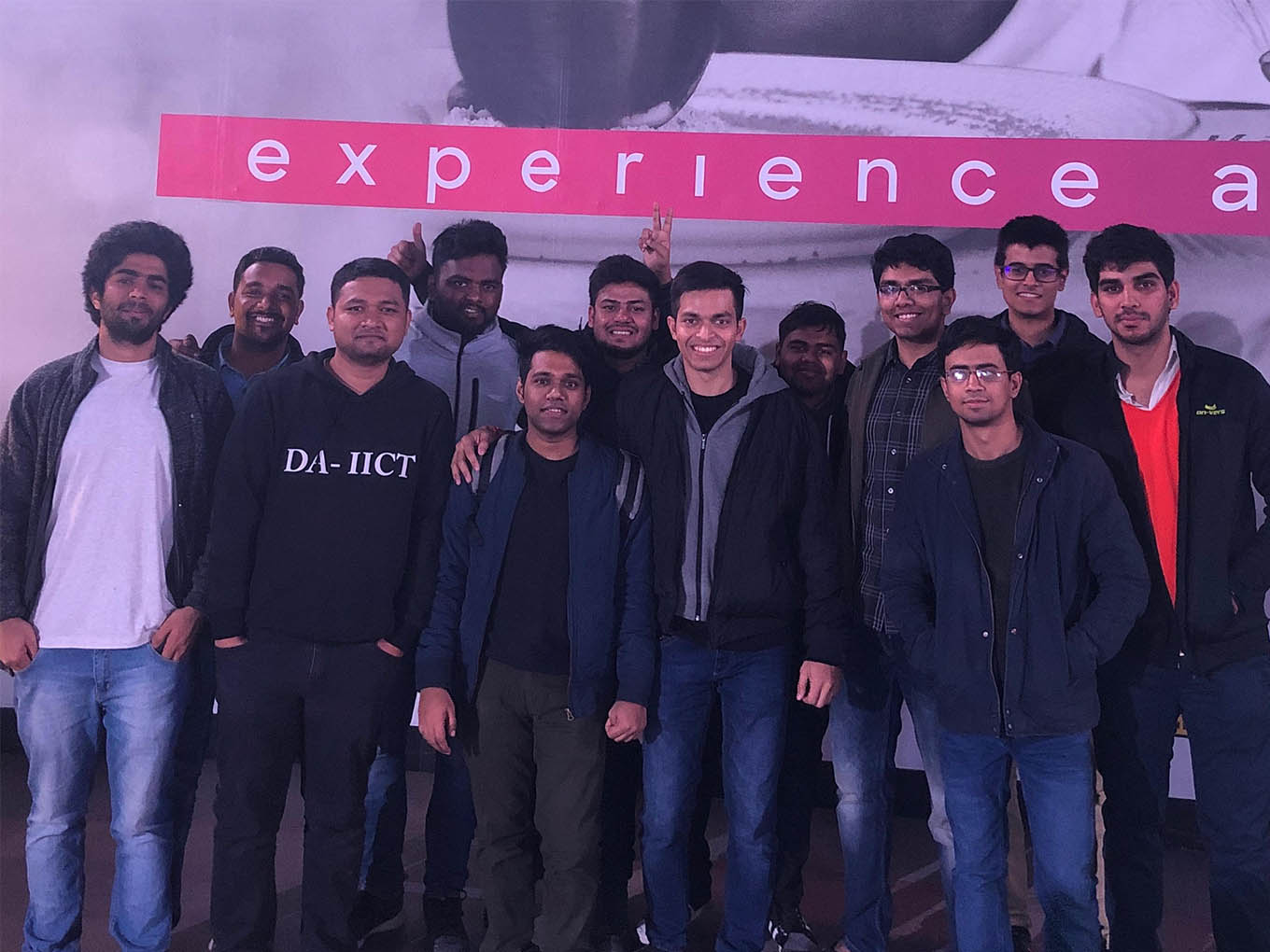 Currently, there are over half a million open software engineering jobs in the US alone. That number is predicted to be over 1.4 Mn by 2020. On the contrary, there are 5 Mn software engineers in India. But here is the irony. While on one side software engineers in San Francisco can make $150 per hour working remotely from anywhere in the world, on the other, the average salary for an Indian engineer is somewhere between $6,600 (entry level) and $11,400 (senior level) per annum irrespective of the type of employment i.e. full time or on outsourced projects.

Over the years, Indian IT companies have outsourced their talent to US companies at a much lower cost. However, it has been proven that if the hardest working software engineers in India are provided with world-class, intensive training, they can be effective remote team members for the US companies, with a potential to earn much more than they currently do or even expect to earn.

“It felt wrong that our [Indian] engineers were working on projects alongside engineers in the US, making less than 10 percent money as the latter for the same work. We wondered if there could be a better way. What if instead of keeping each employee on the payroll, we simply trained them and connected them to US companies on the basis of an income share agreement,” said Ayush Jaiswal, founder, Pesto.

This is the thought that led Jaiswal and his friend Andrew Linfoot to launch an edtech platform which could act as a career accelerator for providing world-class training to India’s top engineering talent to help them gain access to better job opportunities with a much better pay scale which they usually get.

Founded in March 2017, Pesto has today announced that it has raised $2 Mn in its first round of funding led by Matrix Partners, with participation of a group of angel investors including — Swiggy founders, Sriharsha Majety, Rahul Jaimini and Nandan Reddy; Innov8 founder Dr. Ritesh Malik; Posist founder Ashish Tulsian and OIC Capital’s Jack Yeung.

Pesto offers a 12-week intensive training programme to the software engineering talent to help them break into international tech careers via full-time remote jobs, with a 6x increase in salary on an average.

“Remote work is an early trend globally driven by a shortage of high-quality local talent, rising cost of living in key technology hubs and widespread adoption of enabling infrastructures such as co-working and collaboration tools. Pesto is on a mission to build a marketplace for quality remote talent from India and we strongly believe in their skilling led approach,” Rajat Agarwal, Vice President, Matrix India said.

The startup’s first batch which ‘graduated’ 8-9 months ago has witnessed students being placed at jobs with an average salary package of $45K. To date, it has helped 9 students gain offers worth INR 2.8 Cr. combined.

The Long Road to Pesto

Jaiswal grew up in a typical Indian middle-class family and was inspired by what the likes of Steve Jobs were doing in Silicon Valley. He dreamt of landing an IIT seat but unfortunately, that didn’t happen. While he got into an engineering college, he quickly realised that conventional classroom education was not helping him achieve his dreams. He taught himself graphic design — usually not part of a typical Indian engineering curriculum — and started creating websites. In the first year of college, he floated a startup, but could not scale it up due to class work and lack of time.

“For my next startup, I decided to go all in and quit college. I knew my parents wouldn’t take my decision too well,” Jaiswal chuckled.

Entrepreneurship only looks glamorous in magazines, or so they say. Jaiswal spent the next two years near bankrupt, living in an Innov8 (its founder is now an investor for Jaiswal) coworking space and gatecrashed events (sometimes weddings too, he confessed) for free food.

“I tried so many ideas. I launched more than a dozen products — but one after another they all failed. I began to believe that the Silicon Valley dream that I had been pursuing since I was a little kid was all a lie.”

To compound his worries, he was diagnosed with a life-threatening, but fixable, case of tuberculosis. Fixable became his operative word. Startups are fixable too, and that’s when he met Linfoot. Linfoot regaled Jaiswal with stories of working all over the world and how he ended up in Delhi. It was clear to both of them that they wanted to help fulfil the Silicon Valley dreams of Indian engineers which led to the foundation of Pesto.

Understanding The Market To Tailor Your Product

In its initial avatar, Pesto was a consulting company that earned its revenue by capitalising on the massive arbitrage between India and the US in the software engineering job market. Pesto helped upskill Indian software engineers who wanted better pay and opportunities. This included helping meet potential candidates meet the technical requirements of US tech companies, through training.

While they were able to crack deals with large companies in the first three months itself, however, they realised that their revenue model was built on keeping the status quo alive, or to put it in other words, artificially keeping their employee’s salaries low.

While clients loved the idea of taking each Pesto engineer through their own technical interview and hiring process, they didn’t want to have to deal with the tax, legal or logistical complexity of hiring an overseas employee.

“This is when we knew we were on to something BIG. We could easily automate the paperwork and invoicing to help US companies draft standard contracts and pay salaries in US dollars. This would make the hiring process as easy as paying for agency work. We could then provide a reserved desk in our offices so companies wouldn’t have to set up an office in India. Complexity solved,” said Jaiswal. And that’s how Pesto took the current form.

Pesto Program: How does It work?

The startup offers a 12-week intensive training program to students to help them break into international tech careers via full-time remote jobs. Apart from technical skills, it teaches students about the cultural distinctions between the US and India, communication skills, time management for remote work environments, and other soft skills.

The company has also onboarded mentors who have the experience of working in top tech companies in the US such as Tesla, Twitter, Facebook, Uber and more.

If a Pesto engineer decides to change their role or company, Pesto helps them land another job using their partner network, unless they lost it because of unethical reasons.

However, to avoid such situations and to ensure that only quality candidates got admitted into its batches, the startup introduced an online-assessment test to screen candidates. “Interestingly, out of around 45K applications, we accepted only 40 and were able to place the entire batch with a good average salary package,” said Jaiswal.

“By the time students graduate, they have the confidence to believe that their career opportunities are not limited  and that they can participate as equals in the global tech community,” added Linfoot.

Instead of charging an upfront fee, the startup takes a fixed percentage of the engineer’s salary for a period of three years through an income sharing agreement with the employer. For instance, with a package of INR 15 Lakhs per annum, the employee would have to pay Pesto 17% of the salary for the next 3 years.

“It’s understandable that a candidate feels uncomfortable about entering a three-year-long commitment to share income, so a two-week window is given to them to exit the contract without any strings attached,” Jaiswal said.

He further informed, “Since each student is an investment for us, we could only do 6 students per batch because of cash flow issues. Going forward, 50-60 (per month) is the target for the next 6 months.”

Only a fraction of the 1.5 Mn engineering graduates who graduate in India every year come from top engineering colleges such as IITs. While the quality of engineering education in India is debatable, the curriculum is certainly not in keeping with the latest technologies. Upskilling students is a major challenge for Indian companies and training is often a difficult and cost-intensive task.

In the past few years, several startups have gravitated towards this gap and there’s been plenty of innovation too. HRtech startups such as HackerRank, HackerEarth, Codlity as well as edtech startups such as Udemy, Unacademy, upGrad are some of the notable names moving to upskill India’s engineers and entry-level workers.

IT spending is projected to reach $3.76 Tn globally in 2019, an increase of 3.2% from last year, according to research firm Gartner. It is expected to grow at 2.8% by 2020 to touch $3.87 Tn, and those are projections based on current IT market size; as the market expands so does the spending. There’s a lot of opportunity for companies in IT upskilling such as Pesto Pesto program can be said to be the need of the hour.

This is the market that Pesto is hoping to capture. The world is changing faster than ever and the future belongs to distributed teams with talent no longer being restricted to their location. As Jaiswal said, “There’s a severe shortage of tech talent in certain parts of the world (US, Canada, Europe etc) and India has a large number of undiscovered tech talent that can fill this gap.”