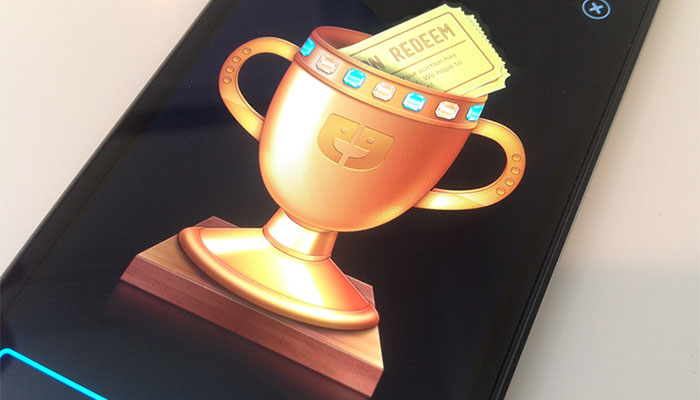 I bet you’ve noticed the absolutely irritating ads that keep popping up on your screen while playing on your mobile? These ads, even though might be absolutely frustrating for you, but it’s the source of revenue for app developers and supports the development of these many games. This is exactly where Bangalore based MoJOY comes into the picture.

MoJoy is a reward network that offers real rewards for virtual in-app achievements. MoJoy has created a platform where developers, brands and users come together and can extract benefits from each other without pissing off anyone.

Developers need revenue, brands need customer attention and the users want to enjoy the apps for free. So it’s a win-win deal for everyone!

As the name suggests, MoJOY is here to spread moments of joy to all those users who love to battle it out in the virtual world. That’s right! Playing games and winning real world rewards, that’s what MoJOY brings to you. For example, if a user achieves the desired target in a game, he might end up winning a free cup of coffee or a discount coupon.

The founders are a bunch of energetic youngsters who have poured in all their savings and one would be surprised to know that ‘Breaking-Even’ is not even on their priority list; what they really aspire to do is capture and reward a million moments of joy everyday through MoJoy.

“Every time a user level up, reach a target score, is the time when they are happy. We call these moments as Moments of Joy- MoJOY” said Anand Kummur, CEO and one of the founders.

He and his three other co-founders – Shashank Singh, Vamsi Kanneganti and Maaiz Elahi worked at Disney Interactive before coming up with MoJoy.

They worked in the post production team that delivered top notch games like the Temple Run Brave, Frozen Free Fall, Toy Story Smash, etc. They also brought in Niyaz Shaikh just when the product was about to take off. Niyaz had previously worked with Yahoo as a marketing executive.

Their business model is simple – they charge brands per reward engagement and split a major chunk of revenue with app publishers. The brands have the facility to define how much they would like to spend per engagement.

“App experience should never be compromised” said Anand while talking about the USP of MoJoy. Unlike its competitors like Pingoo and Kiip, MoJOY supports offline rewards that are least intrusive compared to other reward platforms.

Currently, MoJoy has 1000 daily active users battling it out in the virtual words and earning rewards. By August 2014, the company plans to attract 1 million users and tie up with 20 brands. The founders are in talks with various brands like Coffee Day and Snapfitness.

Despite the challenges they face every day, they make sure to not stop for a single moment. “Technology has never been a problem but Marketing is a challenge for us” said Anand.

The company is on the lookout for funding to fuel its marketing and is also in talks with many Venture Capital firms. The founders also plan to build some games in future but only if they happen to have some extra time in their pockets.

It is extremely important to have faith in the team and the product that one builds, believes Anand and hence he has his fingers crossed for MoJOY.