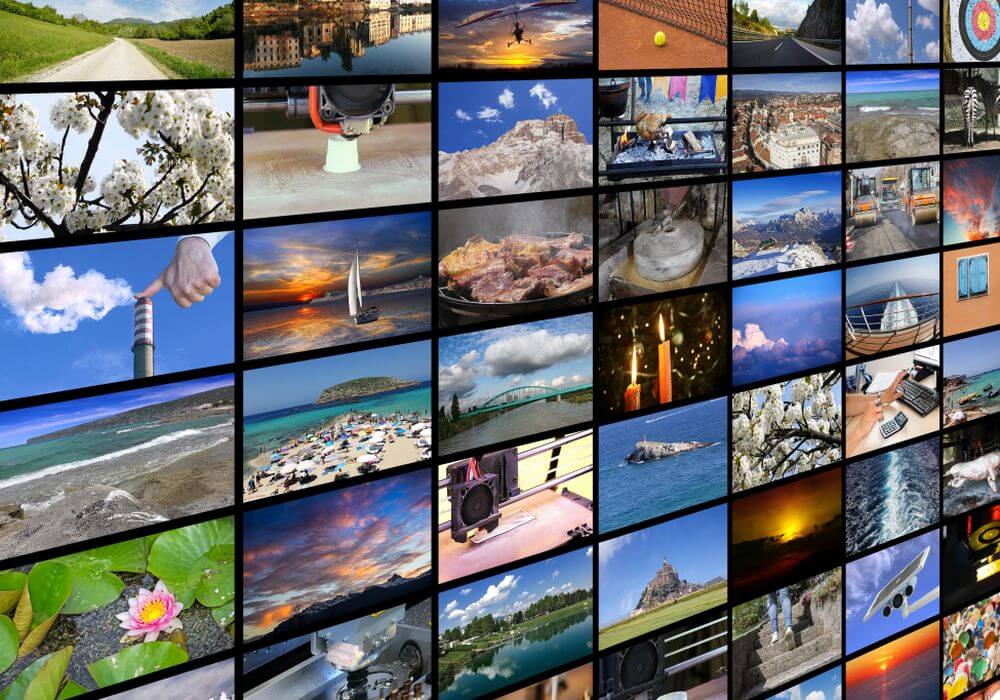 Crowdfunding: the practice of funding a project or venture by raising money from a large number of people typically via the Internet. While crowdfunding has been around for quite some time now, it started gaining traction as an alternative lending method, post the financial crisis of 2007-08.

As per a report published on Technavio, the global crowdfunding industry is poised to touch more than $110 Bn by 2021, expanding at a compound growth rate of 17%. Today, crowdfunding is commonly used to fund artistic and creative ventures like films and TV projects, among others.

In India, home to the world’s largest film industry in terms of the number of film produced per year, a growing class of independent filmmakers are turning to crowdfunding as a viable means to secure capital. While Shyam Benegal’s Manthan raised $3,087.5 (INR 2 lakh) from farmers back in 1976, more recently, movies like I AM (2010), Srinivas Sunderrajan’s Greater Elephant (2012) and Abhay Kumar’s Placebo (2015) would not have seen the light of day, had it not been for crowdfunding.

This was essentially the model that LiveTree was conceived on: a crowdfunding platform for the film and entertainment industry. However, since its launch in 2016, it has transfigured into the world’s first blockchain-based funding and distribution platform for film and content creators.

Realising the inefficiencies and challenges that continue to beset the distribution process to this date, LiveTree has since created its own Netflix-style online channel for content creators, Blossom TV, all using blockchain as the pièce de résistance!

Here’s an inside scoop of LiveTree’s incredible journey over the last two years.

How Livetree Was Started: Journey From 2016 To Present

Headquartered in London, LiveTree is a film, TV and content company that was started in January 2016 by serial entrepreneur and former HSBC Business Specialist Ashley Turing, along with Dr. Jamie Ward. In the two years since then, it claims to have captured over 5% market share of the UK’s entertainment crowdfunding sector.

Over the last few years, LiveTree has attracted a number of high-profile partners, including the British Film Institute’s Future Labs, Film London and Red Rock Entertainment, among others. Furthermore, as claimed by co-founder and CEO Ashley Turing, the company currently boasts a database of 14,000+ from the entertainment industry globally.

Having funded over 150 film and TV projects so far, Turing realised that only a few of the projects were actually making it to cinema and TV screens. These days, getting films, TV and content on to the screen is quite difficult, believes Turing.

According to him, distribution is often restricted by complex contractual negotiations, insider connections or executives preferring cookie-cutter content to creative, imaginative works as a way of advancing their private wealth.

To make the distribution process more efficient and easier for content creators, LiveTree has developed an innovative solution called ADEPT. 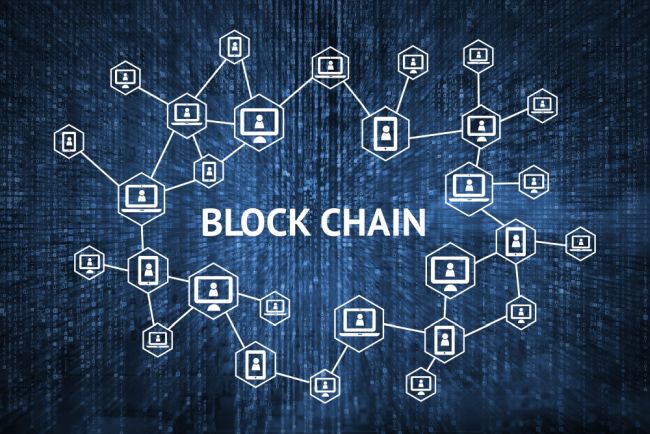 Touted as the world’s first blockchain-based funding and distribution platform dedicated to the film and entertainment industry, ADEPT (Advanced Decentralised Entertainment Platform for Transparent Distribution) was launched by LiveTree to empower content creators, while also supporting their respective viewing audiences.

The current process of distribution, Turing averred, is somewhat limiting. “Trying to navigate complex deal terms such as license territories, license type and license duration on paper or through email can be complex especially when several buyers and sellers are involved. This results in independent studios or productions being overlooked. To worsen the problem, the fees involved are up to 35%,” he further explained.

To counter these problems, LiveTree is utilising blockchain technology to manage and license the rights for film and TV content efficiently, through the ADEPT platform.

Essentially, on the funding side, the new platform enables backers of a particular to accrue profits from their investments, once the TV/film hits the box office.

Additionally with regard to the distribution conundrum, the ADEPT platform promises to ease the burden of sales agents by making new content available at a considerably lower cost. It also paved the way for transparent revenue returns from online channels.

If the content creator cannot get his/her original content to reach the viewers through traditional TV channels, he/she can opt to get the content published on LiveTree’s Blossom TV.

How LiveTree Is Making Funding More Accessible To Content Creators

One of the key advantages of the ADEPT platform is the ease of raising capital via crowdfunding. Unlike most crowdfunding models, LiveTree functions on the basis of a  “refer-a-friend” model, which Ashley Turing claims considerably reduces marketing overheads, increased funding success and ultimately, builds an audience around the project.

Apart from the reward-based crowdfunding, project creators can also use LiveTree ADEPT to secure funding from backers, in exchange for the distribution sale of all or part of their intellectual property (IP). Creators can also raise funding against a share of their content’s future value.

At present, LiveTree ADEPT charges creators a processing fee of only 2.5%, which according to the company’s CEO is significantly lower than 5%-20% funding fees levied by other crowdfunding platforms.

Turing further stated, “This model allows for a more democratic funding processing, enabling ‘normal’ people to invest in and profit from content alongside the industry’s traditional backers and gatekeepers — studios, broadcasters and high net-worth individuals. It also helps to remove censorship and the ‘cookie-cutter’ approach to content creation, whereby only projects that are judged to have mainstream appeal are likely to find funding.” 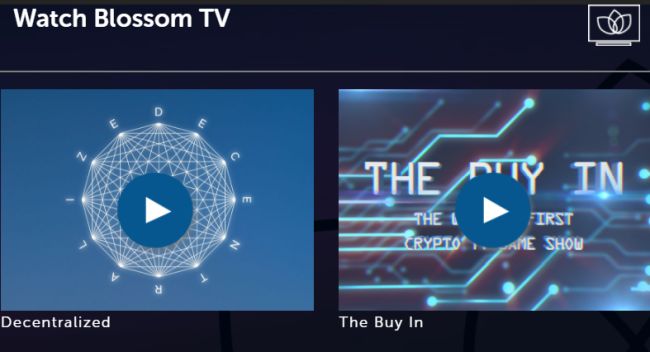 By harnessing the power of the network effect, LiveTree ADEPT is also striving to decentralise distribution and bypass the major corporate distribution channels. At present, the platform offers three direct routes to market: Blossom TV, traditional broadcast and online streaming/aggregation.

Blossom TV is a new online-distributed channel operated by LiveTree ADEPT. The Netflix-style subscription service serves as a showcase for new product, with consumers invited to pre-pay, or pre-fund content before it is made.

The streaming/aggregation model, on the other hand, uses the power and reach of YouTube, Vimeo and other online channels to reach a wider group of consumers. This approach, according to Ashley Turing, is best suited to first-time content-makers looking to gain exposure and build popularity for their projects.

Among the projects that are currently using LiveTree are The Buy In, a TV game show and an original series called Decentralized. Touted as the world’s first TV crypto-competition, The Buy In enables viewers, through the use of tokens, to have a stake in what they are watching. It will be initially shown online through Blossom TV.

LiveTree ADEPT also announced a partnership with independent filmmaker Christopher Arcella and tech co-producer Erik Vesterlund on a new film and planned series, Decentralized. The pilot will be available on Blossom TV.

How Blockchain Is Woven Into The LiveTree System

“It is increasingly clear that the blockchain, with its ability simplify distribution, manage creative rights and address piracy, is disrupting the traditional film and content industries,” said Turing on the potential of blockchain.

Blockchain, for the uninitiated, is a Distributed Ledger Technology (DLT) that allows all members to record transactions in a decentralised data log maintained on a network of computers, rather than a physical ledger or a single database. Transactions are approved by consensus, and everything is secured through cryptography.

While blockchain technology was originally used to create cryptocurrencies such Bitcoin, it is increasing being used in other fields such as payment services, agriculture, financial exchanges, infrastructure and education.

For LiveTree, the integration of blockchain has helped bring transparency to the crowdfunding process, by enabling backers of projects to see returns that until now were fully controlled by the creators.

To that end, the company also announced a Seed token (SED) sale, which is scheduled to end in 19 days. A total of 1.1 Mn Seed tokens were sold in the pre-sale, added Turing.

As per estimates, the global digital content market is expected to touch $549 Bn by 2019, expanding at a CAGR of 13.73%. Riding this growth is the online distribution market for film and TV content, which is currently estimated at $700 Mn.

The giants in this space include Netflix and Amazon Prime, both of which offer customers access to original content on the basis of subscription. In India, online video streaming has witnessed rapid growth as a result of the rollout of 4G Internet services by the top telecom providers, particularly Reliance Jio.

Although these platforms are helping streamline the distribution process by making it easier for creators to get their content across to the viewers, they often charge exorbitant fees, which can be crippling for first-time content makers.

By leveraging blockchain technology, LiveTree brings transparency to the entire process of raising funding, while also streamline distribution. As the only platform offering blockchain-based funding and distribution services in this segment, LiveTree ADEPT, therefore, is strongly positioned to capture a sizeable market share in the burgeoning film and TV industry.