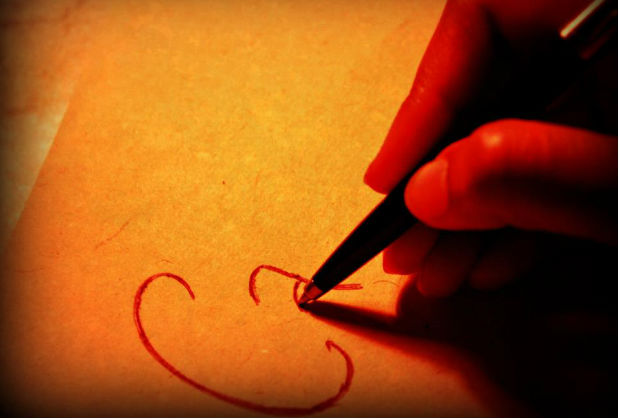 Founder of the self help portal, CampusWriting.com, Ankur Thakuria started his first venture in 8th grade. He is now 21 years old, has been to 36 countries and was the youth diplomat at G20 Summit 2011. Also being the youngest climate leader in India trained by Al Gore, Ankur has several achievements to be proud of at such early age.

We spoke to Ankur about his thoughts on Entrepreneurship, journey of CampusWriting so far, his vision for the self help portal and more.

Ankur: In the simplest words, CampusWriting is the first portal in India that gave the users the opportunity to speak up without having to reveal their identity. Although there were many youth-centric portals in India, the USP of CampusWriting which gave it over 5Mn unique visitors in under two years is the array of subject that were addressed. Socially taboo topics like drugs, sex, relationships, transgender, etc. were the subject matter of posts submitted by the users of the portal.

Inc42: How many posts are there on the portal as of now?

Ankur:Today, after exactly 2 years, there are over 1000 posts on the portal with over 3K comments and discussions on the posts. CampusWriting is based upon emotional branding and we look forth to connecting users based on experiences rather than on identities.

Inc42: What is the main objective of CampusWriting ?

Ankur:Our main objective is to develop upon the portal, wherein youth can give voice to their emotions. In most cases, the society doesn’t allow us to open up to our emotions, feelings and speak about our experiences. It is very much known that reading about other’s experiences motivates and helps us face turmoil and difficulties in life. As such, unlike social media, we are trying to connect users with people who have had similar experiences in life and help them gather the courage to open up as well.

Inc42: I believe advertisements are one of your main revenue sources right now. So what is the traffic like and few demographics of users location?

Ankur: Coming onto the website statistics, here are the details based on the month of December 2013;

We have users from various countries including India, Sri Lanka, Pakistan, Nepal, USA, UK, UAE. Although the website mainly caters to youth across India, but we have seen visitors and submissions from the above countries quite regularly.

Inc42: Where all you are present in India? How are you targeting the youths?

We have voluntary outreach centres in 9 cities across India, which were established to manage an online portal for the specific cities but also to have offline reach to help spread the idea of CampusWriting to the youth in the region. These are purely run by active volunteers and ambassadors and help add value and bring people onto the main portal.

Besides that we have tie-ups with some of the most sought after universities in the country; we have provided custom CampusWriting portal to NIT Kanpur, NLIU Bhopal, BITS Goa, SPSU Udaipur, etc. to name a few.

Inc42: How are you generating revenue? Any numbers?

Ankur: Although we would not be willing to share the gross revenue, most of our income comes from the advertisements on the website as well as from selling out space on the website. We are currently strategizing a few new moves to monetize from sources other than advertisements.

Inc42: How is the growth up till now? How you plan to scale up?

Ankur: In two years, CampusWriting has grown beyond any of our expectations. To be honest the website still looks like a blog (and we intend to keep it that way as we believe every post which goes up has a meaning and must be read), and with such simple design it is hard to imagine the crowd the idea has affected.

In the coming years, we hope to grow the organisation and plan to take an offline approach for the concept besides having the online version. Having associated with some of the biggest fests like Antaragni (IITK), Panache (SPSU), etc. we look forth to taking the word forwards to as many youth as we can. With over 300 ambassadors today, CampusWriting is represented in all the corners of the country.

Ankur: Well, one of our core competitions in the country was Flipcoin.in; which shutdown last year. Although we don’t have any other venture exactly with the same way of working in the country, ventures like CampusDiaries are quite similar and they exist in print media. Our reach has been higher than them yet but we plan to strategize to keep it strong.

On the international scale we have a major competition with a billion dollar industry called ‘Chicken Soup for the Soul’, which has the exact same idea, but doesn’t exist online and its reach is confined mostly to the American soils.

Inc42: Tell us something about the team?

Ankur: Regarding the team, I am the founder and we have a permanent team of 5 others who look after the tasks like website updating, relations with the institutes, ambassador recruitments, proofreading the posts, maintaining the database.

We have a pool of 300+ ambassadors have been instrumental in the growth of the venture and so have been the 1000+ volunteers over the course of two years.

Inc42: Have you guys raised any funds? Planning to raise in future?

Ankur: Well, CampusWriting hasn’t raised funds in a major form as of now; although our running expenses (site management and outreach) in the beginning came in the form of support from the patrons and advisors we have on board. We plan to expand offline as well starting the mid-2014. And for that we plan to raise funds and are currently in talking terms with a couple of investors to decide on the term in the coming months.

Inc42: Your thought on entrepreneurship in twenties?

Ankur: I believe entrepreneurship is but a way of life. One needs to have the courage to take the step to give shape to their ideas in turning them into ventures. As such I feel one must start earlier than twenties if one has an idea to work upon. As in my case, I began my first venture back in 8th grade (called ‘Here4Teens’); although it was a failure, it did teach me important lessons and helped me take up my next run on my being an entrepreneur with caution, patience and commitment.

Coming onto the crux of the question, entrepreneurship in the twenties is indeed one of the most challenging as well as equally rewarding experience. With experience as well as maturity, it is kind of an ideal time to give your thought the form of a real venture. Taking the ideas into execution is a challenge and early twenties is the best time to take up that challenge.

Inc42: Why “Twenties” is the golden age to launch a startup?

Ankur: I feel better late than never; although starting up earlier in life is a great lesson and can result in turning great ideas into successful ventures, but during the twenties, on having the correct and necessary mix of knowledge and real-world experience that gives an edge to the whole idea of starting up. Taking mature decisions is also a need is success of a venture and during this age, sensibility is couples with the courage to take a chance. As such I feel one must startup in twenties. Also getting support and backing during this time is much easier compared to your late twenties or early thirties.

Inc42: Your vision for CampusWriting from 5 years now? Making it a profitable business/IPO/Sellout?

Ankur: 5 years from now? Making it a profitable venture is what we are looking forth to achieve by the end of 2014. Offline launch of the idea would present us in a whole new dimension and that would not only help us reach out, but also collect revenue in the model we have in mind. Over time, i.e. by 5 years we look forward to being established as the leading self-help organisation in the country. Running on profits as we plan to, we might consider a sell-out only in terms that the original idea and the conceptualisation of behind CampusWriting stays intact for years to come.