When ex-Lehman Brothers trader Rahul Gupta moved to India in 2008 to run the family business of trading and distribution of heavy industrial units, his new role introduced him to a trading of a different kind, that of buying industrial equipment and supplies from the open, unorganised market. The ex-Columbia postgraduate realised the shortcomings that were attached to this segment– firstly there was no way of knowing if the dealer was authorised, finding the right suppliers was a task, margins could vary from 20%-80% depending on where you bought it from, the pricing was opaque, and there was no one single place where such items were catalogued, which made brand comparison even further difficult.

Incidentally, those were also the times when ecommerce in India was spreading its wings, getting a lot of products and sellers online and cataloguing goods. Sensing an opportunity to do the same for selling industrial products to SMEs as well as large businesses, Rahul along with his sister Swati Gupta, an engineer with an MBA from Carnegie Mellon University, launched Industrybuying in 2013. The B2B ecommerce platform now has over 4,500 sellers, 1.5 Mn products, serves over 150 enterprises and 75000 SMEs, and clocks around 1.5 Mn customer visits per month.

So far, the startup has raised about $13 Mn in funding from Indian and global investors. It started with private equity firm SAIF partners investing over $2 Mn in February 2015, followed by another $9 Mn in Series B in September from  Kalaari Capital, SAIF Partners and Beenext. This was followed by Murugappa and TVS Families investing an undisclosed amount in the startup last December. In January 2016, another $1.7 Mn flowed in from venture-debt provider Trifecta capital.

A similar trajectory is being followed as far as revenues are concerned. For the month of May, the startup claims its GMV was INR 8 Cr, a figure it expects to increase to INR 25 Cr by the last quarter of 2016. For a company that was bootstrapped in the first one and a half years of its existence, Industrybuying has come a long way. However, what has brought it at this point is the challenges it faced to tap the opportunity in the B2B space. 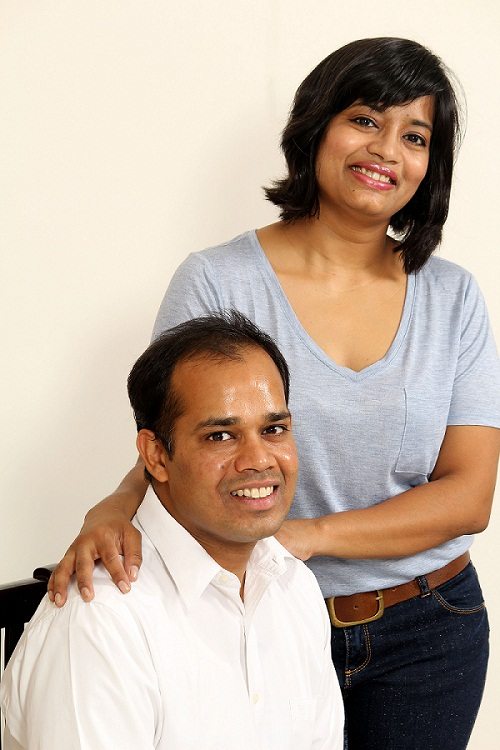 The Problem Of Plenty

Unlike its B2C commerce, B2B commerce is a vast ocean to be fathomed. In a typical B2C company, the number of models that sell in the market are fixed, there is a certain definition and standard of sizes. However, in industrial space, configurations vary widely, with varieties running into thousands. Says Rahul, “For instance, if you consider the category of bolts, in that itself there will be bolts of different sizes, different materials. Hence, categorisation becomes a challenge in a B2B business.”

Added to that, the number of local, regional, national brands are running into thousands, which make the task of organisation even more difficult. Hence, getting visibility becomes a tough nut to crack. What sells, what doesn’t sell is another complex issue.

Bringing about a behaviour change in vendors is another task. While they have a hang of ecommerce, there is a bit of learning which has to be imparted to bring about a basic behavioural change. Often vendors cannot guarantee the inventory, which again becomes a problem.

In B2B one cannot use discounts or sell at a loss for future gains. Adds Rahul,

“You can’t think of creating a buying behaviour on the basis of discounts as it will not stick in B2B.”

For the initial 10 member team of Industrybuying, these challenges and realisations were a part of their learning curve as they moved head on to tap the opportunity in this space.

Says Rahul, “When you come to think of the opportunity, it is pan India. These vendors have their own distribution network and one can’t think of moving beyond that. They make trips to local markets to stock up, where you might not get all sizes and brands. Hence, the opportunity is classic.”

When Industrybuying started out, they realised that B2C businesses had done a lot of hard work in creating awareness. The same was required for building a solid B2B business. While many listing sites had come up which charged a price for listing products and worked on a monthly subscription model, sending leads to sellers, a lot of arbitrariness was involved wherein many sellers were not getting prominence on these sites. Industrybuying focused on understanding these issues, and systematically went after mapping categories. Going product by product, region by region, the startup aimed at making the portal as broad based as possible, listing only authorised sellers who stocked the products. Rahul says, “In this domain, you need to have a very strong knowledge of products. You have to think like an engineer. Our idea was not to chase a certain number of sellers on the portal but focus on the brands. Hence, we look at products very closely.”

So, when a seller approaches the startup or vice versa, the vendor acquisition team takes a close look at what category and brand is he offering. If relevant, the team makes sure that the products are genuine, and that the seller is an authorised stockist or distributor. What follows is stringent checking involving those of ISI certifications, and other industrial qualifications of quality. This is all done by manually visiting the seller.

Post that, the product is categorised and digitised, and the commission percentage is fixed, which varies from 10%-30%, depending on product and the brand. For local brands, this percentage is higher, whereas for national brands it is lower. A seller only pays commission on a successful order, and doesn’t need to pay any fee for listing.

In addition, the portal has many B2B-specific features like a quotation feature, call back feature, purchase order feature, and special products for enterprises, among others.

Aiming to cross INR100 Cr in GMV this year and triple that to INR300 Cr by 2017, Industrybuying, however, is not alone in its endeavour to crack the B2B market. As Rahul admits, with increased adoption among sellers, there will be more competition and it is definitely about market share. When the brother-sister duo launched the startup in 2013, nobody in India was doing what Grainger.com and Amazonsupply.com had done in the US.

But now, there is a slew of players in this space, which include Tolexo, BazarA2Z, Alliedhunt, Bizongo, Amazon’s Amazonbusiness.in, Moglix, and others. Last December, Alibaba.com also has launched an online platform, Small and Medium Industries Leveraging Export (SMILE) for Indian small and medium enterprises (SMEs). Snapdeal and Flipkart also sell a few of those categories like hand tools and industrial safety products. A Walmart report revealed that the B2B ecommerce market opportunity in India is valued at $300 Bn, and is expected to reach $700 Bn by 2020. Hence, competition will eventually go up. 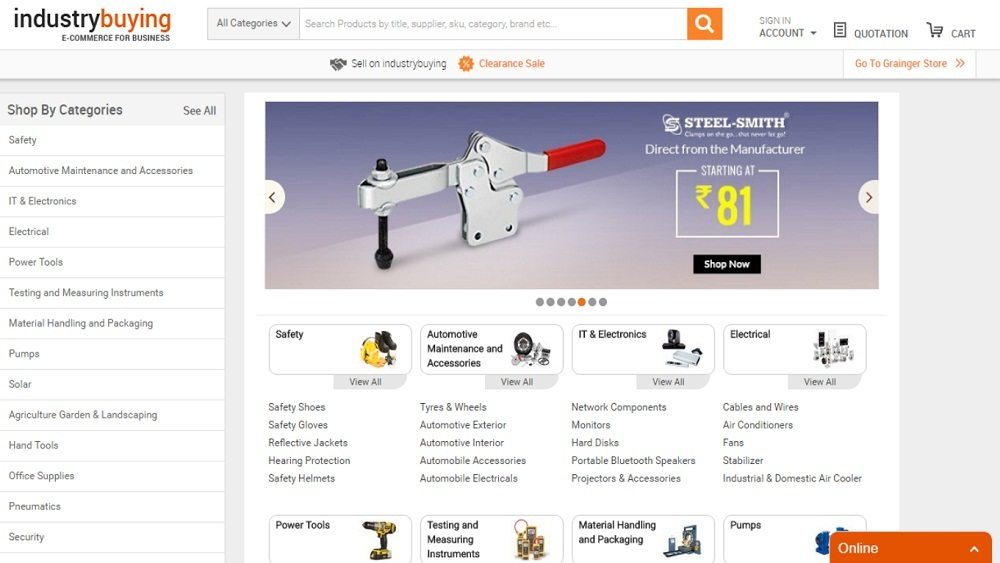 Rahul acknowledges this but is also confident that along with the new features and functionalities in the portal, the real differentiation lies in the volume of business you can give to sellers. Says Rahul,

“Out pitch to them is simple – give them more business. These sellers are reasonably rich and they brew revenues in crores every year. So, if you commit to them and are not able to deliver business, they won’t take you seriously. It is these expectations that we have to manage.”

The fact that Industrybuying has grown its seller base from 1000 in last May to 4 times to 4,500 this May is probably a testimony to the fact that so far it has been able to manage those expectations well. How far will it be able to do in the future with the likes of Walmart, Amazon, and Alibaba in the field, will be interesting to watch out for.