Inc42 UpNext: How Looking Inward Changed Everything For IndiaMART

Inc42 UpNext: How Looking Inward Changed Everything For IndiaMART 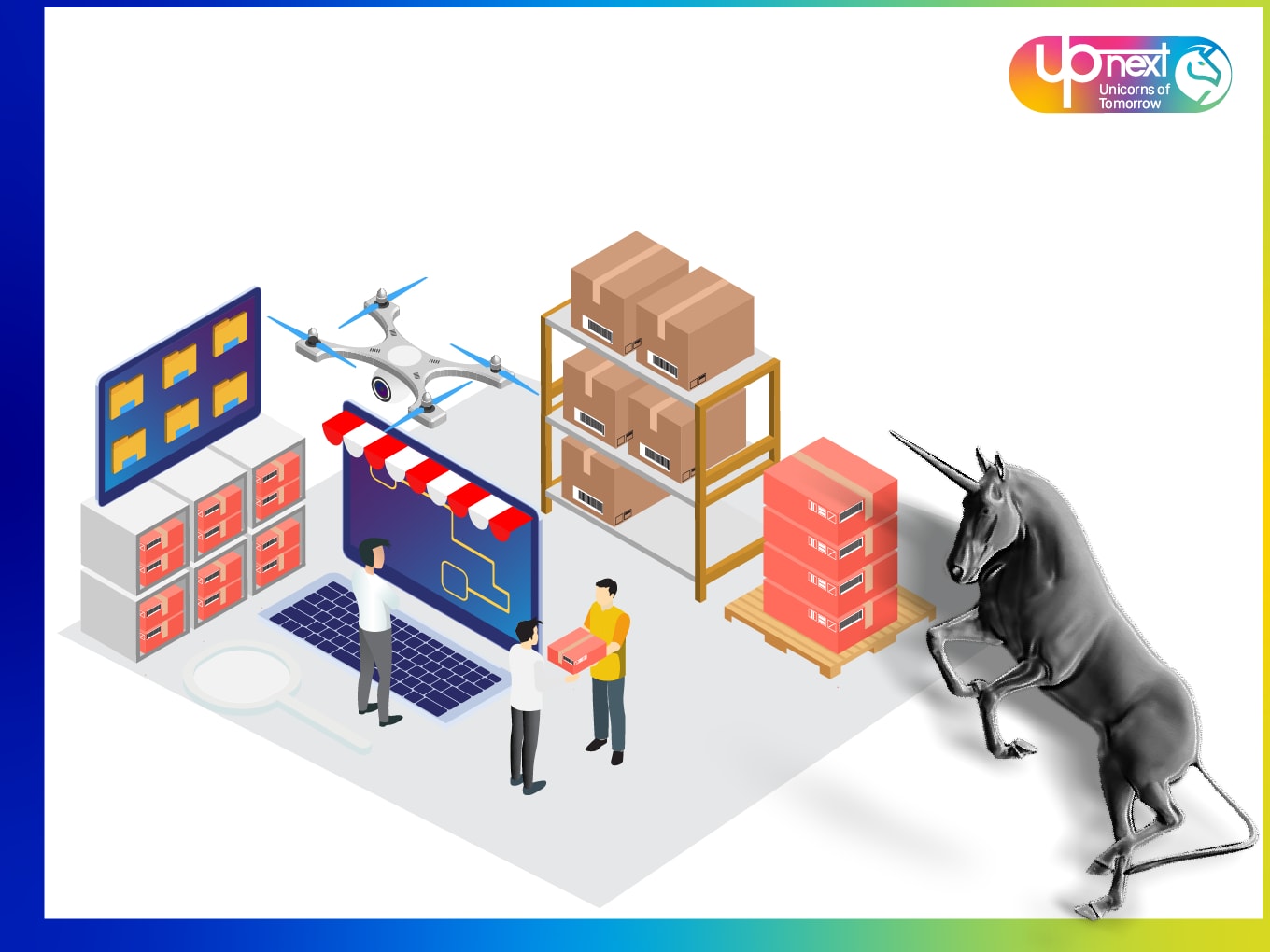 The B2B marketplace went public in June, one of the few tech companies in the world to have a successful IPO this year

What does the future hold for one of India's most successful startups?

To celebrate India’s rising startups, Inc42 is profiling a new soonicorn every Friday in the Inc42 UpNext: Unicorns Of Tomorrow series. For the next few months, we will be speaking to founders and cofounders at these potential unicorns and shining light on their journeys and growth stories. We begin the series with a look at B2B marketplace, IndiaMART.

At the time of the 9/11 terror attacks in the US, IndiaMART, one of India’s first B2B marketplaces, served as a gateway for global customers to buy Indian products. The uncertainty which ripped through international markets post the terror attack saw IndiaMART’s business slump by more than half. But this gave Dinesh Agrawal, cofounder and CEO of the company, the idea which would make it the nation’s largest wholesale online marketplace.

Agrawal, along with cofounder and cousin Brijesh Agrawal, turned his eyes to a bigger opportunity. A majority of India’s small-time manufacturers and wholesalers had no online presence. Small and medium enterprises and cottage industries badly needed a place to order machinery, raw materials and storefronts to sell their products. The Agrawals saw the gap and armed with a princely $10 Mn investment from Intel’s venture capital fund and pivoted to the domestic market in 2009.

A decade onwards, IndiaMART holds 60% share of the country’s wholesale market according to KPMG, and it went public in June, one of the few tech companies in the world to have a successful IPO this year.

Incorporated in 1999 by Dinesh Chandra Agarwal and Brijesh Agrawal, IndiaMART InterMESH Limited has 5.5 Mn supplier storefronts with listed 60 Mn products and 59.81 Mn registered buyers as of March 2018. The company earns 99% of its revenue by selling subscription packages to sellers. In addition, the company also generates revenue by advertising, sale of RFQ credits and payment facilitation service. It competes with the likes of Tradeindia.com and Alibaba India. Other players include JustDial, Google, Industry Buying, Power2SME, Moglix and Bizongo.

Over the last three financial years, the company has shown stability in its finances, a rare trait among internet companies which usually eschew profitability for quick growth. According to Dinesh keeping away from the new-age internet businesses’ way of doing things worked in their favour.

“If the company does not make money, I don’t make money” Dinesh Agrawal, CEO IndiaMART

Dinesh, a computer science graduate from Harcourt Butler Technological University in Kanpur, started IndiaMART in 1996 after quitting his job in the US. Being a computer analyst he had a rough idea of starting something in software services and settled on building a platform for businesses to display their products via dedicated web pages.

True to the style of many Silicon Valley giants like Intel and Hewlett Packard, IndiaMART’s story started at Dinesh’s house with the initial investment coming from his personal savings.

“I had purchased a flat in Delhi while I was working and set up my office in the flat in 1996. I had a saving of INR 40K and it was invested in the business,” he said.

At the time India had about 15K internet users and the excruciatingly slow internet speeds meant uploading and downloading small files would take several hours. Talking about his first client Dinesh said “We managed to get fast-food chain Nirulas as our first client. The deal was to develop and manage their website for an annual fee of INR 32K.”

In the early days, IndiaMART would provide website building services to its clients at a time when having a website for your company was still a novelty and not a necessity like today. However, the hallmark of a successful business is the one which shows you how it can be beneficial to you and then try and sell its wares. In a similar vein, IndiaMART started giving out free listings on its platform. Once a company profile was online, it would start generating business queries from potential customers from across the globe. Then Dinesh and his team would monitor the response and their sales personnel would apprise the company about the interest being created online.

“Having proved the value of web presence to the companies, we would then offer them a customised, full service to enable them to draw even bigger numbers for their businesses. This strategy helped us bag several clients. By the end of the first year (1996-97), we had a staff of nine and the firm recorded a turnover of around INR 6 Lakh,” Dinesh told Inc42.

IndiaMART quickly grew and by 1998 had a second office in Mumbai with a staff of nearly 100 people. After the US terror attack on 11 September 2001, revenue fell by nearly 40% and it got tough to pay salaries none of the employees quit. This is a matter of great pride for Dinesh who told us that more than 100 of his employees have been with him for more than a decade. At the time of IPO, employees held 14% stake in the company.

“Several of the staffers who had joined us at the launch of the company are still with us,” – Dinesh Agrawal

After pivoting to the domestic market in 2007, the company re-evolved into its present form as a buyer-dedicated forum in 2011.

“A buyer can post his requirement on the platform and our search technology can help him find the right supplier. We see a huge potential in this venture,” the founders had said at the time. The slow-but-steady approach clicked and by 2013-14, the company generated a turnover of around INR 200 Cr. The company also gained 130K active and paying subscribers.

“We would go to every trade fair, trade organisation, export promotion council we heard of across India. Our field sales force was spread across 77 different offices who would sign up suppliers and help make their catalogues.” Dinesh said.

A slow and tedious process, considering many small-time businesses in the country’s hinterlands would not have pictures or basic knowledge of what a web presence meant, IndiaMART executives added 60K products over a decade.

What has been a palpable constant is Dinesh’s enthusiasm to champion the cause of small and medium businesses. Coming from a small town near the Nepal border, Dinesh knew how hard it was to run a business without actionable insights and visibility into macro trends in the market.

“One of the biggest challenges was that some of these SME owners have been family businesses for 40 or 50 years and they know how to handle a walk-in customer or a customer over the telephone. They do now know how to handle a lead coming over SMS or email or do a follow-up or converting an impression into a sale. So basically all the ways that new-age business is done. Converting them to a lead management mindset was a slow process,” he said.

Once the platform came into its own, the next big game-changer was putting up clearly visible pricing quotes. “It is very hard to was when you are in a remote village of UP to know what the current prices are in the wholesale markets of Delhi or Mumbai or Chennai. Now whether you are in Indore or Raipur or in Arunachal Pradesh you can see the ongoing prices,” he added.

Explaining the rationale behind IndiaMART’s eagerness to go public, Dinesh said that firstly this increases the company’s credibility with customers and sellers as there will be proper scrutiny and audits every quarter. Secondly, its first investor Intel Capital and many employees have gotten a good exit.

Talking about the trend of internet companies shying away from IPOs, Dinesh opined that only five Indian companies have managed to scale operations without losses mounting to alarming levels in the last 25 years. (Naukri.com, Bharat Matrimony, MakeMyTrip, JustDial and IndiaMART)

“While banks would not touch some of today’s unicorns, they were all very welcoming of our IPO. There is a high demand for good tech companies. But for tech companies which are incentivising buyers to inflate sales it is harder as there will always be a big investor who is ready to throw a few billion dollars into your competition,” Dinesh said when asked about what are the reasons for the low participation of Indian startups in public markets.

“For IPO a company needs a good revenue of about $100 Mn (not just Gross Merchandise Value) and close to profitability. It feels like being thrown into a completely different orbit,” Dinesh said.