Despite PoS terminals being a familiar sight in retail establishments for years, the Indian market has only 0.003 terminals for every resident

Looking to help SMBs bridge the digital gap, Perpule, which was acquired by Amazon in March 2021, offers cloud computing support and also works without internet connection

CTO Saketh BSV believes that while so far services have dominated the retail landscape, the need right now is for self-manageable products to solve digital transformation challenges

India’s retail giants have not been shy about adopting point-of-sale devices or PoS machines, but the same cannot be said for smaller kiranas, local retailers, and merchants. In many ways, this is to do with the customers that these different classes of retailers cater to. With fewer credit card users shopping at smaller merchants or SMEs, it stands to reason that that penetration is weak in this segment.

RBI data shows PoS terminals accounted for $165 Bn in transactions in FY2020, but small and medium businesses accounted for a fraction of this. India has only 0.003 POS terminal for every inhabitant, which puts the country at the least number of per capita PoS terminals among advanced and emerging economies. The problem is not of intent — fintech adoption rate in India has surged to 87% — but stems from the lack of digital infrastructure and instruments of financial inclusion, which continues to India still being a cash-heavy nation.

As with most sectors with an inclusivity problem, technology is bridging the gap.

“During our first year of working closely with retailers, we realised that people running the offline business were smart, but they did not have the tech wherewithal to compete against the likes of new-age e-commerce players,” said Saketh BSV, cofounder and CTO of Bengaluru-based retail tech startup Perpule.

While infrastructure is largely a public sector issue, startups such as Perpule, mSwipe, Pine Labs, Paytm, PhonePe, and others are stepping in to fill the gap through mobile-first PoS solutions. “The agility needed to be able to provide and improve the experience to customers became more important, and we wanted to present them with such opportunities,” Saketh added.

With a growing customer base across India, Perpule attracted the eye of US ecommerce giant Amazon, which acquired the retail tech startup for INR 107.6 Cr (about $14.5 Mn). The overall deal value is pegged at INR 150 Cr ($20 Mn) as Amazon is expected to pay additional remuneration to Perpule’s employees as per two individuals aware of the discussions. Besides this, Perpule’s early investors Prime Venture Partners, Kalaari Capital, Venture Highway exited the company with a 4X to 5X return.

An Offline PoS For Digital Payments

Founded in 2016 by Saketh, Abhinav Pathak, and Yogesh Ghaturle, Perpule to tackle the technology adoption challenges in the sector. The startup launched a SaaS product called UltraPOS to begin with. It offered a cloud-based, mobile PoS system capable of payments, billing, bookkeeping, and inventory.

Perpule claims it differs from the competition by even accounting for offline usage. The product is capable of scanning items, bill generation, and compiling the sales records even without any internet connection. However, Saketh said clients need to ensure data in sync with the cloud to enjoy features like analytics and insights. And the software also has barriers to ensure data is synced at least once a day, and ideally near real-time if the internet is available.

The slow adoption of technology has been one of the prime challenges for the retail industry. Retailers, especially those running small stores in tier 2 and 3 cities, are forced to prioritise the logistics for supply and distribution channels due to limited resources. As a result, customer experience takes a back seat, and consequently, long queues, delays in transactions, slow billing ruins the customer experience.

UltraPoS was developed to solve many of these pain-points by contributing to billing and inventory, as well as through sales analytics reports, revenue growth insights. The product uses cloud computing to provide real-time reports on sales. Saketh said that retailers wouldn’t have access to instantaneous sales reports, which can be crucial on high volume sales days when they need to make dynamic decisions on-the-go. 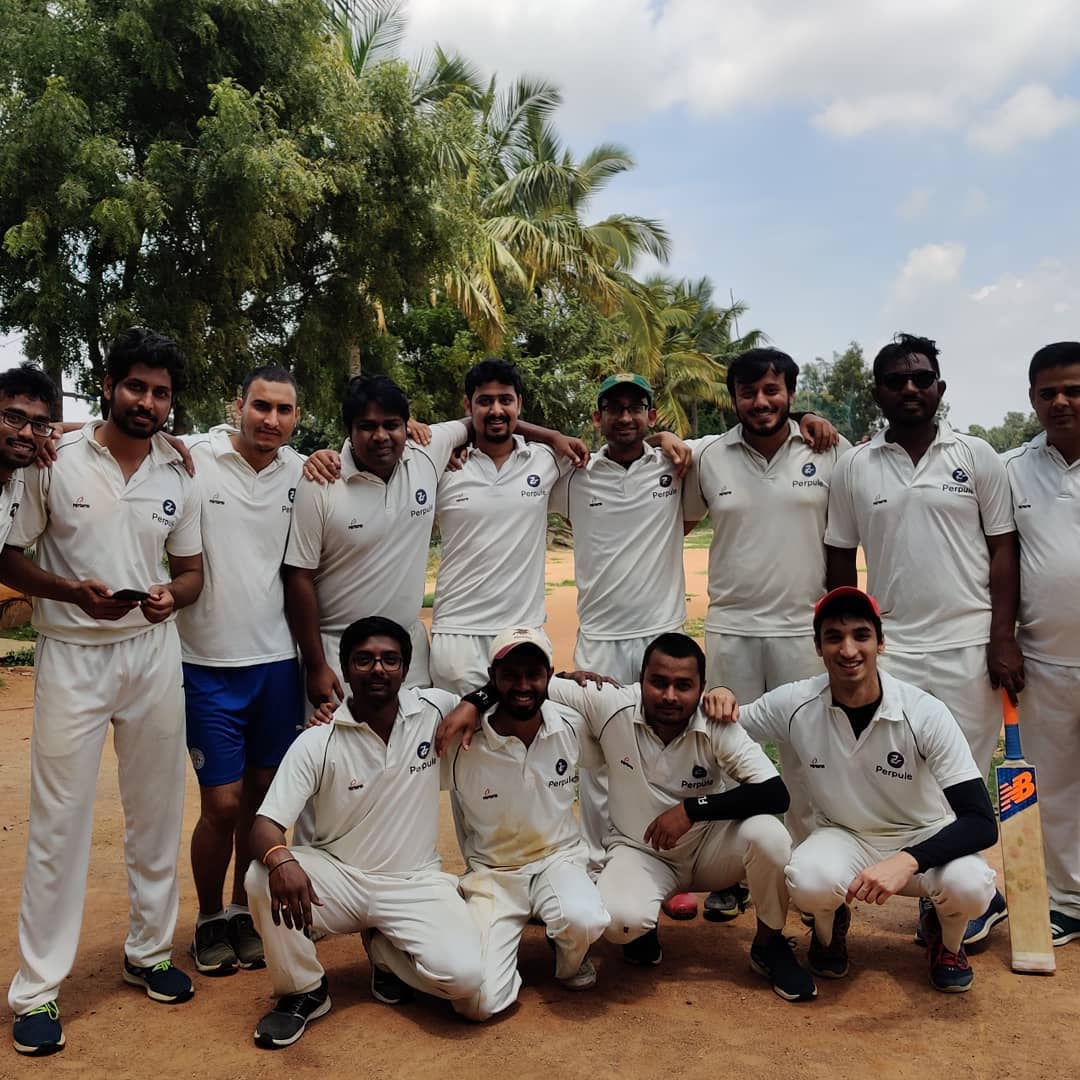 UltraPOS also comes with tech support and software upgrades, which is difficult with older PoS machines. The retail sector’s needs are dynamic given the current market uncertainty and the flexibility to offer updates allows Perpule to showcase its tech competency. At the moment, the company releases quarterly patch updates to cater to the demand and feedback.

For example, retailers can expand their revenue streams by adding bill payments, mobile recharges, travel bookings and more along with their regular inventory. Saketh claims this was a much-requested feature by customers in Tier 2 and 3 cities, where people frequent stores for ancillary purposes.

Perpule began with a 5-person technology team, which today has 20 employees. Saketh said product adoption and scale have increased in line with this growth, and the focus on cloud computing has meant that the startup can scale up without hiring extensively. “Most of the services we use are managed by AWS. That gives near 100% uptime and reduces efforts from our end to a great extent. Also, the ability to provide disaster recovery and security recommendations is of immense help.” said Saketh.

The company uses AWS offerings such as Elastic Beanstalk, Relational Database Services, and Simple Notification Service for processes including deployment, simplifying databases, and sending instantaneous responses via messages and other notifications. Saketh believes that AWS’s maturity in the market, as well as its responsiveness, makes it an easy choice for cloud-first tech operations.

“Lots of large incumbent software providers in the domain come from a mindset of service. We have to start looking at it as a SAAS product and upgrade it periodically to meet the changing needs of the sector.” – Saketh added.

The major hurdle in Perpule’s growth path is making the migration of traditional businesses to the online realm easier and less cumbersome. This is why digital adoption has been low in India, particularly in the case of SMBs. Saketh claimed the company has made that its number one priority as it expands to more businesses in the future and targets a larger slice of the retail market. That also means taking UltraPOS to the international stage to cater to the global digital transformation demand.