Is India’s Fintech Wave Really As Inclusive As It’s Being Made Out To Be?

Is India’s Fintech Wave Really As Inclusive As It’s Being Made Out To Be? 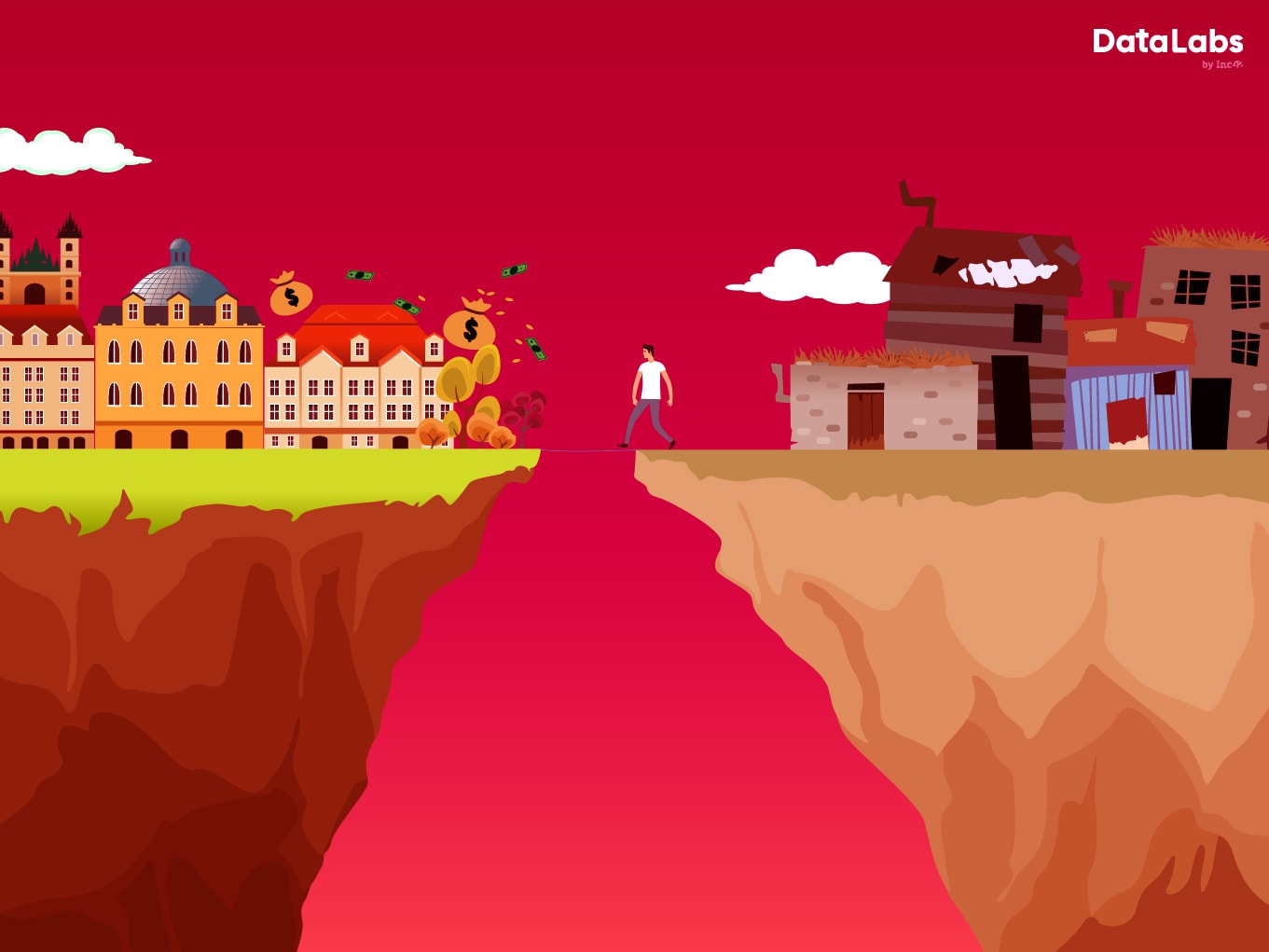 The investment inflow in Chinese fintech startups was 6.34x higher than India between 2014-2018

The fintech ecosystem in India has witnessed a massive surge both in terms of venture capital funding and adoption of fintech products. From 2014 to 2018, the total VC inflow into Indian fintech startups has more than doubled to 117%, whereas the fintech adoption rate for India has surged to 87% (2019) from 52% (2017) according to global accounting firm EY.

However, this exponential growth has a caveat. EY’s report, titled “Global Fintech Adoption Index 2019”, showed that India is ranked above some of the leading economies in the world like the United Kingdom (71%), Germany (64%) and the United States (46%). The research report, however, may not be the right indicator to determine the inclusiveness of fintech adoption in Indian society, as the inputs for this survey were only taken from “digitally active adults”. The fundamental problems of the Indian society — lack of reliable technical infrastructure and lack of financial literacy remain big roadblocks in making the country’s fintech wave truly inclusive.

A clear marker of the lack of adoption at the grassroots level is the glaring fact that only a mere 2% of the rural population in India above the age of 15 years had used the internet to pay bills. While the urban population fared slightly better, overall only 4% of the overall Indian population above the age of 15 had used the internet to pay bills or purchase something online, according to World Bank data.

Given the rapid rise of ecommerce and UPI transactions in the country these single digit figures seem particularly dismal.

Despite such exponential growth, the financial inclusion of the marginalised sections of the society is still lagging – as of 2017, the total internet subscribers in India was more than 446 Mn, out of which 132 Mn (29.59%) were rural. This indicates that the growth of fintech adoption in the Indian subcontinent is not egalitarian in nature, which would eventually undermine the optimal impact of fintech adoption in the country.

China and India combined make around 52% ($14.83 Tn) to the total nominal GDP of Asia ($28 Tn), in the context of the population, the contribution is more than 60%. These numbers indicate the importance of these two economic powerhouses in the region. Although both these countries have been consistently ranked on top of the charts in terms of fintech adoption by multiple sources but the adoption of fintech in India and China is limited only among the tech-savvy audience of these countries.

The reason for lagging financial readiness of non-urban Indian audience can be attributed to the fact that the necessary technical infrastructure required to support a sustainable utility of fintech products in rural India is not adequate in comparison to China.

The funding in the fintech startup ecosystem of India, despite being nascent in comparison to China has recorded a negative growth rate of 2.72% (2015 to 2018), whereas on the other hand China being comparatively mature market recorded an impressive growth rate of 451.85% in the same time period.

Clearly, the financial unreadiness of people in India is impacting the investor confidence towards the fintech sector in the country. And due to lower investor interest, fintech companies of India tend to make safer bets in urban areas instead of developing the support systems to facilitate a cashless rural economy.

Financial Literacy: The Bottleneck In India’s Road To Financial Inclusion

The investor confidence of Indian VCs towards the fintech ecosystem is very crucial for the Indian economy. Provided the fintech startups in India have been the driving force behind the spree of digitalisation which had picked up after the demonetisation of INR 500 and INR 1,000 currency notes in November 2016. Over the years in addition to payment tech, other fintech sub-sectors like lending and insurance tech have also picked up expanding the addressable market for fintech products in India. This shows that the supply side of the fintech market is already equipped and ready, but due to lack of financial readiness of the Indian people the demand is not in equilibrium with the supply.

One example of such a phenomenon can be attributed to the fact – As of 2018 after the advent of Pradhan Mantri Jan Dhan Yojana (PMJDY) India had a total of 180 Bn bank accounts, out of which more than 48% of them was dormant accounts, according to the World Bank data ( without a single transaction in the past year).

Utility over accessibility is the right approach to measure the degree of financial inclusion in the country. The utility can only be achieved when the consumer sees an added advantage in the products/services.

In order to increase the utility of fintech products in the country, the understanding of financial instruments among the non-urban people of India needs to be increased and fintech startups can play a vital role by having a more consumer-centric approach towards increasing the financial understanding of the people. The high financial literacy of Chinese people in comparison to Indian is the major reason why the fintech adoption in China is more inclusive in comparison to India, the degree of financial literacy of Chinese people can be attributed to the fact that — in PISA 2015 assessment on financial literacy, the young Chinese students topped the charts with 566 points, far above the average of 481 points for the countries in the Organization for Economic Cooperation and Development (OECD).