How MyCrop’s Farmer Mitras Are Helping Growers Reap Better Harvests, And Making A Career For Themselves

How MyCrop’s Farmer Mitras Are Helping Growers Reap Better Harvests, And Making A Career For Themselves 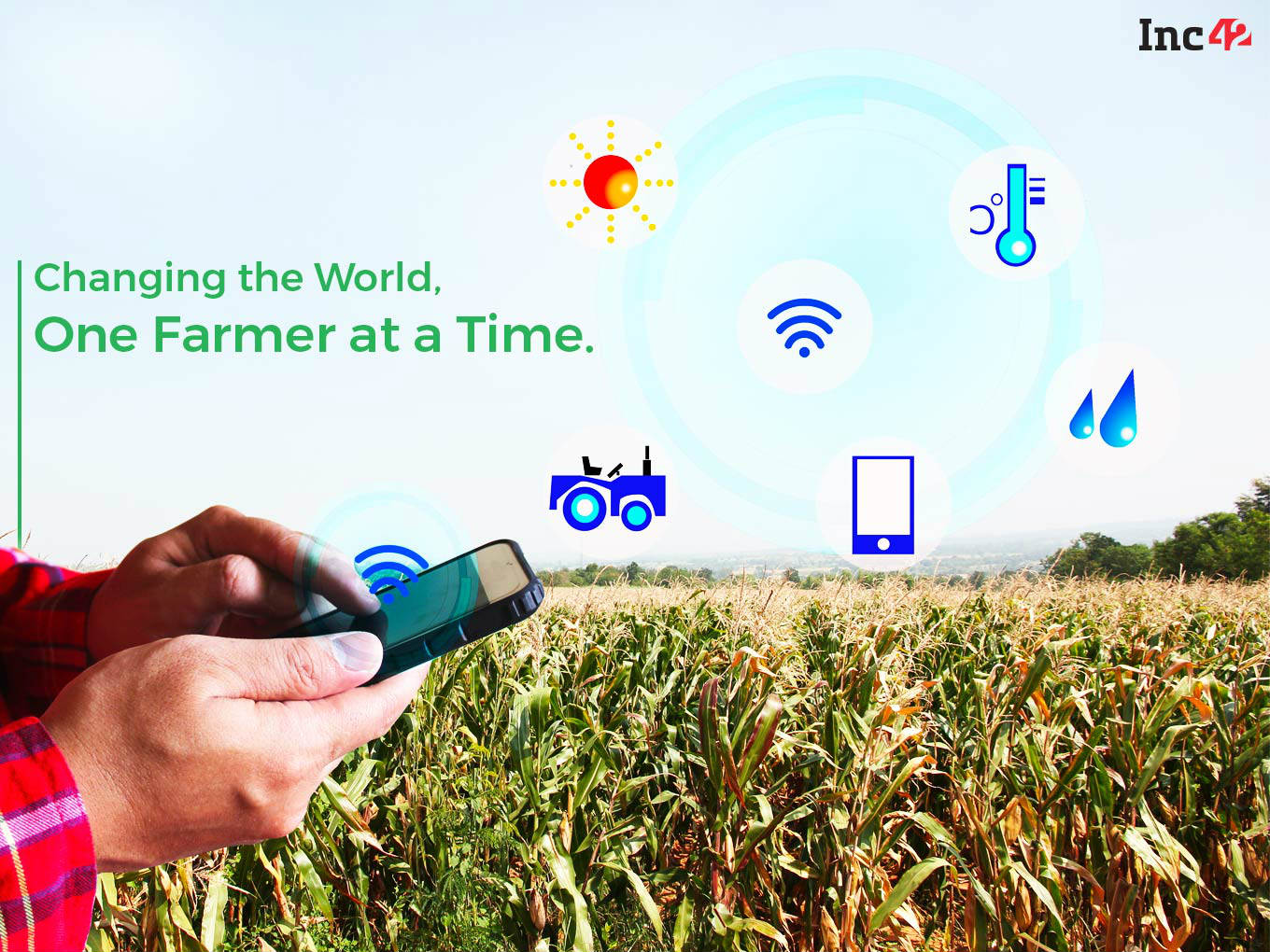 Since the adoption of the Green Revolution — between 1965 and 2015 — India’s food production has multiplied 3.7 times, resulting in a 45% increase in food production per person, making India self-sufficient when it comes to food and an exporter as well. But one-fifth of India’s farmers’ still live below the poverty line.

The Narendra Modi-led government at the Centre has announced its commitment to doubling farmers’ income by 2022, an ambitious plan that could do with a leg up and more from technology.

In remote villages in Gujarat in India, a handful of Farmer Mitras are doing just that. These Farmer Mitras (friends), appointed by agritech startup MyCrop, roam agricultural fields in the area, collecting data across various agricultural parameters. The information is then uploaded on an app developed by MyCrop built using artificial intelligence (AI) and machine learning (ML) technologies for predictive analysis of farming output. 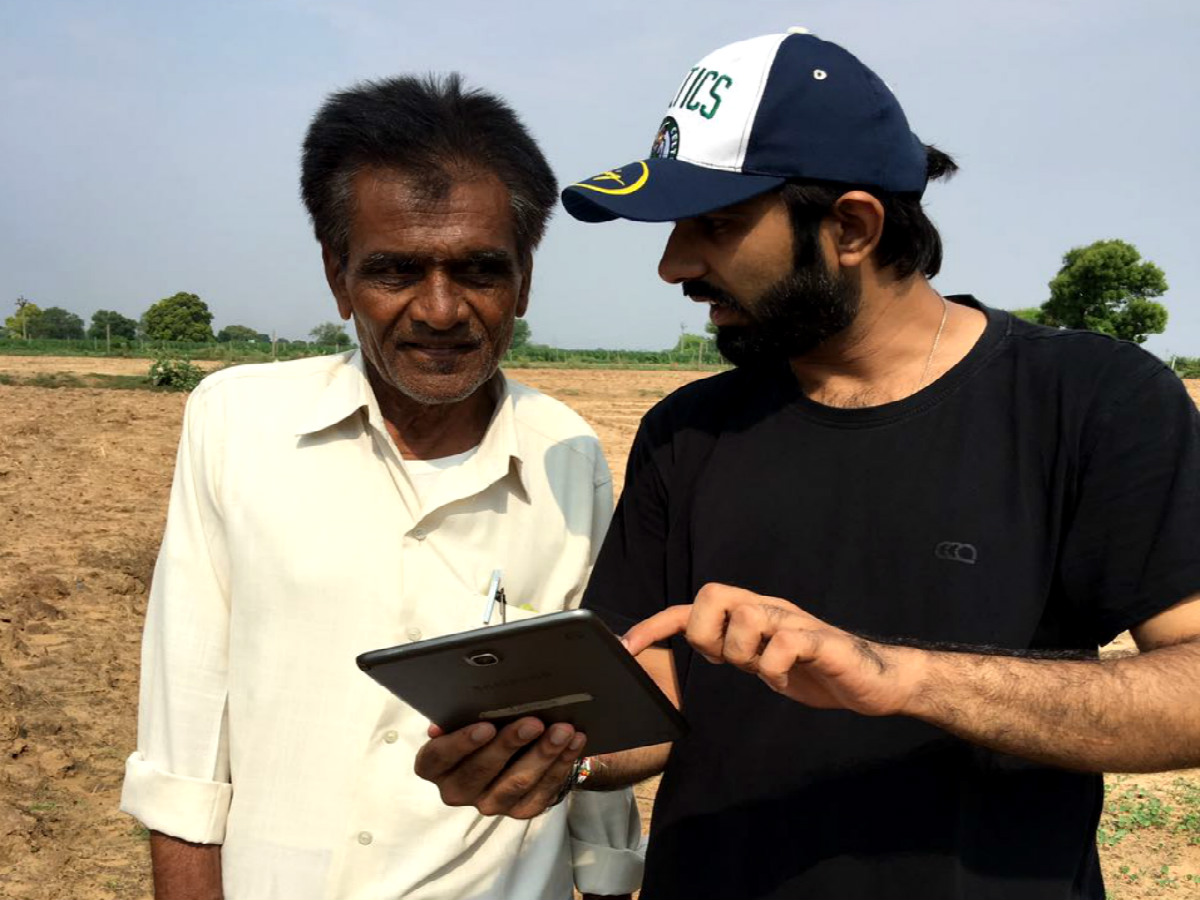 The Farmer Mitras are also tasked with mentoring smallholder cultivators in the latest farming techniques and technology. The aim is to help farmers decrease farming costs and increase productivity and income, says founder of MyCrop, Deepak Pareek, adding the startup is also helping generate employment for youth in these villages by onboarding them as Farmer Mitras.

Interestingly, MyCrop started started its operations abroad — in the Southeast Asian island nation of Indonesia — before launching in India. It is present in Java and North Sumatra, where it has appointed 21 Farmer Mitras. Back home in India, there are 14 Farmer Mitras working in 28 villages in central Gujarat.

“The Farmer Mitras collect data related to land, including geofencing, along with the demographic profile and past crop information of every farmer in the villages where we’re active. Based on the information churned using our AI-powered application, they guides farmers on what to grow, when to grow, and how to grow it,” says Pareek.

The projects have started showing fruitful results, Pareek claims, adding the startup has helped farmers increase their productivity by 30%, thereby enabling them to decrease their cost of production and increase their incomes.

For instance, agri-lenders can use the platform to evaluate farmers’ performance, their land quality, and their farming behaviour to take effective decisions related to disbursal and follow-up of agri loans. Meanwhile, agri-input companies can take effective market-related decisions. Such data-driven insights can even help the government formulate better policies.

“These (farm) plans help farmers do better than what they were doing yesterday. We’ve been able to reduce their cost of cultivation and increase their yields, profitability and income,” Pareek says.

Similarly, food aggregators, agri-import companies and distributor can use predictive insights on farmers’ productivity manage their own stocks better. This, in turn, can enable farmers can avail good prices for their produce.

“We can even sell the produce before the harvest because we can predict its growth. This whole ecosystem is delivered to the farmers free of cost,” Pareek said.

A screenshot of the MyCrop application dashboard

Farmer Mitras: Making A Career Of Data Collection And Mentoring

MyCrop handpicks tech-savvy locals and appoints them as village level entrepreneurs (VLEs) or Farmer Mitras. It trains them and tasks them with collecting data related to farmlands and crops, which is then uploaded on the AI-powered MyCrop app to draw actionable insights.

“We’ve worked a lot in creating a good training module that is universal. We give a complete career plan to the Farmer Mitras,” Pareek says.

The Farmer Mitras are taught to collect important information related to the demographic profile of farmers and their land and crops, among others, along with images. The data is then collated with geo-spatial factors (climate, topography, etc). The startup also draws on information from third-party services — for instance, historical financial and land data.

All of this data is processed using ML and AI to predict agricultural output. On the basis of these predictive insights, MyCrop draws up customised end-to-end farm plans covering the crop lifecycle for farmers. The plans are simple and include recommendations on what crop varieties a farmer should plant, the number of days he should spend on different farming activities (sowing, irrigation, application of crop nutrients, crop protection, harvesting), and other relevant inputs.

The Farmer Mitras visit farms periodically helping farmers implement their cultivation plans and post updates on the MyCrop platform through pictures of the current crop status. They also educate farmers through video, pictures, and information on their MyCrop tablet about actions to be taken.

According to Pareek, Farmer Mitras hired by MyCrop in India are earning nearly $150 USD (around 10,000 INR) every month while following their passion to serve farmers.

help farmers in his/her respective villages, who is also adept at using mobile phones and tablets, it doesn’t add the village to its portfolio.

MyCrop: Sowing The Seeds Of Growth, From Indonesia To India

Founded by Pareek along with two other co-founders — Paresh Shah and Vinesh Patel — MyCrop first launched its pilot in December 2016 in North Sumatra in Indonesia. Now, the startup is offers its solutions through 21 Farmer Mitras across 32 villages in the country.

Inc42 asked why the startup chose to first pilot its solution in Indonesia? Pareek said, “We chose Indonesia as there are less variables to manage. Rainy season duration in Indonesia is usually long and has a very rich soil (because of volcanic soil), and farmers have more income per capita than India. Further we had support from agriculture Input companies and some NGOs like GIZ for our endeavors.”

The three founders infused about $400K to start the company. The bootstrapped startup was officially launched in March 2017 in Indonesia and in August of the same year in Gujarat, ready to foray into agritech market and change the way farmers grow crops. In India, MyCrop is headquartered in Ahmedabad, Gujarat, and its Indonesia head office is at Medan in North Sumatra.

The startup claims that its solution is being used by approx 4,500 Indian and Indonesian farmers, who have been able to increase their income by an average of 34%. The startup, which was running in pilot mode until last year, started clocking revenues from February 2018. Currently, its monthly revenue is around $5.8K (INR 4 lakh).

“We work by launching a small sustainable pilot and then take it to a large organisation that can roll it out to more and more people. We generate revenues from commissions charged to stakeholders using the platform,” Pareek said, adding that MyCrop doesn’t charge anything from the farmers using its application.

The platform is currently being used by seven ecosystem stakeholders including NGOs, agri-input companies, and agri-lenders.

Agritech In India: The Market and The Players

Bolstered by the government’s commitment to the goal of doubling the farmers’ income by 2022, several agritech startups and ecosystem enablers, including investors, incubators, and accelerators, are coming forward in India to invest in the sector.

Inc42 DataLabs report suggests that around $36 Mn was invested in 15 agritech startups in 2017. Further, an IBEF report highlights that the country’s Gross Value Added (GVA) from the sector is estimated to have grown at 3% in FY18.

Similarly, startups are mushrooming in the space. There’s Intello Labs, which provides an AI-based deep-tech solution for crop inspection and agricultural products grading, and Agricx, which has developed an AI-and machine learning-based SaaS solution to simplify the grading system and eliminate variability in the quality of produce sourced, among others.

Another agritech startup, Harvesting Inc, is implementing its AI-based agricultural intelligence engine in villages across Maharashtra, Chhattisgarh, and Punjab. The engine uses remote sensing technology to provide data on farms and farmers to enable agri-lending institutions to carry out pre-loan and post-loan activities more efficiently.

In a recent development, Chandigarh-based agritech startup AgNext raised an undisclosed in Series A funding from Omnivore Partners India Fund 2. The startup plans to use the funding to expand its product in data analytics in the agriculture space by combining both hardware and software.

MyCrop, meanwhile, is in the final stages of charting out its plans to start its operations in Myanmar, Philippines, and Vietnam — other agriculture-focused countries in Asia.

The startup is currently looking to raise Series A funding and plans to close the round by September, as part of its plan to expand its operations to other states of India. “We want strategic investors and want to onboard domain experts,” Pareek says.

Asked about the challenges faced by MyCrop, Pareek says the biggest challenge is hiring the right candidate to train into a Farmer Mitra. “Till the time I don’t get a good Farmer Mitra, I’m not adding another village just for the sake of adding one,” he adds.

This approach may well be a boon for the startup. At the heart of MyCrop’s AI-based farming solution is the larger mission of improving the lot of farmers and of agriculture as an industry. And that can only be done by stakeholders — whether individuals or companies — who are passionate about ensuring that India’s farmers get their due and can live better lives.