Sometime in 2015, someone posted a very thoughtful question on an online Q&A platform Quora: “Is India still an agricultural nation? Why?” The replies from Quora users, while highlighting the positives and negatives of the agricultural sector, were a resounding “yes”.

Despite the fact that India is primarily agriculture driven, one-fifth of the Indian households primarily engaged in farming live below the poverty line. Experts fear that climate change will further impact their productivity, with the incomes of farmers set to be reduced by another 25%. Meanwhile, spiraling debt burden — farmers’ inability to repay loans as a result of low productivity, caused by environmental and other facts — is driving a large number of farmers in the country towards suicide.

While the government has tried waving farmers’ loans, even increased minimum selling price (MSP) on rabi and kharif crops, the latter has been credited for reducing farmer’s woes to some extent, but is yet to have a widespread impact.

The burning question is: How can India increase its farmers’ productivity and incomes and decrease their cost of production, thereby enabling better lives for them?

“If we can bridge the information gap somehow, the fundamental day-to-day problems of farmers can be significantly resolved,” says Garg.

With this aim in mind, the startup has built an Agricultural Intelligence Engine along with three complementary products to provide lenders accurate and real-time information on farmers, their land, and their farming behavior to enable the former to take effective decisions related to disbursal and follow-up of agri loans.

The Agricultural Intelligence Engine processes images of farms obtained via remotely sensed satellite imagery and then uses technology to differentiate among crops varieties, check whether or not they have been watered, gauge how far the field is from the water source, measure the field’s slope and elevation, and even estimates the crop yield, among other agricultural usages.

Launched in 2016, Harvesting Inc is currently implementing its agricultural solution in about seven-eight countries, including Uganda, Nigeria, Kenya, Myanmar, and Bangladesh, in partnership with nine lenders and lending institutions.

In April 2018, the startup launched its operations in India with its headquarters in Bengaluru. It is currently piloting five projects across Maharashtra, Chhattisgarh, and Punjab. 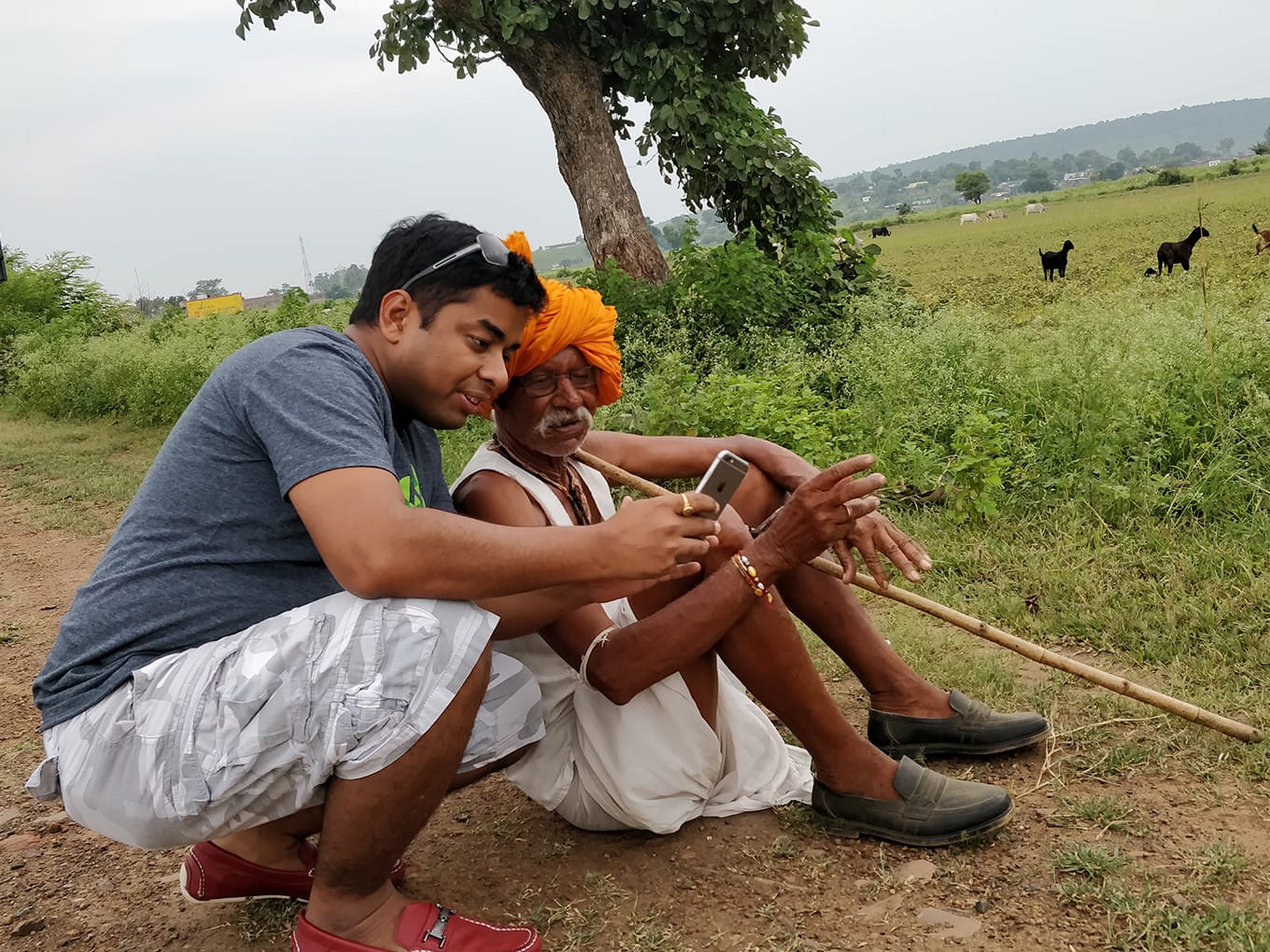 Garg says that more than an estimated 500 Mn global smallholder farmers need financing worth $450 Bn approximately, yet only 3% of the need is being met currently. Financial institutions are unable to deliver enough loans and better services to smallholder farmers because they lack access to data relating to agricultural and financial lives of farmers required for decision making.

Harvesting Inc is bringing win-win solutions for both lenders and small farmers as it reduces the credit risk of both parties. The startup has developed three complementary products around its Agriculture Intelligence Engine — Credit Risk Scoring System, Farmlands Monitoring System, and Land Records Monitoring System.

The Credit Risk Scoring System enables lenders to assess the creditworthiness of farmers approaching them for loans. Garg claims that the technology understands what kind of crop can be grown on the land, what its output could be. It uses remote sensing to monitor fields 24×7, providing real-time information on any changes happening on the farm.

Lenders can use the Farmlands Monitoring System to monitor farming activity after loans are disbursed. Garg explains this with an example: If a lender has provided loans to 5K farmers, it would be difficult for it to keep track of every farmer’s performance. The monitoring system notifies the lender if there is any change in weather events, including information on drought,  which could affect the crop growth and production.

Lenders are given access to a dashboard with the datasets of individual farmers and their farms, making it easier for them to manage their portfolios.

Garg gives another example of a different use case of the monitoring system: Let’s say, a farmer has taken a loan and has not done any activity on the farm for whatever reason for a certain period of time. This is a matter of concern for the lender. The monitoring system keeps the lender updated on various counts — whether the farmer is growing any crops, what crops is he/she growing and where, whether it’s time for harvesting, etc. The lenders can draw insights from this data and plan their loan selection accordingly.

“It is the absence of such information, farmers often end up taking extra loans from local loan sharks, which sometimes can be as high as 60% interest rate, leaving them in a debt trap,” adds Garg. 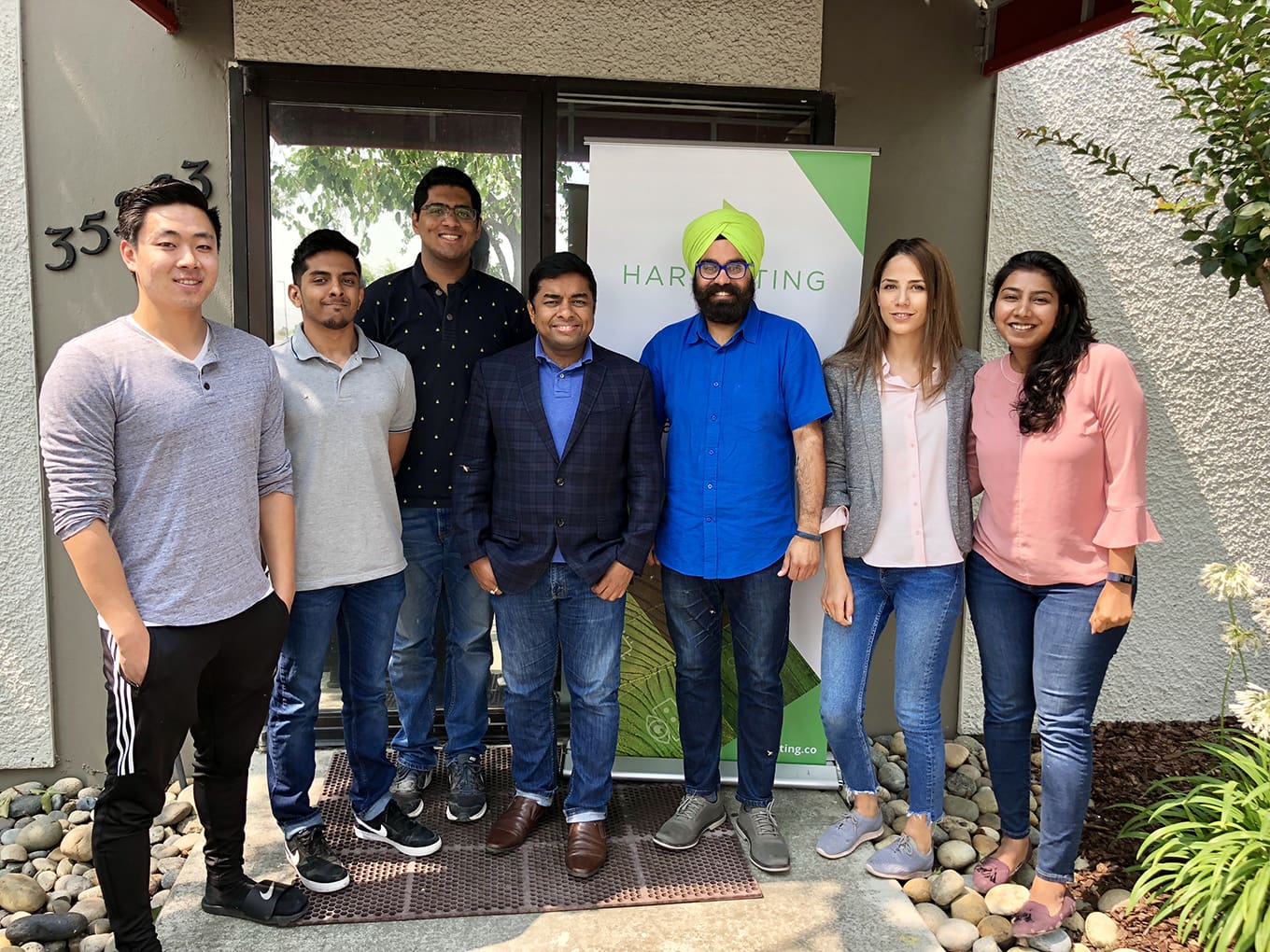 There is another problem the Land Records Monitoring System is solving — that or accurate and transparent information on farm mortgages.

Most farmers mortgage their farmlands to get loans. Whenever they do so, all the government documents about the farm need to be updated. “When we spoke to banks, they told us that in some cases they take up to two-three years to evaluate such documents,” says Garg.

“We realised that one of the biggest problems in agri-lending is that some Indian farmers — though not all — are misusing the system. They mortgage the same farm again and again and eventually declare bankruptcy,” he adds.

The current practice of getting loans involves farmers approaching the bank with their survey IDs. A bank employee is then required to survey the farmer’s land and other assets physically. On the basis of the report, the bank takes a decision on whether a loans it to be sanctioned.

The startup has created a document management system around land records, especially designed for lenders. It obtains information on the farmer’s land from the digital land record system of the Indian government.

“It’s up to lenders how they want to proceed — whether they want to use the scoring system or the monitoring system or the land record monitoring or all three. We understand that lending is a critical business. They can assess, verify, and monitor all the information related to the farmer and his/her farm and then make lending decisions. We work very closely with the lenders at every step to help them draw actionable insights,” Garg says.

How Does Harvesting Inc Collect Data For Agri-Lenders?

Initially, when Garg started working on the theory of Harvesting Inc, he used high-end sensor drones to capture images of farms, but he realised that this method was not efficient enough to gather large amounts of data.

He says, “Although drones are on-demand high resolution image capturing devices, surveying large areas of farmland, say 1 Bn square acres, would require many drones, which is a logistical challenge. Moreover, the cost of the solution would go up for our customers (lenders) if we included drones to gather the images.”

Each of these satellites has its own frequency and resolution. For example, MODIS  has a viewing swath width of 2,330 km and views the entire surface of the earth every one or two days. Landsat does it every 16 days, but it captures images of the earth’s surface with a resolution of 30 metre.

“At Harvesting, we pick images from these satellites to get the best free data points for analysis. The challenge of working with satellite images is that it is complex and requires specialised skills and high performance computing infrastructure,” Garg says.

Harvesting Inc is not the only startup combining agriculture with satellite imaging technology. In Karnataka’s Chikballapur district-based ISRO scientist P P Nageswara Rao has developed a plant health indicator index. He calls it the Normalised Difference Vegetation Index (NDVI) that identifies weak plants. If a plant (crops) has low NDVI, it needs immediate attention such as fertilisers or pesticides.

Even the central government is currently working on a project to make available the latest satellite images and information to explore its diverse usages across sectors. For this, government think-tank Niti Aayog is said to be collaborating with IIT Delhi to develop a machine learning tool to analyse and study remotely sensed images.

Meanwhile, Harvesting Inc is keeping itself busy implementing its solutions on farms in remote parts of the country and making decision-making in agri-lending easier for lenders. Garg is not concerned about debates such as the one on Quora about whether or not India is an agricultural nation. He believes that if solutions such as theirs can lead to wider adoption of technology, they could reimagine the Indian agriculture sector and its productivity, and consequently, farmers’ lives.