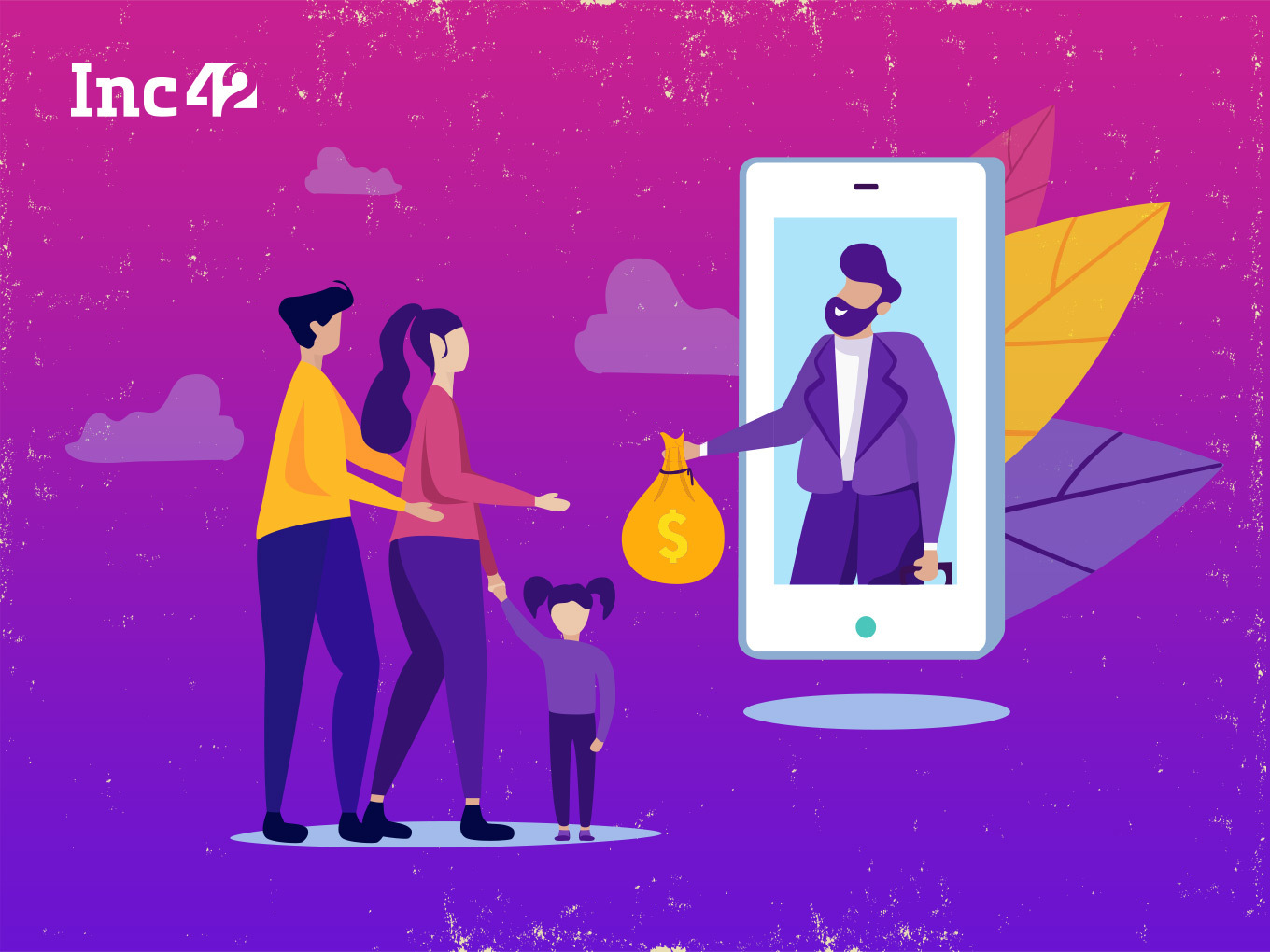 To help millennials in Tier 2 and Tier 3 cities, the fintech startup invests in financial literacy and awareness drives

Inc42 & WebEngage present — “Decoding Hypergrowth” — a series capturing stories of successful businesses, the importance of intelligent engagement, and their approach to creating the same.

Financial inclusion, one of the key parameters indicating a nation’s financial sustainability, has come a long way in India. Compared to 2011, when 35% of the Indian population had access to formal banking and held bank accounts, the latest data from the World Bank’s Global Findex report shows that the number of account holders has reached 80%. But owning a bank account is just a single metric, and it is unrealistic to expect that one such parameter or even a few of them can reveal the true state of the broad and varied landscape of financial services. For instance, one of the pressing issues is credit inclusion, where India still fares poorly.

Despite the widespread availability of mobile and digital banking across the country, a large chunk of the Indian population does not have access to formal credit. As most people do not own properties or significant belongings to put up as collateral for ‘secured’ loans, they fail to get assistance from financial institutions. In fact, according to a World Bank report, less than 10% of the Indian population have access to formal credit. (Of course, there are unsecured loans without collateral, but few could raise it, given the stringent due diligence of the organised sector and the overall lack of financial footprint within the ecosystem that makes people eligible for those loans.) All these prompt people to seek help from the unorganised sector and non-institutional sources, compelling them to pay sky-high interest rates. Eventually, they fall into the debt trap.

Given this scenario, financial inclusion remains a tricky topic even today. However, several fintech startups are coming up with a slew of digital lending solutions to address this issue. Understandably, each company has its unique selling point and works on a specific aspect of the problem. The focus areas vary a lot. It could be the loan amount (from small-ticket to big-ticket lending) or the tenure (varying from 15 to 180 days) or specific demographics or another pain point that needs resolution.

One of the digital lending startups exclusively focussing on credit access is CASHe. Set up in 2016, the Mumbai-based fintech company aimed to create an alternative to existing credit systems so that people excluded from traditional sources can access credit.

“We needed a solution that gave a fresh perspective to the lending business. Hence, CASHe was launched with a clear purpose to provide India’s urban working millennials with a path to better financial health with the aid of technology through their smartphones,” says Riddhi Chakrabarty, Chief Growth Officer, CASHe.

CASHe provides short-term personal loans (unsecured, just like the banks’ personal loans), ranging from INR 7K to 3 Lakh, for a period of 2-12 months. But there is a basic difference. Instead of using the CIBIL (Credit Information Bureau India Ltd) score to measure a prospective borrower’s loan eligibility, the startup has developed its own credit score system. CASHe calls it the Social Lending Quotient (SLQ). Simply put, it is a credit evaluation framework/engine that uses AI-based algorithms (big data and machine learning are the key components here) to evaluate traditional inputs and a user’s digital footprint to measure his/her creditworthiness.

The SLQ differs from traditional credit scores as it measures a borrower’s propensity to repay based on current data instead of historical financial behaviour. It is a comprehensive system that factors in multiple aspects of an individual’s financial behaviour to determine the credit score. As a result, even an individual without a credit history can get a reasonable credit line on this platform.

According to Chakrabarty, building the system was not an easy task as it required heavy research and multiple experiments with the algorithm to get it right. As the success of the platform entirely depends on SLQ ratings, the team spent a long time building and perfecting the engine.

The company has kept the interest rate at 2.75% a month, which is equal to or lower than the interest charged by most traditional lending agencies.

CASHe mostly target Gen Y or the millennials, those aged between 22 and 38. It also looks at young professionals from Tier 2 and Tier 3 cities as they are mostly new to the credit system and may not be able to access formal credit. However, this demographic is often credit-averse and lacks the level of tech literacy required to understand the platform’s nitty-gritty.

Therefore, to increase its user base, CASHe initially had to redevelop the entire credit engine to accommodate different models and assess their creditworthiness. The startup also invested in these customers’ financial literacy and awareness as part of a long-term plan to turn them into repeat customers.

Like most fintech companies, CASHe had to deal with a challenging year in 2020. Although it was operational during Covid-induced lockdowns, the company had to significantly cut down credit disbursals and limit the number of customers. It led to a fall in daily disbursals, and the startup’s customer acquisition took a hit. In the short term, CASHe had to cut down its new loan approvals by 50%.

In spite of the setback in the short term, the company knew it would have to quickly get back to its full operational capacity as soon as the lockdowns were relaxed. To make this happen, it had to rely on its marketing automation partner WebEngage.

Chakrabarty explains how WebEngage, a marketing automation enabler that helps enterprises targeting the B2C segment, provided critical support in three key areas — reducing the number of drop-offs in the customer journey, increasing funnel conversion, and reactivating dormant users. WebEngage enabled the startup to reach out to its users with personalised communication via multiple channels. And this nurturing and hand-holding were duly reflected in the customer retention rate.

Marketing automation is no longer a novel concept for tech-savvy startups and other businesses due to the benefits this techno-business model offers compared to the traditional marketing methods. According to a research by Nucleus, a platform specialising in ROI case studies,  marketing automation improves business productivity by an average of 20%.

“For us, WebEngage saves the time required for execution, which can be effectively used on the product. It helps drive better ROI and also helps with scalability in quantified measures. Early-stage startups can especially benefit from marketing automation,” says Chakrabarty.

As of now, CASHe’s total credit disbursal stands at INR 2,100 Cr, and the company is steadily growing its credit lending capacity. It clocked a revenue of INR 4.5 Cr in FY2018-19, recording consistent upward growth.

The startup has ambitious plans as it wants to operate globally and enter new sectors to extend its bouquet of lending services. The first international destination is Sri Lanka, where its operations are already in motion. CASHe is also eyeing Bangladesh as its next business stop and plans to cater to the MSME sector in the coming days.

Although 1,263 lending startups are currently operating in India, Chakrabarty is not too worried about competition. He says that digital lending is a huge space where multiple startups can successfully operate if they remain committed to their USPs and cater to their target customers. Moreover, with technology being the key differentiator nowadays, it all boils down to proper implementation and its outcome. As CASHe offers a unique product built on tech-based due diligence, the fintech startup will manage to capture the market share it is after, he adds.