How BharatPe Is Using UPI To Solve The SME Credit Crunch, Payments For Merchants

How BharatPe Is Using UPI To Solve The SME Credit Crunch, Payments For Merchants 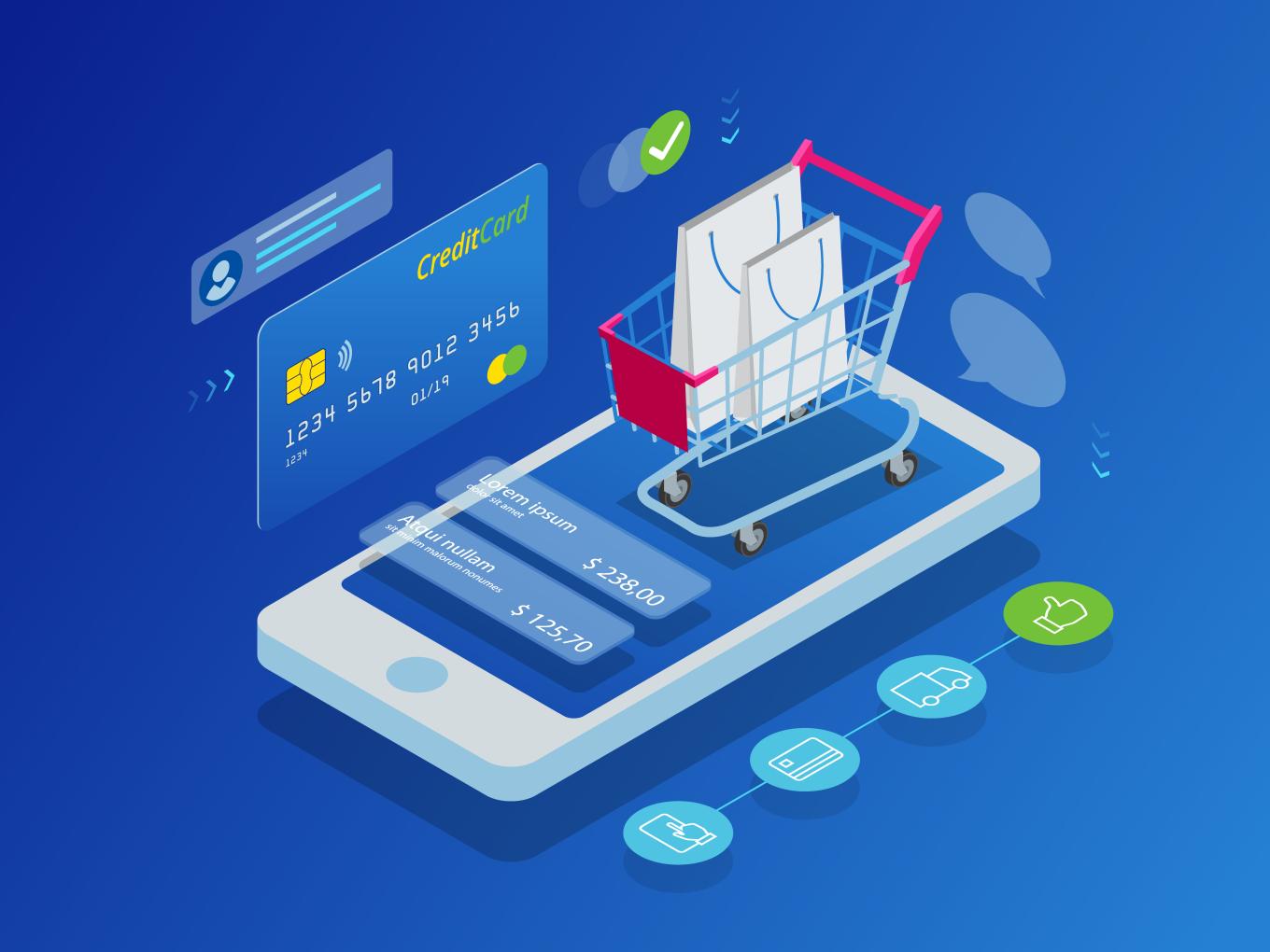 The company had raised $15.5 Mn Series A funding from Sequoia, Beenext and Insight

Despite having a downfall in terms of transaction amount compared to May 2019, India’s unified payments interface or UPI  registered a record volume of 822 Mn transactions in July, a 9% growth over June transactions. With 17.1% of India’s digital payments share, UPI is fast penetrating into the daily lives of average Indians. However, credit and debit cards with a lion’s share of the market — 57% — still dominate the digital payments landscape

Paytm which emerged as the leader in India’s mobile payments space — with the catchy “Why Go To The Atm When You Can Paytm” — and became a byword for digital payments, has now expanded into ATMs and other banking solutions, while other players such as Google Pay and PhonePe have grabbed the majority share in the UPI transactions.

But while UPI has undoubtedly changed how Indians pay online, it is also slowly starting to make an impact in the B2B fintech space as well, particularly when it comes to lending. There is one more player — BharatPe — that has made a significant impact thanks to UPI integration and it has now entered lending space. Founded last year, BharatPe has already raised $17.5 Mn, with $15.5 Mn Series A funding from Sequoia, Beenext and Insight in April this year. The company is in talks with some marquee investors to close its Series B funding now.

Inc42 spoke to BharatPe cofounder and CEO Ashneer Grover to understand company’s growth mantra, its work with UPI and how it is solving the credit problem for SMEs and merchants. BharatPe, which claims to be the fastest growing Indian fintech startup offers offline retailers with payments, lending, and other financial services.

Commenting on raising back-to-back funds, Grover said, “We have had to raise the funds at very short intervals to back the exponential growth that we are getting. For me, funding is proportional to growth and nothing else. In terms of the number of transactions, we would be among the top 10 internet companies in India already on a daily number of counts. And, we have gone with some extremely marquee investors only while raising funds.”

“We want to be the SoftBank for small merchants.”

While Paytm, Razorpay, Instamojo and many other payments companies have entered lending space now, BharatPe too had announced credit lines to its merchants in May, this year. The sintech startup is set to disburse loans worth over INR 70 cr in 2019. Loans from BharatPe are disbursed without any collateral security, and the credit limit is offered on the basis of the shopkeeper’s transactions on the BharatPe QR. The average rate of interest is 1.67% per month

Grover says, “For the retailers the loans that we provide starts from a tenure of a 3-months and it goes up for 12 months. Okay. The amount varies from 10K to 100K for 3-month tenure, for 12-months, the loan amount goes to 5 lakhs. We have already disbursed around 1000 loans. On average, the loan amount is 40K. no one value is what he told him to be because most of them are 3-months tenure. As they successfully complete the 3-months loan, they automatically get approved for 12-month loan.”

In comparison, Instamojo’s lending product mojoCapital which has reportedly hit an annualised disbursal run rate $30 Mn, this March, primarily offers loans up to $100 or INR 7K. The company offers two solutions at mojoCapital — Instant Payout, Next Day Payout. And, hence they cater to slightly different capital or credit requirements.

Grover, however, said that regardless of the transactions, loans are currently offered to only those merchants who have at least physical shop.

Payments And Banking In Post-UPI Era

In India, a country of nearly 1.4 Bn people, credit and debit cards have limited applicability, depending upon credit scores, PoS networks and ATM presence. According to RBI, in May 2019, the total number of debit cards and credit cards were 825 Mn and 49 Mn respectively. This is despite the fact that most of the upper-middle-class users use multiple cards.

Grover believes UPI is the most sophisticated payments interface in the world. He says, “Your ability to access your bank account through any payment interface on mobile is the most superior technology, globally. Many of the foreign countries are now visiting India, studying its payments technology to develop similar technology in their countries.”

The interface is already an evolved one. “What we do need to do is to further increase the distribution and penetration. And, this is something that the government needs to looks into.”

On recent buzz of blockchain regarded as an alternate and effective platform, Grover averred,

Blockchain is over romanticized. I don’t get over excited with ML, AI and blockchain. As at he end of the day, it’s simple computing. You don’t need a rocketscience for payments and lending just need to get the table right.

At the Union Budget 2019 On July 5, the finance minister Nirmala Sitharaman had proposed zero MDR which brought a fair amount of criticism from many stakeholders. Speaking in parliament, she said, “To promote digital payments further, I propose to take a slew of measures. To discourage the practice of making business payments in cash, I propose to levy TDS of 2% on cash withdrawal exceeding INR 1 Cr in a year from a bank account.  Further, there are low-cost digital modes of payment such as BHIM UPI, UPI-QR Code, Aadhaar Pay, certain Debit cards, NEFT, RTGS etc. which can be used to promote less cash economy.  I, therefore, propose that the business establishments with annual turnover more than INR 50 Cr shall offer such low-cost digital modes of payment to their customers and no charges or Merchant Discount Rate shall be imposed on customers as well as merchants.”

The zero MDR shall be imposed from November onwards. However, the most of the digital companies feel that the zero MDR will lead to collapse the digital payments infrastructure. While Vijay Shekhar Sharma and couple others spoke positively about the move, Payments Council of India later wrote a letter to the finance ministry asking for the compensation against the move.

Grover, however, has joined the bandwagon of Paytm over the move. “We have maintained zero MDR. It was very clear to me since the beginning that if digital payments has to pick up, MDR has to be zero.”

Unlike Paytm and Instamojo, BharatPe is a completely UPI-focussed fintech company. BharatPe aims to meet the requirements of small merchants, he said, “Now, while our first product was UPI acceptances, which is payments and the second product is for lending.”

Unlike many NBFCs or banks, BharatPe doesn’t seek any collateral for offering credits. Grover explains, “Being a payments company, we have the advantage to closely follow the transactional part of their business via QR codes. We do observe this for at least six months before we agree to provide them loans. So, this one of the reasons that BharatPe is growing so fast as the lending is backed by actionable payments data.”

Based on UPI, the company intends to be the single gateway for meeting all their requirements. However, Grover feels to keep NBFCs market moving, the banks need to limit themselves to their core areas which are taking credit calls and lending. The banks should effectively just be the custodian of capital and let NBFCs take the investment and other risk-oriented calls, he says.

“The whole philosophy is that what merchant really want is not surveys or marketing. They actually need capital to do business. And, the only way to give capital to these guys is that you have some visibility. Okay. So payment has to get good visibility into the business flows and the cash flows. This is that visibility based on which we provide loans to these merchants,” he adds.

Riding on UPI, the company is currently focussing on large cities only. Grover says, “We are targeting 15 large cities where UPI penetration is significant. The idea is that shopkeepers should witness an adequate number of transactions. This should be viable for me to give him a loan. And, for that reason, we have not gone to rural areas. We are absolutely urban right now. And, we are catering to small shopkeepers in the urban landscape.”