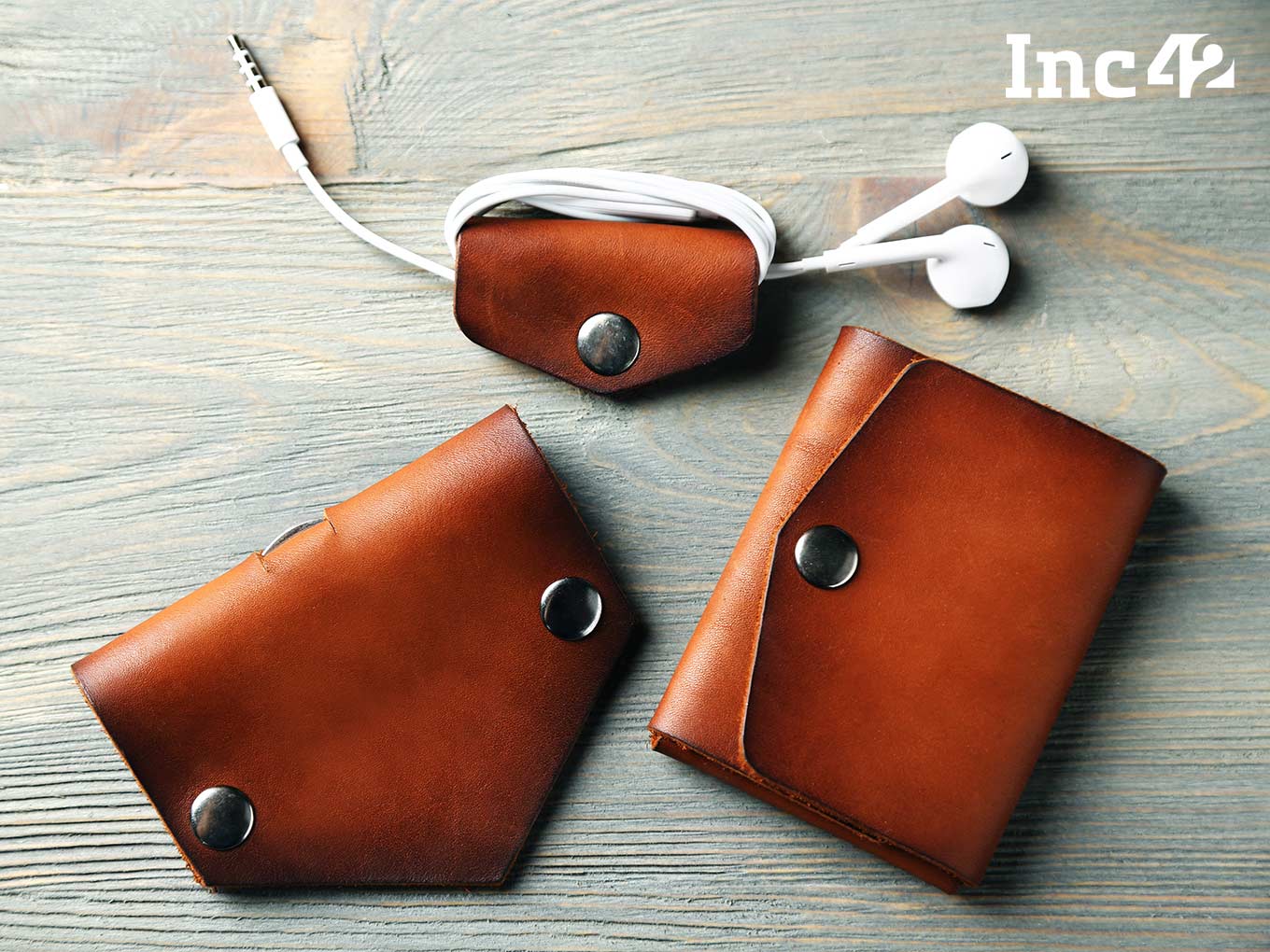 The startup has a B2C model of Sale

The average order size at Brandless is $49.13 per month with 35% repeat customers

In today’s social media-crazy world where every product adorned or consumed is shared on Facebook and Instagram — instantly — clothes and accessories have become an extension of one’s personality. But along with increased sartorial consciousness come rising ethical concerns around products using or abusing natural resources.

One such pressing concern is the use of animal skin/leather for making accessories such as bags and shoes. On the flipside, essential substitutes of leather — leatherette, polyurethane, and polyvinyl chloride leather — are adding to the ever-increasing non-biodegradable waste load of the world.

Well, where there’s a problem, there’s bound to be a solution. The above dilemma has given rise to the concept of “slaughter-free leather’ (leather sourced from animals who have died due to natural causes) and ethical tanneries.

As the niche demand for slaughter-free or compassionate leather grows in an increasingly ecologically-conscious world, stylists and designers are cashing in on the opportunity with popular startups like Khara Kapas and Grain. India, which is known for its leather goods the world over, is no exception.

One startup that is redefining people’s sense of aesthetics by the use of compassionate leather is Brandless. Founded by Aanchal Mittal, Brandless has a unique approach to product design — it focuses on day-to-day problems faced by its users and conceptualises products to solve them, while ensuring nothing gets wasted during the production process. “Each product is designed keeping functionality as a priority. We design products to make daily life more organised. However, we pay equal attention to the aesthetics and strike a balance between the two,” says Mittal.

Brandless has come up with exotic leather products — its primary product line comprises travel gear and accessories and it offers a niche line of duffel bags, backpacks, laptop bags, satchels, and other small leather goods. More than just a style statement, Brandless products offer the value-add of utility — think leather pencil holders, charger wraps, bookmarks, earphones protecting holders, and the like. The price points range between $2.81 (INR 200) and $254 (INR 18K).

The Road Less Travelled: The Making Of Brandless

An alumnus of NIFT Delhi, Mittal has worked with renowned designers such as Samant Chauhan and done an internship at Fashion Week. She has a keen understanding of sartorial aesthetics and was irked by the obsession people have with brand names without really understanding the value and aesthetics of the product in question. This is what gave birth to the idea of “Brandless” — both its name and existence. With a belief that a product should compliment the personality of the user and not overshadow it, Mittal came up with the name “Brandless” for her startup.

The inception of Brandless took place in 2014, but the operations were formally launched in 2015 as starting up was difficult for Mittal. First, there was the challenge of bootstrapping, then there was the fact that Mittal had ventured into a male-dominated industry — right from the karigars (craftsmen), labourers, and vendors to producers, most stakeholders are men — and it was no easy task to set up her company from scratch.

Today, Mittal takes pride in the fact that from being a one-woman army working out of a coworking space, Brandless has grown to have a full-fledged team. Brandless today has an average ticket size of $49.13 (INR 3,500) per month with a 35% repeat customer rate.

Brandless ensures that it sources leather from ethical tanneries. “The leather we use is a byproduct of animals who are not killed for their skin,” says Mittal.

When coming up with the designs for a particular season, the startup works with vendors to develop the requisite leather, canvas, and lining for the designs. After developing a few samples, work starts on prototypes. Once the design and material are thoroughly tested, the next step is production. “We do not produce very high quantities to make sure that quality is not affected in the process,” says Mittal.

Leather being an expensive luxury good, pricing is a challenge for handcrafted leather accessory manufacturing startups like Brandless, especially while operating in an ever-changing, dynamic market. Which is why Brandless decided to focus on quality rather than on quantity.

Breaking Through The Competition

India has a substantial contribution of around 12.93% to the worldwide production of leather. As per reports, the total leather good exports from India stood at $3.05 Bn during the time period April-October 2018.

Observing the vast potential of the leather accessory market in India, numerous startups have sprung up in the space. Some such names are Nappa Dori, The Sole Sisters, The Black Canvas, The Trunks Company, and The Burlap People. So, among well-known international players offering brand value and emerging domestic startups offering affordability, how do new players like Brandless carve out a niche?

The startup is expanding its product availability through numerous concept stores in India and creating brand awareness by offering services such as corporate gifting. Some of its major clients are Bank of Baroda and Accenture.

Besides, Brandless is spreading its wings beyond Tier 1 cities and exploring the mass untapped potential of customers in Tier 2 and Tier 3 cities. “Our base will be Delhi only but we are expanding our retail points all over India. We shall be diversifying into new product categories this year as well,’’ says Mittal.

Next up, the BrandLess headquarters in New Delhi is all set to become a walk-in studio for clients to experience its products.

In the last few decades, the use of leather has become an ethical and controversial matter. But, till the world finds a better and environment-friendly alternative to leather, slaughter-free leather might be the answer to the problem. This is even more significant in a country like India where the leather industry generates 250 jobs for every $200K investment.

From the economic perspective, the leather and leather accessory industry is known for its consistently high export earnings. It accounts as one of the Top 10 foreign exchange earning sources for India. Reports state that the total leather good exports from India stood at US$ 3.05 Bn during April-October 2018. Further, with direct government support and collaboration with international organisations, the leather and leather accessory industry is about to grow even bigger.

Startups like Brandless are contributing to this increasing employment opportunity and aiding the growth of the leather goods manufacturing sector. They are also expanding the scope of the industry by collaborating with artists, organisations, and the labour force from smaller Indian cities. They are also offering employment opportunities at the micro-level for unemployed people, mostly women.

And if, like Brandless, they are sensitive to the importance of animal and ecological protection as well, that’s being ethical on more counts than one.

Brandless was a Gifting Partner At Inc42’s flagship conference — The Ecosystem Summit.