Graydrop Has The Potential To Disrupt The GPS Tracking Industry Worldwide

Graydrop Has The Potential To Disrupt The GPS Tracking Industry Worldwide 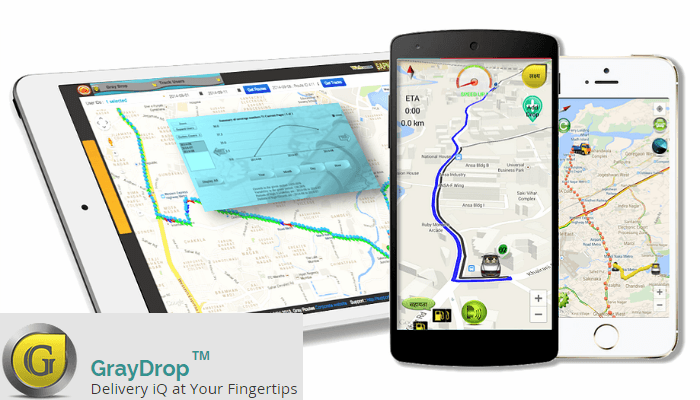 Mobility is changing product distribution fundamentally in ways like never before and it is disrupting all traditional ways of doing business. Traditional way has been that of preset beats that last mile workers like Sellers or Drivers follow like zombies irrespective of actual tasks, rather than following optimal dynamic routes, which would result in an obvious savings.

While working on a Unilever intrapreneurial project, Saubhagya Sahoo started investigating the possibility of a GPS-based dynamic route planning system, which could create optimal routes for several destinations and preferably for several drivers. “This was a complex challenge not solved by anyone before, and even if parts of the research (especially multi-destination planning) were Open-sourced by Google, there was not a single application or algorithm that solved the problem for enterprises as well as do this multi-destination-multi-driver planning. The end-user point of view was that nobody really knew enough to solve this age-old problem,” he said.

People know that deliveries were problematic, but no distributor bothered until the moment he realized that 41% of his distribution cost went into delivery related activities, and almost 80% of that was a black hole – with no data visibility. In terms of the impact on his margin or income, a distributor suddenly had a way of going for a 100% upside, besides long term benefits from superior customer service levels. So, even if the larger corporates didn’t grasp it at first, distributors, both offline as well as e-retailers that together made India’s trillion dollar retail market, would lap it up if we could somehow manufacture this solution.

This led Saubhagya to launch GrayDrop for Drivers, which is similar to what HUD and Black-box is to a Pilot. It provides a heads-up display with delivery status, drops, tasks, routes, road conditions, fuel points and ETA to the driver, while providing a real time Black-box like Analytics engine to owners and their customers to measure service efficiency, collections status, and dig-deep in case of non-compliance.

The technical solution of multi-destination multi-driver planning problem along with road hazard auto-detection and up to 20 other claims have been patented by Gray Routes, and all these 25+ High-end features are available to GrayDrop license users.

SuperMax Supply Chain Manager, CV Karthik, who happens to endorse GrayDrop, explains that the app has helped them in solving multiple critical problems with the same design – that of fleet owners managing and monitoring their delivery resources in real time, as well as that of operations managers planning last mile deliveries and measuring delivery compliance, besides providing damage and road condition alerts to drivers.

The app makes the entire delivery process for courier and e-retail companies easy by making Geocoding, Proof-of-delivery, signature, customer details, and reverse logistics paper-less, with absolutely no map-hunting or manual data-entry in back offices ever.

For logistics firms utilising motorcycles for deliveries, the app offers hardware controls and audio guidance for total ease of use on two-wheelers. For service-crazy and customer-oriented B2C businesses, GrayDrop offers a Uber-esque frontend solution that converts any B2C app into a high-end real time parcel or vehicle tracking gizmo with two-way communication abilities with the package. 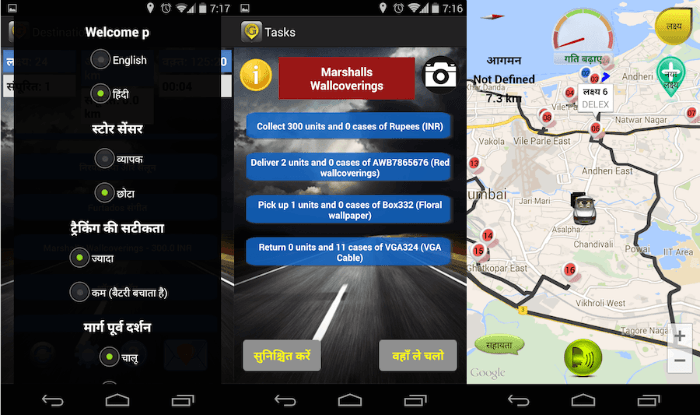 Who will use the app?

GrayDrop is used by drivers. It is available in two models – one affixed to the truck and owned by the truck owner in the form of a vehicle accessory, where the driver doesn’t have to interact with the app much, and the other as a driver aid where proof of delivery is more critical. With modern multi-axle trucks and buses rapidly replacing traditional models due to blue-chip compliances, and spiralling cost pressures, fleet owners consider this no-capex pay-as-you-go solution a boon.

Smartphones are increasingly becoming super-affordable, and with even sub-2K range phones capable of running GrayDrop, investment concerns are totally ruled out. Truck owners get their own smartphone application, using which they get complete real time analytics and remote management capabilities. And compared to expensive hardware GPS trackers or wi-fi beacons, a smartphone can be simply dropped off for repair at any neighbourhood repair shop, or simply replaced for one that works, without any complicated configuration change.

GrayDrop is currently sold through a direct sales force with a SaaS subscription model, and is in use by over 100 enterprise users across Mumbai & Odisha. “The response has been nothing but great, with customers coming out and appreciating the no-capex requirement and owner’s smartphone application the most. The pricing is also extremely lucrative at this point, given that the pricing is yet to be revised upwards despite high demand. Even after the significant price revision, GrayDrop will continue to give over 4x return on investment besides a long term impact on the service levels and sales for its users.”

Going ahead, the company plans to stick to this model for Enterprise sales, and releasing a consumer version of the application directed at Family & SOHO users on Play Store soon.

We believe that GrayDrop has the potential to completely revolutionise and overhaul the $28 Billion GPS Tracking industry, while pioneering the multi billion dollar Delivery Force Automation sector globally. It can potentially contribute to the self-driving car market as well – since it already solves several problems that self-driving car firmware researchers are pondering over.

Check out the app here.