Times Internet’s CricPlay Wants A Slice Of The Fantasy Sports Pie, But Without User Deposits

Times Internet’s CricPlay Wants A Slice Of The Fantasy Sports Pie, But Without User Deposits 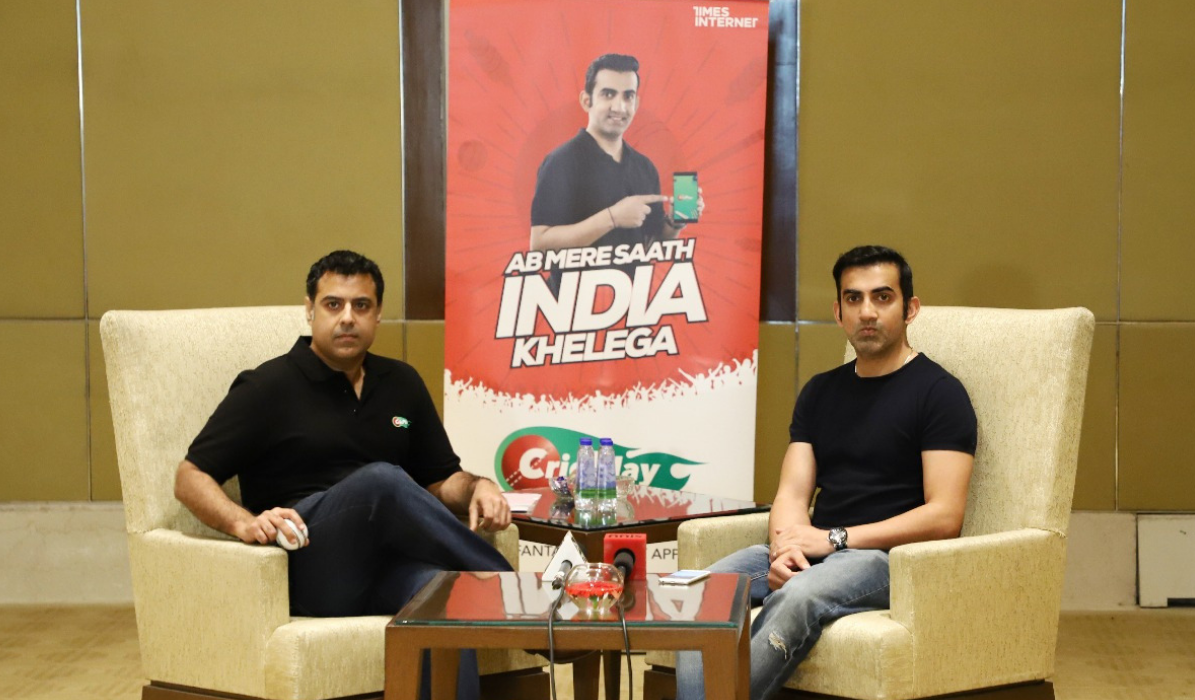 In a country where Sachin Tendulkar is revered as a god, cricket world cups become a national event, and India-Pakistan match is a reason enough to take sick leave — the idea of fantasy cricket is an absolute winner. But it may also lead to questions like does India has a room or even need another fantasy cricket app?

Fantasy cricket allows anyone to make virtual team filled with actual cricket players and score points in correspondence to how those players perform in live matches. The model for winnings and earnings differs from platform to platform but by and large users can get a payout by winning fantasy leagues involving other players, and re-invest their winnings into the game, or take it out to their bank accounts.

But the entry fee charged by these platforms — however small — can still be an obstacle for some users, especially those new to fantasy games. Times Internet-owned CricPlay is looking to clear that hurdle for new or tentative users. Instead of deposits, CricPlay is betting that India’s love for the sport will bring in the engagement from cricket fans.

Founder and CEO Gaurav Sarin told Inc42, “We felt that user engagement and passion for cricket was missing from the fantasy cricket platforms. So, we wanted to do something from a fresh set of eyes. That’s why we tried checking the level of engagement that we can get if we removed the entry fee.”

CricPlay is also experimenting with the traditional fantasy sports format, where you are teamed up against your friends or other players in a league. The winner of the league nets the biggest cash prize from the pool. Instead of just adding regular users to the mix, the app has turned to experts and former cricketers to play with users.

The Gurugram-based company was launched with Sarin at the helm in April 2018. Thanks to its unique format of real-time matches against professional crickets, CricPlay managed to draw in 200K active users in a year. Further, the company claims to have 60% daily to weekly active users in terms of retention, while the daily active to monthly active retention stood at up to 40% for the year.

One of the differentiating factors of the app is its ‘Star Contest’ feature, which lets players compete against professional cricketers such as the brand’s ambassador and former Indian cricketer, Gautam Gambhir. Each individual user plays against Gambhir in this format and the anyone who manages to outscore his fantasy team wins a cash prize.

The company, however, does not take in user deposits for its model. Sarin said the company would explore monetisation models once it has broken through the traditional notions of prize-based fantasy gaming from being about deposits to just about enjoying the game.

Besides the celebrity format, CricPlay features formats such as the conventional Fantasy Leagues, Super Leagues, Challenger Leagues, Daily Predictions and Star Contest. While the first of these mirrors Dream 11’s format, the ‘Super League’ brings in power-ups such as ‘Substitution’, ‘Captain Changer’ or ‘Vice Captain Changer’ for a more interactive experience. Challenger Leagues allow users to compete with each other on limited leaderboards and win prizes.

For its next growth phase, CricPlay is targeting a market size of 300 Mn users. “Existing players charge 10-20% of the entry fee. You have a large base that comes to play but how many of them can transact? Very few in India have done online transactions and even the ones who have done it are just the outline of the user base that we want to capture,” the CEO added.

The genre of fantasy sports has exploded in India; it grew 25 times to reach 50 Mn users in 2018 from a mere 2 Mn users in June 2016. Like in most other segments, the major drivers for fantasy gaming growth include the increasing smartphone affordability and penetration, expanding internet user base and declining data prices. Along with this, thanks to digital payments, users are able to deposit and withdraw money from these fantasy gaming platforms with greater ease and less friction.

Thanks to these reasons, the number of fantasy operators has increased to 70 from a mere 10 in 2016. Major operators in the fantasy sports segment are Dream11, MyTeam11, 11Wickets, StarPick and Fantain. Among these, Dream11 was reported to have the largest user base of 50 Mn, as of February 19, 2019.

The allure of making money for simply using their knowledge about games and intuition about player form is too great for Indian fantasy game players. According to a KPMG’s dipstick survey of 336 consumers who have played fantasy games in the past one year, a third of the respondents named ‘opportunity to win money’ as one of the motivations for playing.

The online gaming market in India which stood at $290 Mn in 2017, is expected to grow to $1 Bn by 2021. The online gaming sector has undergone a tremendous revolution in the last few years. Girish Menon, partner and head – Media and Entertainment, KPMG India said the number of users on fantasy sports platforms is expected to cross 100 Mn by 2020

But there is still some ambiguity when it comes to the legality of such apps, especially among tentative or slow-adopting users. In 2018, the High Court of Punjab and Haryana dismissed a petition linking Dream11’s to sports betting in India. The High Court had ruled that playing fantasy sports online does not amount to gambling and involves a substantial degree of skill.

This clarity on the legality of fantasy sports has contributed to the market growth in terms of a larger number of platforms entering the market with similar formats and also leading to wider user adoption. “The most critical challenge was to break out of the transactional format of the ecosystem and innovate on gameplays which our users would love engaging with. We are glad our effort towards democratizing fantasy cricket to masses have been well rewarded,” Sarin added.

Sarin said 90% of CricPlay’s users were really not from the metro and the sole motivation for these users was their love for cricket and their vast knowledge of the game, not the ease of access and the media exposure that typically attracts urban audiences. The fact that they don’t have to pay anything but can win cash prizes is a real attraction.

In the next few months, CricPlay looking to boost this engagement metric in the future through in-game points which users can earn by watching videos or ads, and which can be redeemed for power-ups within the fantasy game.

It’s all part of making it easier for anyone to compete, and not just those who can afford to buy in. As Sarin says, “Our product is built for India and it is inclusive, it doesn’t matter what you do for a living. Come in, if you love the game.”