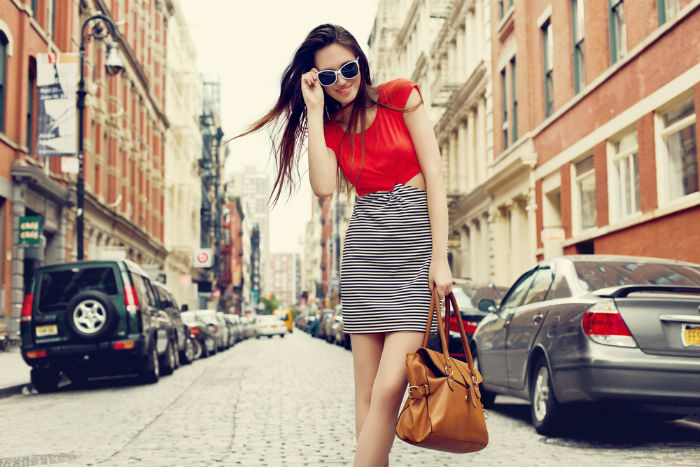 Ecommerce sites have definitely made our lives easier by making the process of shopping easier and even addictive for some. But, as we are spoiled by the plethora of options available, the excitement turns to greed and finally confusion takes over. As the online fashion market gears up to grow to $35 Bn by 2020, so have the fashion discovery apps.

Fabence, the personalized fashion discovery engine and shopping assistant founded in January 2014, is growing up and adapting fast as well. It’s currently growing up at 30% month-on-month and is coming up with some innovative new features in the coming months. It’s also about to launch its new enhanced website in the next two months.

Anshul Gupta, founder of Fabence, also fell prey to this ecommerce induced confusion, while attempting to buy a t-shirt online. While contemplating the situation, he realized that personalization and smart discovery are key in solving the fashion discovery problem. He met Manish Kumar, cofounder and CTO of Fabence, at a startup networking event. “We both realized that fashion discovery was going to become a huge problem and that scalable technology, personalization and smart discovery would be solution. That’s when we got together and focused on Fabence,” said Anshul.

Anshul believes that there is immense potential in this space as currently, there are just 2-3 players operating in the market and there is room for multiple players to grow together. Apart from end consumers, the concept also appeals to entrepreneurs because the business is very light touch (no inventory, logistics or warehousing costs) and the scalability factor is quite high.

Fabence offers a variety of features such as shopping with friends, 24/7 in-build personal stylist, personalized shopping feed, and even a virtual closet. Users can either sign in with their Facebook accounts or email ids. Signing in with one’s Facebook account allows the user to explore various features such as ‘shop with friends’ and ‘Your closet’. Facebook friends can be invited during live shopping session to search, assort and shop along with the user.  This is a very useful feature for users who hate shopping alone and always second guess their choices.

Users can even check out the shopping feed and the trending products that are regularly updated. The products can be bought from the respective merchant site and the payment is done using the merchant’s payment gateway. Fabence simply offers a platform for discovering the products.

According to Anshul, Snapdeal, Jabong and Forever21 are quite popular on the Fabence platform.

Fabence operates on a commission-based model – for every transaction that happens through Fabence, the company earns 10-15% of the transaction value from the respective etailer. It also plans to introduce new revenue channels in the area of advertising.

While setting up this venture, the first hurdle that Anshul had to overcome was to take that leap of faith, into the entrepreneurial world. “Being a first-time entrepreneur, it was quite overwhelming as I had no experience whatsoever,” he quipped.

Putting together a competent team that shares the vision and arranging the finances were the other hurdles that followed.  Although, the execution was relatively easy for the venture, it had to overcome lack of interest from various online sites who were hesitant to commit to a new concept.

From the technical perspective, working on relatively new concepts which were difficult to implement was a major hurdle for Fabence – for example, constructing an intelligence-based technology platform. “There were a few mistakes made along the way but the team learned quickly – becoming more mature and experienced in the process,” said Anshul.

He claims that the response for their app has been quite encouraging. Within a matter of four weeks, Fabence clocked more than 20,000 downloads at a marketing cost that was significantly lower than the average market cost.

The company also claims that the users spend a good amount of time on its app, and is growing at a rate of close to 30% month-on-month. Its search and recommended products sections are currently the most-used features on the app. It’s planning to introduce some new features to the app, in the coming months.

The app’s traffic has a 60-40 ratio of women and men, respectively. A major chunk of the traffic comes from urban areas and Tier II cities. The users’ age group is between 21-30.

The company raised its seed fund of close to $157,000 early last year and is planning to raise $300,000-$460,000 in the near future. It is in talks with various angel funds for the same. These funds would be utilized for marketing, scaling technology and increase team size.

The Competition To Curb Confusion

Fabence faces competition from players like Junglee, Voonik and Roposo. Junglee is an online shopping service launched by Amazon, which helps Indian consumers make informed shopping decisions. It was founded by two computer science PhDs from Stanford University – Anand Rajaraman and Venky Harinarayan – in 1996 and was acquired by Amazon 1998. The site was launched in India in 2012. In May this year, Junglee turned into an open marketplace for shoppers.

Bangalore-based Voonik was founded in 2013 by Sujayath Ali and Navaneetha Krishnan. It raised INR $5 Mn in a Series A round from Sequoia Capital and Seedfund. It’s previous round of INR 2.5 crore was also raised from Seedfund. Last month, it acqui-hired Trialkart in order to offer a virtual dressing-room experience to users.

Fashion discovery startup Roposo was founded by IIT Delhi alumnus, Mayank Bhangadia, Avinash Saxena (ex CTO of Zomato.com) and Kaushal Shubhank. Last month, it raised $15 Mn from Tiger Global, after having raised $5 Mn in its Series A round from the New York-based investors.

The fashion discovery space is relatively new and although the presence of Amazon’s Junglee might seem intimidating, players like Voonik and Fabence may have an upper hand. Junglee focuses on everything under the sun, whereas these startups focus specifically on fashion discovery. However, as this space gets crowded, innovation and personalization will be the key. Startups that offer personalized and innovative features without causing a clutter will be the winner.