Founded In 2016, Emflux Motors Had Raised An Undisclosed Amount In Angel Funding In 2017

Elon Musk once said that we need to match the convenience of gasoline car in order for people to buy an electric car. However, when the world’s biggest two-wheeler market India enters the EV race, the opportunity is enormous. And this is exactly what the country’s first electric superbike maker, Bengaluru-based Emflux Motors, is trying to tap into.

Emflux Motors was founded in July 2016 by Ex-Jugnoo executives Varun Mittal, Ankit Khatry, and former Designer at TVS Motors Vinay Raj Somashekar.  The startup is registered with Startup India and has received a small grant from PRAYAS for developing its technology for the EV charger circuit.

Now, nearly 18 months after its inception, Emflux Motors is on its way to showcase EMFLUX ONE, the first model of its electric superbike at the upcoming Auto Expo 2018, to be held in Greater Noida from February 9-14, 2018.

Also, the startup is planning to make the EMFLUX ONE superbike available to the public in the beginning of 2019. 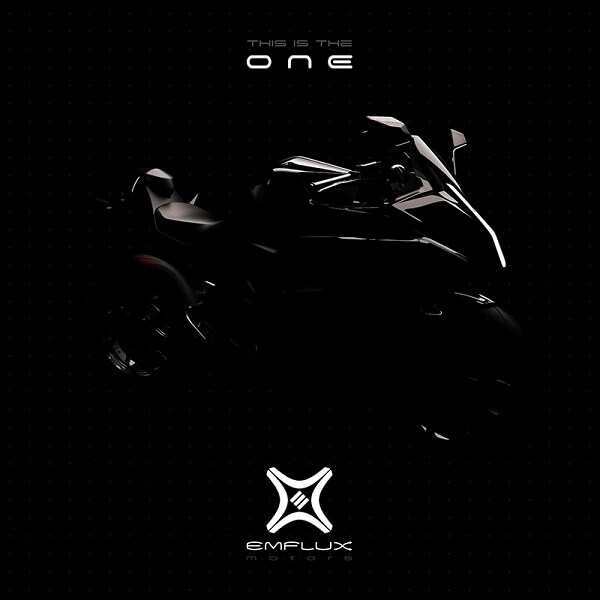 Emflux Motors: From A Dream To Pushing Into The Real World Of EV

As Ankit reminisced, it was Varun’s dream to make superbikes and supercars during his college days but he did not have the time, money or the resources to do so.

Thus, when he returned from Europe after completing his master’s degree in February 2015 he started working at Jugnoo, the hyperlocal delivery and auto ride-hailing app.

However as fate often has its own way, Varun met with a major accident after almost a year of working at Jugnoo. It was during his stay at home that Varun decided to pursue his dream.

He quit Jugnoo and, in his endeavor, got the support of Ankit and Vinay who shared Varun’s vision to make electric vehicles widely available in India.

“Meanwhile, investors Like Meher, Nikhil, and a few others gave us the confidence and strength to follow our ideas by trusting and funding Emflux Motors,” added Ankit.

EMFLUX ONE: Tech Aspects And The After Sales Approach

The founders have focused on all three aspects necessary to create a product-market fit including the performance of the superbike, components added as well as have put in a rigorous testing framework.

“We will extensively test EMFLUX ONE using both software simulations and real-world testing for 100K kms. We will also be working with some professionals to verify our test results,” said Ankit.

To do so, the startup has developed the Electric Vehicle Supply Equipment (EVSE), the master controller and the complete drivetrain technology in-house, which includes motor, motor controller, battery pack, battery management system (BMS) and charger circuit.

“This gives us a competitive advantage over others in the form of intellectual property, better agility, and scope of customisation as well as better efficiency,” added Ankit.

According to Ankit, the company’s after sales service approach is actually its main advantage.

“We will service at customer location through our service vans. We are guaranteeing to repair the bike if you are stuck anywhere in India be it Himalaya or Thar desert at company’s cost. Users will also be receiving over-the-air software upgrades to enjoy the benefits of our R&D,” he added.

The Road Ahead For Emflux Motors

Emflux Motors is currently working on a top-down model approach for its electric superbike, where the mission is to empower 10 Mn electric two-wheelers in India by 2027 with its two-pronged market focus.

As Ankit explained, “Firstly, we aim to build a brand and loyalty by producing high-performance electric motorcycle and secondly, we will create an ecosystem of partner OEMs for whom we will become the technology and component supplier.”

Going ahead, the startup aims to open offline experience centres in Bengaluru, New Delhi, Mumbai, wherein a customer can walk in and know more about the bike.

“Some customers can test our bike on track days (invitation only) which we will have across different cities. Purchases will be completely online on our website through digital payment methods,” said Ankit.

Further, Emflux Motors intend to install 1000 EV chargers (to be known as WARP) on highways across India and Europe in the next five years. As claimed by Ankit, these chargers will be capable of fast charging at rates of up to 110 kW. This is similar to the recent initiatives taken by other players in this space. For instance, Ola partnered with Indian Oil to install EV charging stations in Nagpur.

Also, the startup will soon be closing another funding round from its existing investors, Brian Fabian, and others. “We initially raised some capital from co-founders, friends, and family. Followed by a round from some serial entrepreneurs including Samar Singla (Co-founder of Jugnoo and Click Labs),” added Ankit.

For the faster adoption and manufacturing of electric (and hybrid) vehicles, the Union budget 2018 has also allocated a sum of $40.5 Mn (INR 260 Cr) to support market development of hybrid and electric vehicles (EVs).

This will further help up-and-coming electric vehicle startups like superbike maker Emflux Motors to overcome the existing infrastructural challenges in the country.