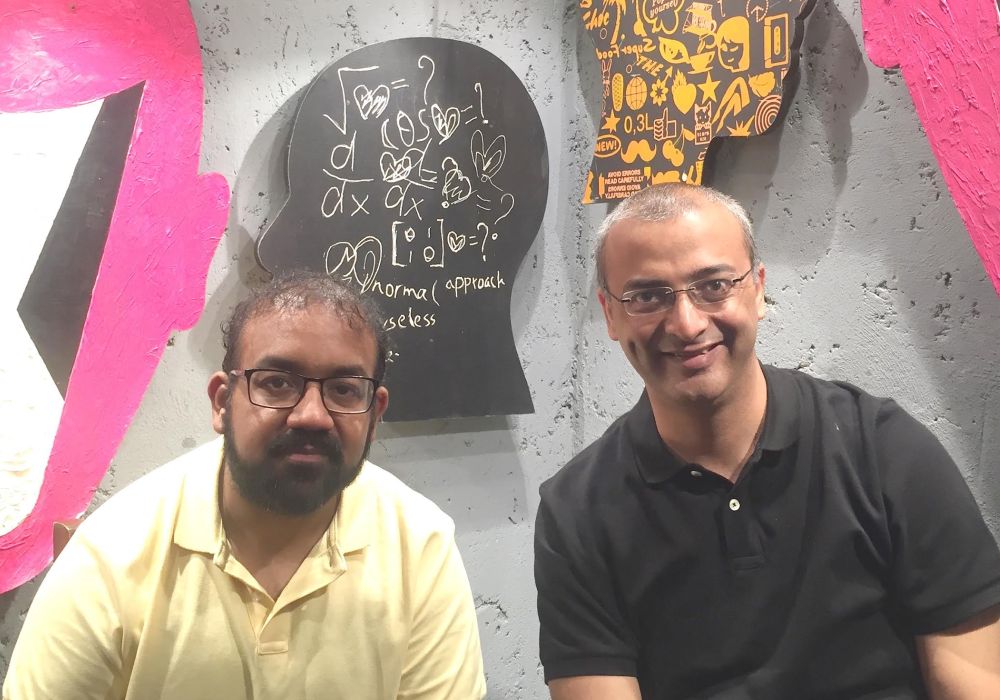 Five inches on a smartphone screen.

That is the modern equivalent of a social life, a career, an ATM, a shopping mall and more. Smartphones are the gateway to the 21st Century consumer on the information highway. With 300 Mn smartphone users (as per Statista) and counting in 2017, India is a very important checkpoint (and market) on this highway.

Underscoring this simple, undeniable fact is a startup begun in 2012 that has made understanding the ‘Smartphone User’ their business – right from the number of times they drop their phone, to the apps they use to the calls they make and more.

In the Information Age, where data mining has the highest priority, two intrepid founders Neel Juraisingani and Sujoy Ghosh have been working behind the scenes right from the early launch of smartphones and telcos to capture and mine a user’s smartphone data today through their latest product – DataCultr.

DataCultr is one of three products built by Boxer Internet – the parent company and the very first venture that the duo began. Boxer has built ad servers, telco app stores and more. And DataCultr is a byproduct of what they have learnt over the years of experimenting and validating at Boxer – for this duo, the destination has been the journey.

Building For The Mobile-first Consumer

Neel and Sujoy’s tryst with mobile technology began with Boxer Internet in 2012. Having had extensive experience working in the telecom industries – Sujoy having built Airtel’s app store and Neel setting up mobile advertising for Airtel Asia in 2008-2009.

“Between the both of us we amassed a solid grasp of the workings of mobile technology and mobile advertising and the ways Internet would impact audience consumption. So we decided to start our very first business named Boxer Internet – a sort of hyperlocal search for the mobile web in India – things to do, sales, offers and discounts available in a particular area. This was back in 2012.”

Due to the duo’s extensive ties to the telco industry, they were able to pitch for business. “We built an ad server for mobile platforms that could run simple ad campaigns, our bread and butter till today. Our product is the connector between brands who wanted to advertise on a new medium and existing publishers who owned these mediums.” In 2012, a major name in the mobile tech space was Nokia, and the duo were able to sign them as their first client. In 2013, when Microsoft took over the beleaguered Finnish company, they tasked Boxer Internet to help with monetising the newly established Windows OS. 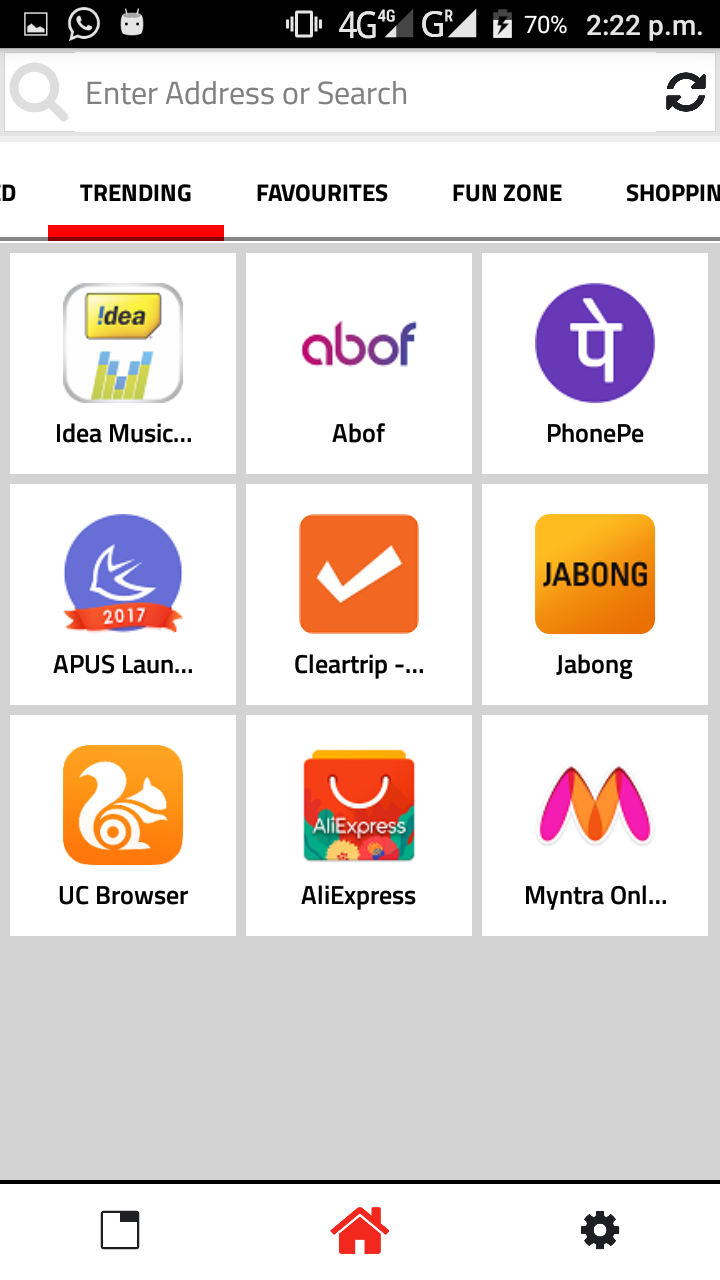 In December 2015, Boxer Internet branched into product diversification with a built-in smartphone app store – they managed partnerships with OEMs and the store came preloaded in the devices of Intex, (their first client), Centriq, Ziox. The app store was installed in 40K-50K units in the first month itself and is now available in about 2 Mn devices in the market.

The next offering from Boxer is a quality control for smartphone OEMs that helps to verify and onboard mobile ad campaigns – a task usually handled by third-party vendors. The pain point of enterprises wanting greater transparency while sending push notifications, utility ads, sales discounts etc. via the device was solved with visibility feature. This feature also came bundled with an analytics dashboard, a heat map, standardised QC reports as well as actual usage statistics with respect to device location, Internet consumption etc.

And, thus it was that years of learning and building for the mobile-first consumer resulted in their most immersive product-cum-technology – DataCultr, launched under Boxer Internet.

DataCultr: Turning A Smartphone ‘Event’ Into An Actionable Insight

Neel opines that there is information disparity between the device-maker (OEM – Original Equipment Manufacturer) with respect to retail sales. Once the device is shipped out, it is imported by distributors and then tertiary distribution happens through retailers. In this supply chain, valuable information with respect to geography, number of users, demographics etc. is understandably lost.

With the OEM-approved QC/device-visibility product, a lot of this information became automatically available to the manufacturer as well as the company. The amount of data being generated across systems and devices is endless and massive, and the company had access to all of it.

Existing research in data analytics happens on these few fronts – app visualisation, app analytics inside the phone’s app as well as across a few other apps. The scope of data has not been fully parsed to gain insights.

With DataCultr, Boxer’s third and most immersive technology, the founding duo are looking to access this data and turn it into actionable insight. And take it one step further, to build use cases for the data that can be utilised by third-party enterprise brands looking for their next new customer. DataCultr was conceptualised on June 6, 2016 to be integrated into their client’s OEMs.

But in order to gain these actionable insights, the team first redefined what they meant by data.

“We took the word ‘data’ out and replaced it with ‘event.’ An event on the device could be as simple as switching it on in the morning as soon as you wake up, the second would be the first app you open on the phone – check email maybe or check Facebook, Whatsapp etc. The third event could be the amount of data consumed by your WiFi or mobile provider. Every single action that defines user behaviour becomes an event not data.”

They took this route to understanding consumer behaviour for a very obvious reason. As soon as a phone is purchased, the user logs into Google, starts downloading apps, contacts etc. and personalising the phone. This is user-declared data.

And then there is ‘observed data’ that can be mined by watching for certain ‘events,’ taking place in-device. Neel illustrates this with the example of someone dropping a phone. “You drop the phone X number of times, and the program automatically logs it as an event, for optimization on an algorithmic level. Our machine learning programme will calculate and optimise this data based on this one event and parse it into trends and actionable insights. This data will become clearer the more number of users experience the same event.”

As an actionable insight is only good as the eventual outcome of where the insight can be used for profit, DataCultr’s programme sends the user ‘event’ to the user, the OEM and any company/brand that can be associated and or benefit from knowing about the event.

“Let’s say, I drop my phone 6 times and break the screen once. On the seventh time, what if I get a call from a mobile insurance company that will cover me against future mishaps? I’ll be more inclined to sign up with them then as they are solving for my immediate need.”

The first iteration of DataCultr went live in October 2016 across client OEMs. The use cases for the product range from R&D streams (across technology partners, brands), app developers, media agencies, other brands, AI/AR companies. Not to mention partner OEMs who can utilise the data mined for insights on everything – bettering design, form, function and even customer support.

“The product is evolving faster than we can keep up. And visualisation is a work in progress. We eventually hope to have an actual representative set of user data to make sense to all players in the mobile ecosystem,” says Neel.

The company works on a B2B SaaS-based model with a monthly/annual subscription system. They also provide a licensing deal for higher end enterprise clients, with a few transactions bundled in the same. Neel is reluctant to disclose actual revenues so far, but he does say that 2017 is when the company completes a full year of going live with all their products, so projected revenues for FY18 is expected to be between $150K-$200K.

While there is no one single product that DataCultr counts as competition, it does have some serious contention in different verticals. For instance, Google, Facebook, and Whatsapp have pretty much cornered the market when it comes to deep user profiling. Tune, Appsflyer, and Kochava are top names when it comes to app analyser and AppAnnie has the lion’s share with respect to app store analytics. These are all globally established companies that have the breadth and resources to take on the pain points that DataCultr is trying to solve in an integrated manner.

“Our differentiator is the same as the one with the QC system we placed in our partner OEMs’ devices. No one else is close to figuring out the scope and breadth of this data and doing deep profiling of the user – genome mapping of the smartphone user – to the extent and clarity that we have managed. But the truth is, we need competition as we alone cannot capture the market. We like to think of it as collaborating with the others, instead of seeing them as competition.”

The future for DataCultr involves shipping devices across SEA and Europe, to go global. They also want to apply DataCultr across devices in the IoT vertical – Smart TVs, Connected Cars.

As any nascent business faces challenges, the company faced a few too. “Getting our product validated, first within the company as well as by our partners was our first big challenge. Whether it was the App store, or gaining Nokia as the business’ first client – we early on identified the need to spend as much time as we can on validation and thinking and solving for any eventualities before going to market.” With DataCultr, Neel admits that the scope of data mining is so vast that their biggest challenge would be understanding, parsing for the right kind of ‘event’ insights.

For a 12 member team of a bootstrapped company, the future already seems to be here, as they were only one of two Indian startups showcasing DataCultr at the 2017 Mobile World Congress in Barcelona.

In the twenty-first century, data is the new oil. The more connected and digitised we are through our smartphones, smart TVs, and IoT devices, the more user information is available for public consumption. While this may seem like an invasion of privacy (and it is indeed debatable), the fact remains: with so much data floating around, it is important for this information to be used for the right purposes. One of these purposes is to increase commerce/business through newer and less-invasive forms of advertising

DataCultr and companies of their ilk are certainly on the right track to parse the excessive data and derive useful insights not just for marketers, OEMs and brands but device users too. With a proven business model that has worked across different products the company’s focus is on sustainable growth through viable partnerships and sound product validation – both in terms of time as well as anticipating what the clients want.

But technology is all about disruption and, while DataCultr might welcome and even embrace competition at the moment, the next big thing will look for ways and means to eat into DataCultr’s market share. Considering that the product has not been validated by the higher end players even in the Indian market, such as Micromax, LAVA, and global players, with significantly higher numbers and more data available, it remains to be seen how DataCultr will tackle competition and scale at par with growth is what remains to be seen.

DataCultr is part of Inc42’s 42Fellowship – a year-long fellowship programme for India’s top growing and upcoming startups with the aim to build a close-knit community who can help each other multiply their impact.