Dabbling in the marketing game: My experience with Gaana.com

Dabbling in the marketing game: My experience with Gaana.com 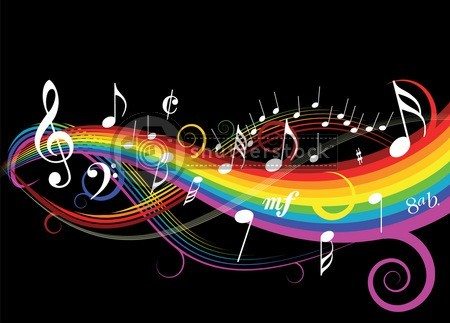 Marketing is a tough job. It involves creating a concrete image in the minds of your consumer base, an image so strong that it makes them “loyal.” Some companies spend fortunes marketing their product or service, others spend intellectual capital and bring about cost-efficient, “ingenious” marketing plans.

I just forgot to mention the third kind, where -due to reasons aplenty- the company doesn’t realise a small “error” that may turn out to be an unexpected master stroke, an equally disastrous campaign or maybe nothing at all. My curiosity was once instrumental in making Gaana.com realizing a foolish mistake, which they had left lingering on their website!

A few months back, I came across Gaana.com. I did my part of research to find about their founders, investors and whether it was incubated somewhere -where was it heading. But most of all, one question startled me to my core, there seemed no logical explanation to it. I wondered: Why was such a nice idea of an Indian music streaming site is still in alpha stage as their site seemed to suggest? I was curious to know if Gaana.com had any other plans. I mean, look at Spotify or Pandora, they are big and they stream music. That’s their product so that’s what they all do. Gaana was doing all that already but still maintained an alpha state.

There were two logical inconsistencies here:

I had to do something about it, but was unsure of what had to be done. I headed out to the place where all the geeks, CEOs, CFO…CXOs and all the startups, entrepreneurs are active, yes Quora.com, the “intellectual social networking” as some may call it. I was surprised to find there were no topics listed in the name of Gaana.com, people were not talking about it- weird! So I made the Topic and posted this question – “Why Gaana.com is still in Alpha ?” The first reply that I got was from a Satyan Gajwani, who was the CEO of Times Internet Ltd. Back then it hardly intrigued me why a person from Times Internet Company was interested in this company, I considered him to just be curious; same as I was, natural wasn’t it?

He in his post noticed too that it was not right on Gaana.com’s part to call itself Alpha! I seconded him in the following post, and there were other people who all agreed to it. Then to my utter surprise one day Satyan updated his post and wrote this:

Update: based on the feedback in this forum, it’s been updated to beta 🙂

I was surprised ! May be I was a fool not to see it, but Satyan then pointed it out in a personal message to me that Gaana.com is owned by Times Internet Limited company. That’s why Satyan was interested to answer in this post in the first place! It all made sense! Perfect marketing sense!

Gaana.com has changed its logo’s sign to Beta since then. They technically have every right to call themselves beta and no one make fun of it. They are doing pretty good. I love their collection of songs and the rate at which they bring in new releases including the international ones. I see a fine tuned product in Gaana.com already, but they still maintain beta. That only implies Gaana is onto something else. They must be chasing a different product idea, building something “hatke” and believe me it will revolutionise the Indian online music space.

Though there are still many questions that remain unanswered like the lack of marketing & promotion, online and offline. Such a product can be the answer to piracy. Also another query is about it’s future; Will Gaana.com launch any mobile apps and probably a desktop app like that of Spotify? This will be ideal for the Indian market.

Anyways I am hooked to it! What do you guys think?