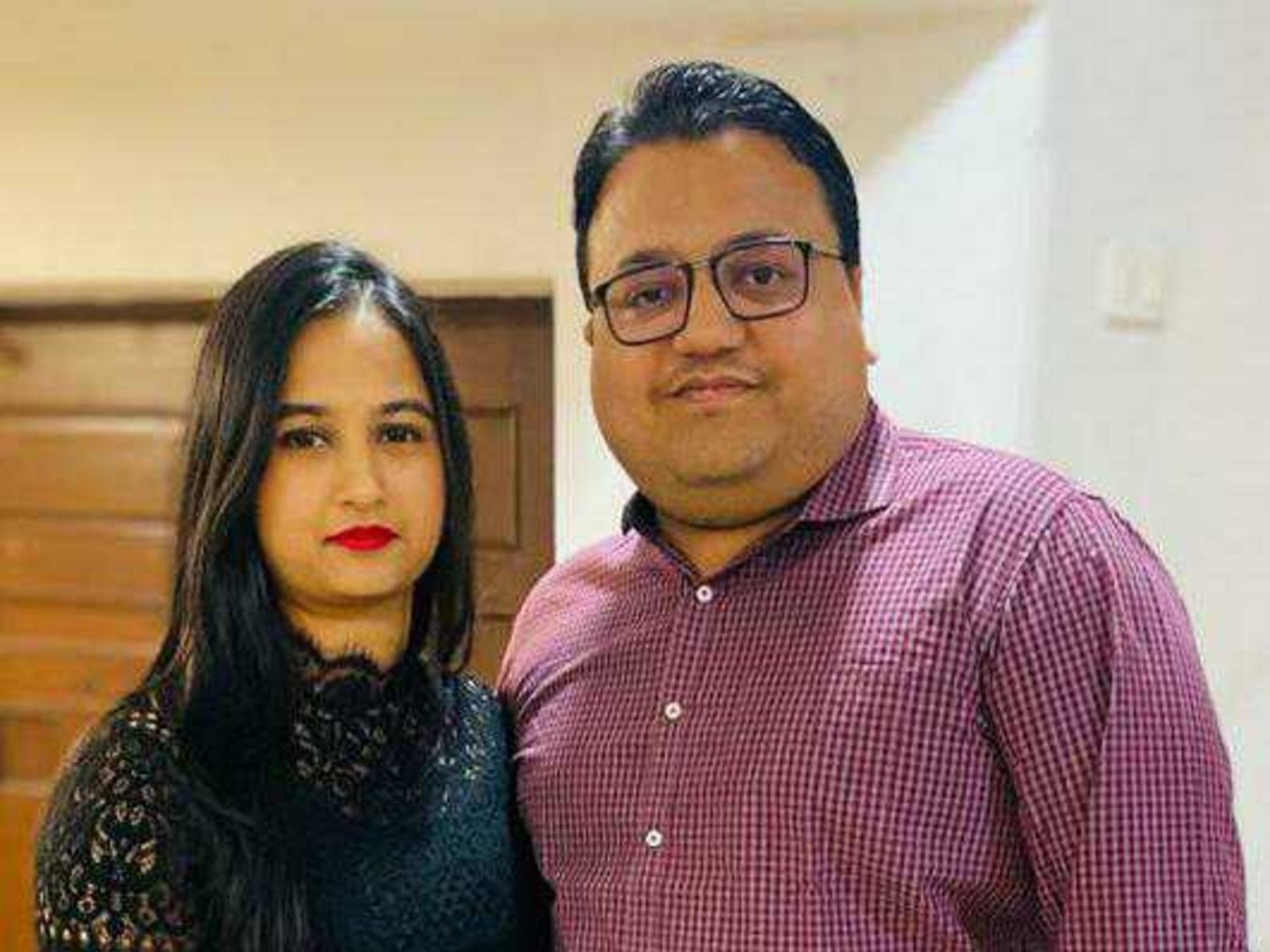 After 12 years of brick & mortar presence, Specsmakers had to quickly build an online presence due to Covid-19 and the lockdown

“It is not in my DNA to burn money, and our stores were profitable and ecommerce appeared to be just another channel to burn cash. But then Covid-19 happened,” says Specsmakers cofounder and CEO Pratik Shah. And so Shah had to relent in the face of a pandemic and embrace ecommerce for Specsmakers, after 12 years in the core retail market.

Covid-19’s major impact was not only on the sales, which had to stop immediately due to retail restrictions, for Specsmakers, the pandemic also disrupted manufacturing. When Covid-19 hit China in late 2019, the company’s source of raw materials was disrupted, which sent Specsmakers into firefighting mode earlier than most other companies. By late March, the country went into lockdown and Specsmakers’ stores were shut. However, with contingency plans already in place, the company was able to get its ecommerce presence up and running by this time.

Since then, the company has grown its technology backend, integrated with ecommerce players like Amazon, Myntra etc over the past few weeks and the company claims to have seen the growth of 500% with an ecommerce presence. 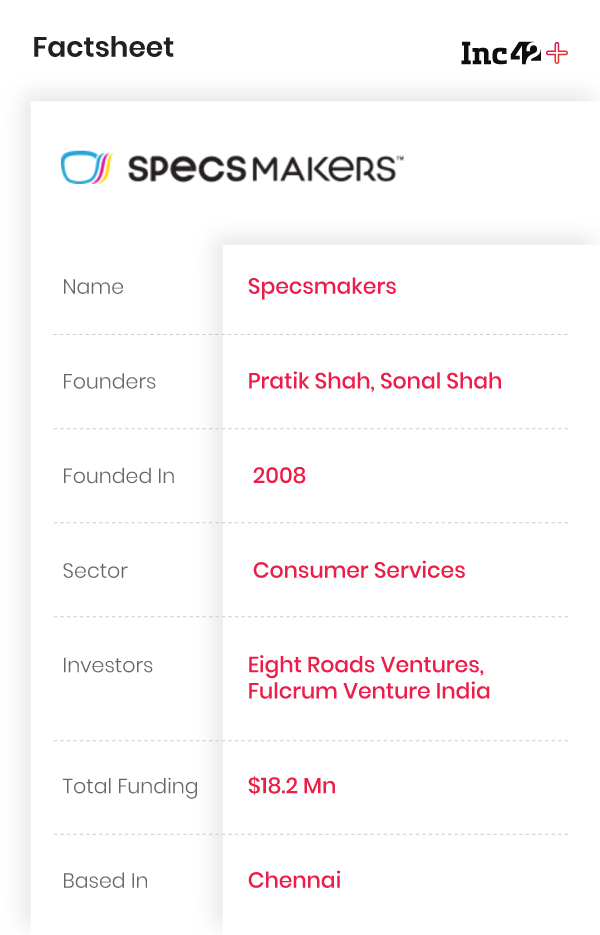 The Cash Burn In Ecommerce: Why SMBs Shy Away

Shah took over Venkateshwara Opticals, a decades-old family business, in 2004 and rebranded it to Specsmakers in 2008. In 2011, the company began expanding in southern India and raised pre-seed funding in 2014. Backed by Eight Roads Ventures, the Chennai-headquartered Specsmakers has over 260 stores across Southern India. However, the frugality of running a family business and brick & mortar store has made all these stores profitable.

For the next phase of growth in January 2020, Shah along with his wife and cofounder Sonal Shah, started planning to launch online. Shah explained that due to initial traction and the existing customer base, the company got increased reach online and also started directing its customers to its website. “I am not a person who believes in losses, at a product level and at a store level. I need to make money. We felt that opening up brick and mortar stores was more profitable and more organic growth than just opening up an ecommerce channel and burning capital,” Shah explains.

Before branching out into ecommerce, the company never focused on being a technology startup, but has now transitioned into an omnichannel eyewear brand. Shah is also optimistic that even though the company entered ecommerce late, it has executed it well. Specsmakers outsourced its ecommerce operations to an agency, which has already completed this for several other players and thus, has the expertise in getting products online. The company didn’t have the luxury of time in ideating, planning and getting the ecommerce team off the ground, and decided to outsource the process of building the platform.

“You may end up paying 5%-15% more but you will have the engine running without the need to worry about the intricacies like tags etc. I believe in working with the experts, who can deliver the numbers. You can always keep changing the expert if they don’t deliver,” Shah explained.

The Challenges Of Building Offline To Online Brand

With tech comes advantages like tapping customers who exited before checking out, or those who have left items in their cart, which is just not possible in retail. But it also brings new obstacles.

Like most businesses that have gone online recently, the big challenge is dealing with the higher costs, including for marketing and advertising through Google AdWords and Facebook. The initial cost of testing advertising strategies and campaigns and driving business to a new platform is quite high. And this comes with a huge investment risk as things change rapidly in the online world and ecommerce businesses have to keep up with the latest tech.

For Shah and Specsmakers, the process of listing was another major challenge. The company had to learn about photographing products and upload multiple images. This required coordination with the inventory and warehouse team, which was especially tough during the work from home phase. “This vertical of ecommerce is a very different vertical which we have to learn and while we had to learn, we also had to implement and execute,” Shah added.

The Covid-19 Impact And Fighting Off Lenskart

“Covid-19 has given us a new avenue of business, and this is going to at least go to become 20%-30% of our overall businesses in the next 1-1.5 years,” – Specsmakers CEO Pratik Shah

In terms of business performance, Shah shared that the company has been growing at a CAGR of 55%-56% yearly, but this year it may see flat performance due to Covid-19, with stores being shut for over 100 days. Specsmakers had plans to expand 120 more stores in FY20, but has put this on hold till December. It is also eyeing ecommerce growth, by approximately 800%-1000% while maintaining store-level profitability. But it will be a tough ask in this retail climate and with discretionary spending being low.

In terms of the annual revenue run rate, the company expects to hit INR 75 Cr-INR 89 Cr — 10%-25% lower than last year — due to Covid-19 impact. “Our strategy is now to become a pan-India brand, rather than deep diving into each city. So the plan for the next year will be to open up 100 stores pan-India and use our omnichannel strategy to drive footfalls to our stores. Instead of opening 50-100 stores, we would open 20 stores in metros,” Shah added.

Of course, moving into the big cities would mean taking on Lenskart and other brands such as Titan Eyewear. Lenskart is by far the biggest competition, given that the company is well entrenched in most cities with over 460 stores across India, and plans to take this to 2K stores over the next five years. It has raised over $459.6 Mn from investors like Softbank, Kedaara Capital, TPG etc. With plenty of fuel to burn, Lenskart is well-positioned to fight off competition, but recently, the company expanded to the US market and this could very well shake its focus off the Indian market, even if just lightly.

Along with stores, Lenskart also has a strong digital presence with features such as 3D trials, which Specsmakers has also added. It is also developing a mobile application to match Lenskart. Further, during the lockdown, the company added products focussed on eliminating harmful blue light from devices given the higher screen time. Of course, it’s nothing new when compared to the rest of the market, but it’s definitely good to start with such an approach to capitalise in the early days.