Can AlphaVector Close In On Indian Bicycle Giants With Its Product-First D2C Focus?

Can AlphaVector Close In On Indian Bicycle Giants With Its Product-First D2C Focus? 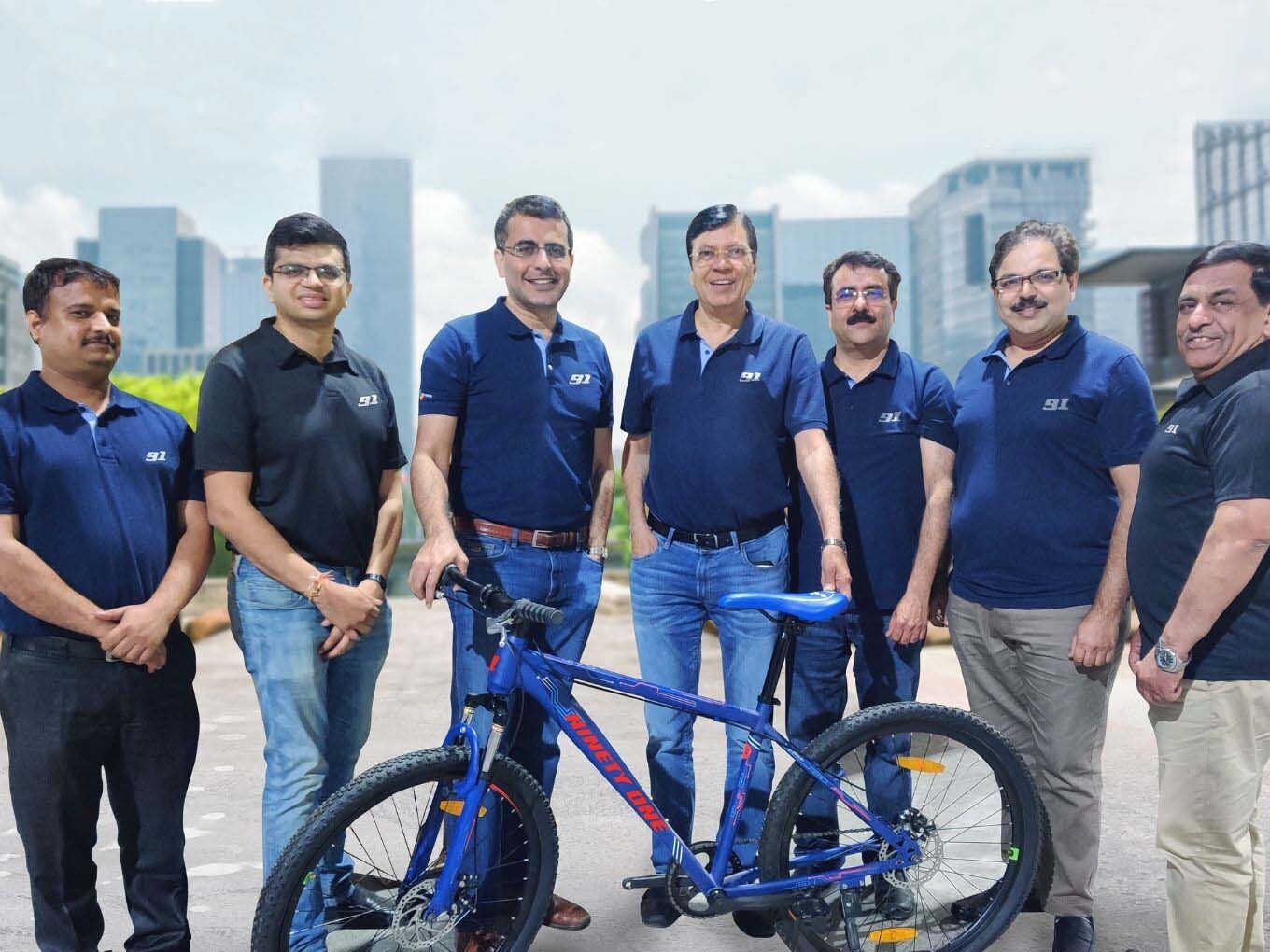 Backed by Avaana Capital, Fireside Ventures and Titan Capital, AlphaVector claims to have recorded a 200% revenue growth in the last nine months

AlphaVector currently sells 10K bicycles per month, and looks to sell 25K units per month by March, through its own website and 740+ offline retailers in 350 cities

Bicycle days are back, but this time for a different reason. From kids to working professionals — people are using cycles to beat cabin fever, exercise or avoiding public transport as the pandemic has altered lifestyle choices and created new long-term habits.

Most consumers today are consciously shifting towards owning private vehicles over shared mobility amid fear of the pandemic. In particular, for bicycles, e-bikes and electric two-wheelers, India has witnessed a massive spike in sales. “We are selling about 10K cycles a month, compared to about 4K cycles per month pre-Covid,” shared Sachin Chopra, founder and CEO of bicycle startup AlphaVector, the company behind Frog Cycles (now called Ninety One Cycles) and Meraki electric bicycles.

Bike makers like AlphaVector are cashing in on the changing market conditions. According to the All India Bicycle Manufacturers Association (AICMA), a total of 4 Mn bicycles were sold in the country in the five months from May to September 2020. Also, the e-bike market in India is expected to grow to as much as 2 lakh units in the next three years, revealed UK-based e-bike maker GoZero Mobility, which also claimed to have made sales of 6.5K units in India, in FY20.

Many industry experts also said that 50% of value share are said to be contributed by e-bikes by 2022 to the total bicycle industry. The growth of the sector is expected to be fueled by new and existing players like Atlas, Hero Cycles, Avon Cycles, Firefox, B’Twin from Decathlon, AlphaVector among others. Currently, Hero Cycles and TI Cycles, command a 60% share of this giant market, with sales roughly around 15 Mn units.

Founded by Wharton graduates, Sachin Chopra and Vishal Chopra in 2015, AlphaVector is fast establishing itself as a formidable competitor in the space with its regular and hybrid bicycles as well as electric bikes. The company is backed by consumer-focussed VCs, including Avaana Capital, Fireside Ventures and Titan Capital.

Sachin believes that if the growth trend in India continues, the company’s bike sales would easily be crossing 25K units per month by March, through online channels and 740+ offline retailers in 350 cities. In addition to its regular cycles, AlphaVector’s electric bike brand Meraki, which was launched in November, has sold close to 500 units till date, with 3x growth projected by March next year.

In contrast, Hero Cycles’ Lectro electric bicycle, which was launched in association with Yamaha, had sold over 7K units in the first few months after launch, with the company even exporting it to the EU and US.

AlphaVector would be banking on its strong offline distribution channel and supply chain to take on these established players. Given the high-value nature of the product, online selling in a D2C model with a focus on brand narrative and creating a clear value proposition is a challenge. So the company has so far largely focussed on selling offline, but it did launch its ecommerce store in May last year. “We are selling more on our website, compared to pre-Covid times,” said Sachin, stating that 25% of the revenue now comes from online sales. “By March 2021, we are hoping to see 40% online and 60% offline.”

While it was always manufacturing and assembling its bicycle in India, the company recently rebranded its most visible brand Frog Cycles to Ninety One Cycles to highlight India’s country code (91) and double down on the ‘Made in India’ identity.

Sachin told Inc42 that the company has witnessed a 200% increase in revenue, growing from INR 50 Cr ARR (annual revenue rate) to INR 150 Cr ARR in the last nine months. “And this is with demand-supply fill rates of less than 10%,” added Sachin, stating that the increased demand came in the adult segment especially in hybrids, mountain bikes (MTBs) and e-bikes.

With its key focus on the supply chain and customer experience, AlphaVector has an ambitious target of INR 300 Cr by end of FY21. Also, the company is now looking to venture into selling products in the adjacent areas, including helmets, shoes, apparel, bags and other accessories in the next 18 months.

Recently, it has also partnered with KTM Bike Industries to launch a premium, high-performance range of bicycles into the Indian market, priced anywhere between INR 30K to INR 10 Lakhs. “This has been a good addition to our product portfolio, where we are looking to cater to the small market size of performance bikes in India, which is roughly about $100 Mn out of the total $4 Bn bicycle market,” added Sachin, stating that it is complementary to its product offerings.

So far these cycles have been made in Cambodia, Taiwan and other countries. With this partnership in place, the company is looking to bring these bikes to India.

Can AlphaVector Win Without Marketplace Reach?

Other companies are forging similar partnerships. Hero tied up with Yamaha for Lectro, and electric bicycles are the auto giant’s next big focus.

So far AlphaVector has steered clear of marketplaces such as Flipkart or Amazon, where Hero Cycles, Hercules, Atlas and other companies sell products. Sachin believes that this doesn’t offer a personalised experience to the customers, but it does mean missing out on a huge chunk of the direct traffic through these marketplaces, which can be used to further build the brand.

Though AlphaVector claims to have localised its supply chain, showcasing ‘Make In India’ prowess, and expanding its product portfolio, catering to all kind of customers via omnichannel presence, it still has a long way to go in terms of customer acquisition and capturing the bigger chunk of the market share, given Indian consumers affinity towards bicycle giants like Hero Cycles, Hercules and others, who already have an edge in the space and way ahead of the company.

Even in terms of brand recall, the bigger players hold the edge when it comes to the average consumer. The primary challenge for AlphaVector, like every other D2C brand competing with established players, is conveying the brand values and the proposition of the superior product.

So the question is still open if AlphaVector is on the right track to cut through the competition with its D2C approach, while continuing to apply the brakes on ecommerce marketplaces.