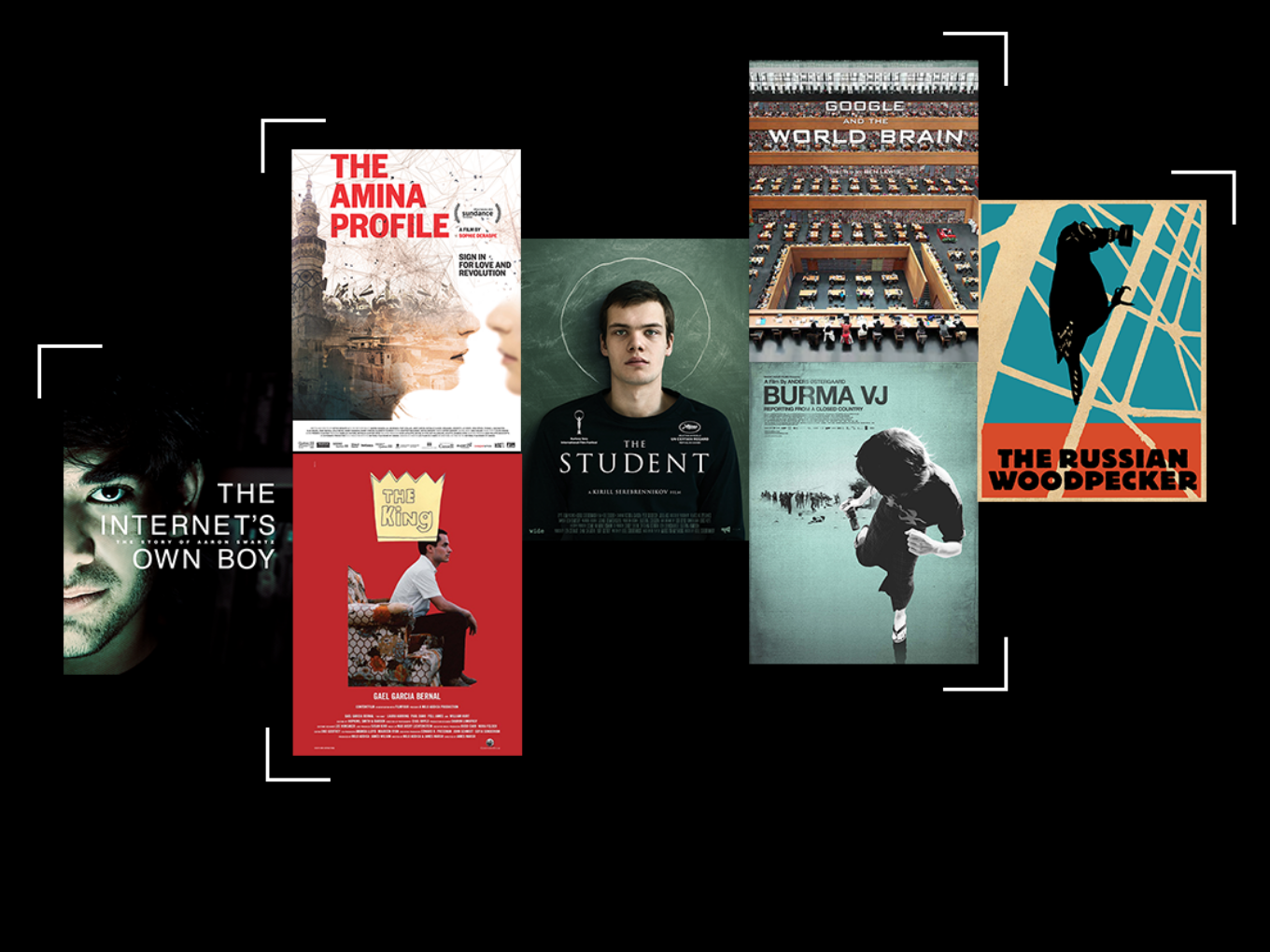 One of the major debates about the state of the internet these days is about ultra-powerful tech companies acting as gatekeepers of content and thereby creating their own version of the internet. Google has been accused of doing this on YouTube and on Google News by content creators and publishers. Similarly, major aggregators such as Airbnb, Spotify and Netflix have also been criticised for their insular approach towards showcasing content creators, user listings and service providers.

Then there is Facebook, which has a service or offering in most major internet categories, and controls a major portion of communication pipeline of modern internet users thanks to Instagram, WhatsApp and Facebook Messenger. When you take a look at the major internet services and the companies behind them, you are likely to realise how limited your choices are.

The contentious issue here is not about monopoly through revenue, but monopoly of thought and information. And that’s exactly why blockchain is being hailed as the saviour of the internet.

The biggest question posed by the use of blockchain has been if this transparent, decentralised, and immutable technology can disrupt the mega-platforms such as Google, Facebook, Netflix, Amazon and Spotify. These aggregators give the appearance of a decentralised model thanks to personalisations, customised UIs (user interface) and the emphasis on interactivity in the UX (user experience), which makes the user feel like they are directly communicating with the content creator/service provider. In reality, the platforms hold a huge amount of control over what these creators are saying and therefore what their content is.

It’s not too much of a stretch to believe that these information aggregators are the new-age gatekeepers of digital content distribution, and just like the music labels and film production houses they seek to disrupt. To break the growing hegemony of such aggregator platforms, blockchain platforms such as Dlive, SingularDTV, Creativechain, Musiccoin have attempted to offer an alternative to the streaming majors.

Blockchain at its core allows storage and processing of data in a distributed manner across its network members, otherwise known as nodes. The key idea is that no central body has singular control over the data or content, and thereby it cannot be deleted or erased from records. While most blockchain services focus on the Western market, Singapore-based MinersINC brought its flagship blockchain platform myNK to India in 2017. The blockchain powered video-on-demand (VoD) platform delivers directly to consumers from content creators.

For creators, the major benefit is that myNK removes the middlemen or intermediary services, while customers can take advantage of the pay-per-view model, which is quite different from a subscription model and more in line with the traditional spending on movies.

With this model, MinersINC is looking to solve problems such as revenue dilution for content creators as they have to account for middlemen, piracy, revenue leakage, copyright issues and breach of contract from the artists they work with. Additionally, creators also have to deal with lost monetisation opportunities due to distribution inefficiency, non-transparent earnings, and unjustified right attributions.

Speaking to Inc42, myNK founder Nitin Narkhede explained that due to the extraneous costs for creators to reach consumers, the content becomes less affordable and therefore creators have to bend to the will of major platforms. “The realisation that right-holders’ constraints stop users from watching films at home on the release date, is what led us to build a direct to consumer platform,” Narkhede said.

Singapore-based myNK was founded by Narkhede and Deepak Jayaram in 2017.  The name myNK is actually short for ‘My Network’, which is aligned with Narkhede’s vision of a community-driven entertainment platform for Indian cinephiles.

MinersINC had raised angel funding from a Singapore-based businessman V.C. Bothra in July 2018. While the app is currently in beta mode, it’s set for an official launch in India in June this year.

The company said it has garnered around 5K registrations in three weeks of the beta launch. It is targeting to hit 100K registrations and 1 Mn transactions over the next year.

myNK has a library of over 200 feature films sourced from 34 countries and in 23 languages, including critically acclaimed award-winning titles which won recognition at iconic film festivals such as Tribeca, Cannes, Sundance and Berlin. The company claims that none of the movies in its collection have been released in India before.

To source movies and short films, MinersINC is collaborating with private and state-run international content right holders such as all3media, Kew Films, Wide Management, Off The Fence, First Hand Films, Dutch Features, ELO, Imagination Worldwide, NFB Canada, and The Film Collaborative, among others.

Wendy Bernfeld, myNK’s mentor-curator and founder/managing director of Rights Stuff in Amsterdam, said European content stakeholders have always been interested in the Indian market, but had apprehensions about what Indians would want to watch and about the complex distribution model. “myNK introduces a pioneering model that fuses the efficiency of cutting-edge technology with a rich content bank,” she added.

MinersINC has also partnered with Indian filmmaker Anurag Kashyap who serves as a mentor and has helped myNK find adoption and buy-in from the Indian film industry which is so tightly controlled.

The State Of Streaming In India

According to a BCG report, India’s OTT streaming market is expected to reach $5 Bn by 2023, growing from its $0.5 Bn market size last year. The video streaming market in India is dominated by Hotstar, which has over 300 Mn users and is setting world records in live sports streaming. Other international players such as YouTube, Amazon Prime and Netflix, along with homegrown players such as Voot, Zee5, Arre, SonyLIV, ALT Balaji, EROS Now are building up their original content library to cater to India.

But despite the plethora of options, there’s plenty of criticism about how streaming services are enabling the very studio model that they sought to disrupt. Youtube’s second largest channel Pewdiepie, run by Felix Kjellberg, announced that it will produce videos for the blockchain-based live streaming platform Dlive.

Pewdiepie has been openly critical of YouTube’s algorithms in the past, and he’s not the only creator to do so. Several creators have reported that their videos were being demonetised for no obvious reason, depriving them of revenue. Other creators such as Lilly ‘Superwoman’ Singh have complained of burnouts due to the revenue pressure created by YouTube on creators. If creators want to take a break from the daily churn, they stand to lose out on plenty of money.

How Does Blockchain Help in Streaming?

The business model of myNK is built on three aspects — the trust and transparency enforced by blockchain, the community empowerment and involvement and lastly, the spot incentives and rewards.

The creators’ community and fans not only contribute and expand the company’s portfolio, but also get incentives as rewards for their contribution to the ecosystem. It can also open up other channels for creators such as micro-distribution to a specific sub-section of users. This means creators can also redistribute content to new pools of users.

In its current avatar, users can buy a one-time ticket just like in a movie hall, or purchase the movie reel for unlimited viewing in a given time period. All transactions on myNK are done through the in-app currency MINC coins. Users also have a chance to earn MINC coins by generating tickets for other users in the network once they have purchased a movie reel.

On myNK, creators can upload content for free and decide the initial price for their content. The myNK network dynamically adjusts this initial price based on demand, reviews and ratings. The platform also offers transparent dashboards to help creators track their earnings at a granular level.

The peer-to-peer community aspect enables micro distribution supported by incentives. MINC coins generated within the system keep the distribution chain alive for a longer period of time. In addition to being affordable, the uploaded content is hashed and encrypted which means it would be significantly harder to pirate.

The myNK app allows content streaming on both Android and iOS mobile devices.

Developing A Backbone For Entertainment Industry

In terms of future plans and the business roadmap, Narkhede envisions myNK to become a value chain across the entertainment industry and has different verticals connected to it.

The company has invited creators to distribute their movies on myNK and plans to add a music marketplace soon. In addition to the B2C offerings, the platform is also actively exploring B2B collaborations.

Narkhede also pointed out the scope for myNK to be an entertainment solution delivery platform and a content supplier for existing OTT platforms by enabling PPV (pay-per-view) models once their subscription revenues start tapering.