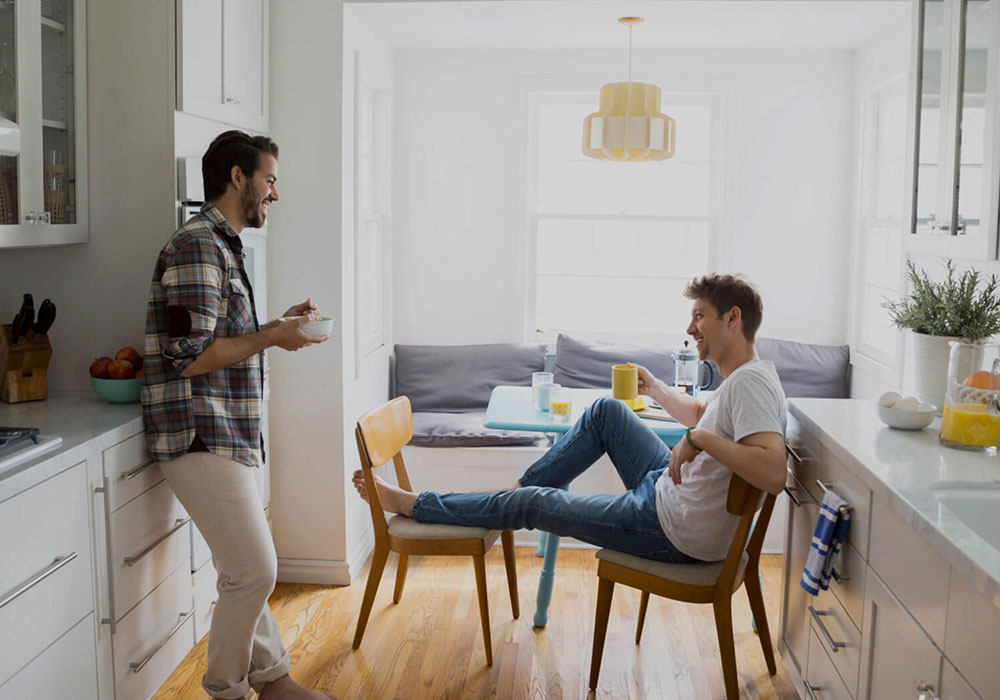 Well, Ajay Yadav went a step further – he not only made lemonade but also managed to grab tequila and salt worth $6 Mn along with it!

It was 2007 when Ajay came to the US to study computer science at NYIT. Like any new migrant to the city, he used Craigslist to find a roommate. So when he did manage to find one, turns out his roommate fleeced him and took off with all his belongings and security deposit.

Or as Ajay looks back now and reminisces, “I rushed into living with someone I didn’t know, and I was robbed of my belongings and security deposit.”

Nevertheless, his life continued without any more horror stories as he went through multiple house searches and had several roommates. However, five years later in 2013, history repeated itself. After seeing another friend get similarly fleeced, and spending countless hours emailing back and forth to search for a roommate for his friend, sifting through candidates with conflicting preferences, and worrying about safety when going to see a listing, he knew he had to find a better way.

It was time to make that lemonade.

And so Ajay went to work on the concept for a new app to help connect people looking for a place to live with those looking for a roommate. He started by compiling listings in a Google document that he then posted on a Tumblr page. He asked friends if they would like to import their ad, and they did. 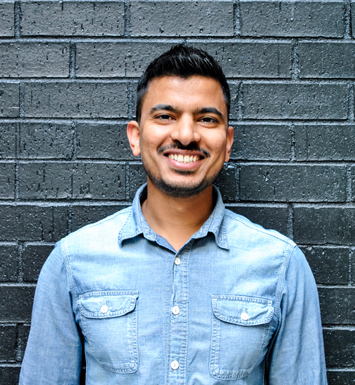 And then he thought, why not build a business based on this?

So he started writing the code himself back in 2014 as a solo founder till he was in a position to hire someone. For the first six-to-eight months, he didn’t even have a full-time team. Instead, he hired contractors and freelancers, all sitting remotely.

And thus, Roomi was born. Roomi officially launched in beta phase in June 2015 for iOS users, and for web use in January 2016. Shortly after, it went live across all platforms, including Android.

Looking back Ajay recounts, “I knew there were great housemates out there, the problem was the search tools. Facebook wasn’t built for housing searches, and listings on Craigslist aren’t vetted. Safety is a huge concern, so the idea for Roomi came from a genuine need that so many people face every day – the problem of finding safe and affordable housing that allows you to feel like you’ve found a new home and not just a place to crash. Feeling at home is essential to being able to fully embrace the adventures offered by a new city and have a positive overall experience in an urban setting.” 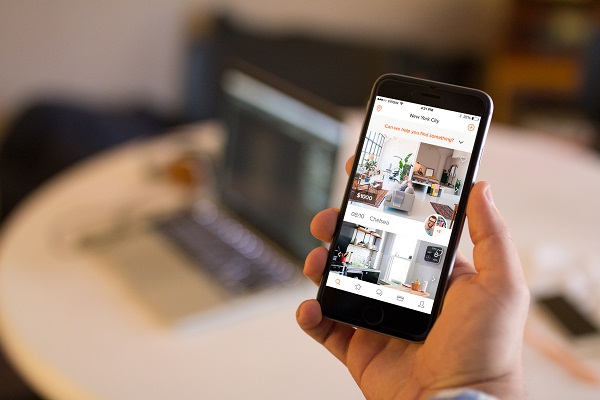 So Roomi expanded from New York to San Francisco, Los Angeles and San Diego, with other markets and services and to India this week with its first international office. It also picked up a cool $6 Mn along the way from investors such as DCM Ventures, Great Oak Ventures, and others.

For Ajay, the party seems to have just started.

Helping You Find The Right Kind Of Roomie

Roomi’s proposition boils down to two things – verified listings and providing users the right tools and personalised support, in order to help them make the best choice for their individual needs. Users can post their listings, all of which are verified by the team internally, and search for the right room or housemate based on lifestyle preferences.

Upon registration or placing a listing, users answer several personality and lifestyle questions such as pet preferences, smoking habits and more, as well as the more-standard location and price range inquiries. 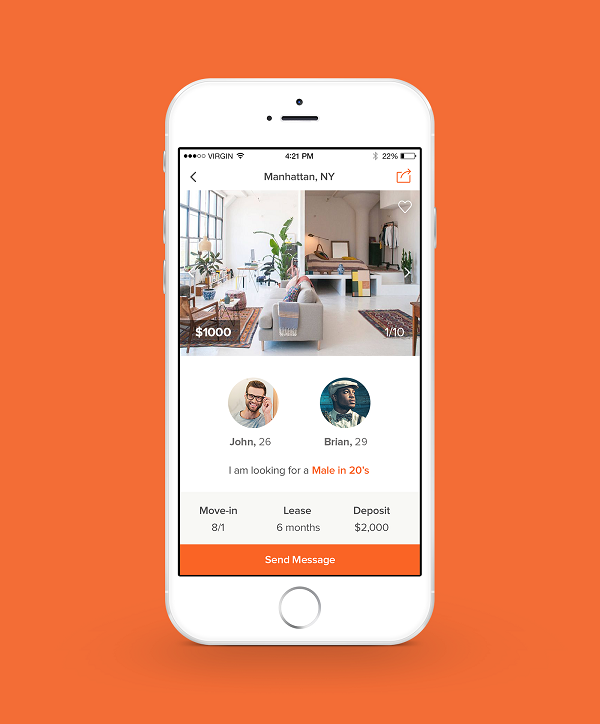 The app then translates these answers into a detailed profile, allowing users to search for housing and housemates who meet their needs and preferences. Listers can also view and message those who have viewed their rooms.

Additionally, people can then learn more by connecting through the in-app chat on issues such as shared values, common interests, compatible lifestyles and even things like TV preferences, food likes, and socialising styles. This chat remains private.

Roomi is really for anyone looking to have a great and hassle-free experience during their move. However, a lion’s share of its users are millennials between the ages of 18 and 35, who are seeking safe and affordable shared housing without the hassle.

The startup already has more than 500K users and has particularly helped students and professionals find the perfect housemates and co-living spaces throughout major cities in the US and Canada such as New York City, Austin, San Francisco, Los Angeles, Washington D.C., Boston, Chicago, Toronto, and Vancouver.  With its foray into the Indian market starting with New Delhi, it also plans to roll out in Bengaluru, Mumbai, and Pune early next year. Additionally, with its expansion internationally into India, it also hopes to grow into other markets as well.

Adds Ajay, “We are always looking for the next market to launch into, and we have our eyes on some cities that Roomi would be a great fit for, so we are preparing to launch in those cities, hopefully pretty soon.” 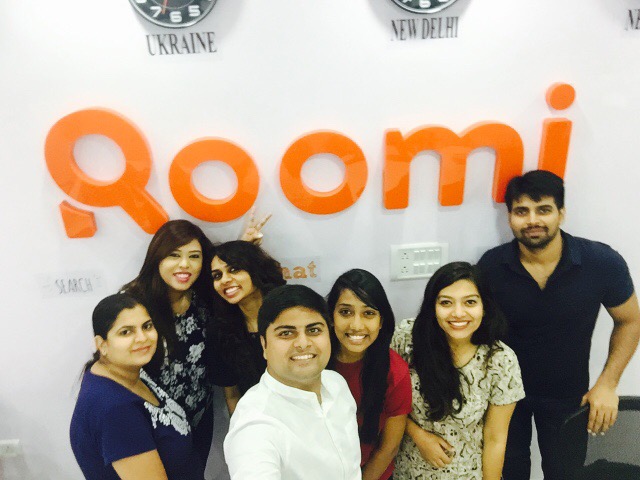 As of now, the team is focussed on building the best consumer experience and improving the platform as well as services. Monetising will come down the road with services that really add value to its users’ experience and develop with the housing market. These include paid features such as offering automated identification, background, and credit checks for a fee and through services such as paying rent online.

Further, Roomi aims to provide an escrow service for rent deposits. Until then, Roomi will continue building a community and expanding its markets.

Ajay added that they will continue to raise money in the future as long as it fits with their strategy for growth and expansion.

As per Ajay, the real problem Roomi is trying to solve is the profusion of scams on Craigslist, including wire fraud and worse. For a long time, these sites represented the very limited options people in the US had for finding individual housing or shared housing.

That being said, some of the styles associated with these sites have become synonymous with security concerns. There are no real checks on the system, and verification is a major issue.

To tackle this, Roomi has detailed listing profiles, map view search and several other features that makes the process easier and safer overall. The verification team is dedicated just to ensure that listings are legitimate. What also helps it score are carefully crafted profiles, filtering capabilities, in-app chat, and the search functionality which he claims is much better on Roomi.

He reiterates, “We are really focussed on finding the right roommate for our users. We match people who have compatible lifestyle preferences, and we are there every step of the way to help our users find that ideal match, all within a secure environment. Our verification team ensures that our listings are legitimate, making the entire process as stress-free as apartment or housemate hunting can be.” 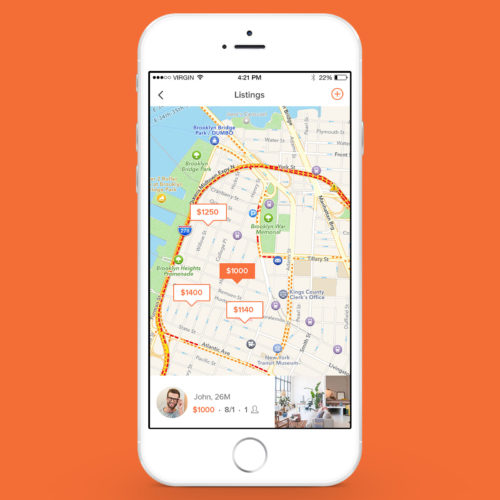 Recently, it also announced the acquisition of Room.me, a strong player in the California market. By bringing Room.me’s network into its fold, Ajay feels Roomi is now better-positioned for finding shared housing.

Of course, there are other players who are aspiring to do the same. Players like Symbi, PureHouse, and Common, which raised $7.35 Mn in Series A funding last year, are also gunning for a piece of the shared living pie in US. Similarly shared-office company WeWork’s venture, WeLive which offers short-term rentals and started operations this April is a contender too.

However, Ajay remains unfazed. He says, “Not every city is ready, or even appropriate, for a larger co-living structure like Common in the US or Collective in the UK. Those options aren’t always the desired living situation for people seeking shared housing since many people prefer a smaller sense of community and increased privacy at home. Hence, Roomi works within a city’s current infrastructure, allowing users to enjoy truly unique places to live and carefully select the individuals they want to live with. Ultimately, we place more control in the hands of each user and equip them with all of the information they need to make the best decisions.” 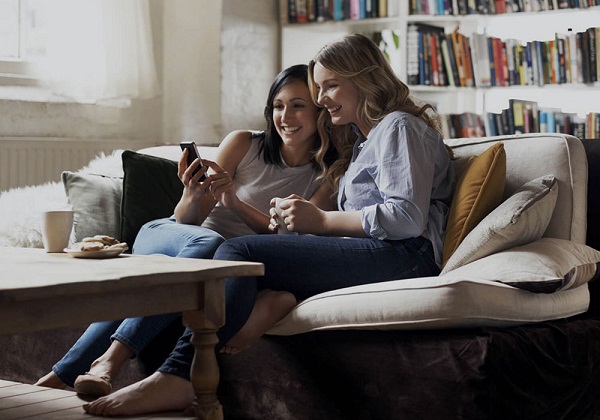 Meanwhile, when it comes to India, he points to the growing need for shared living, as evidenced by the fact that Flatchat – which grew to over 100K users – was among the top-rated real estate apps in India prior to being acquired by CommonFloor and subsequently its office was shut down this August. Flatchat had also raised funding to the tune of $2.5 Mn in June 2015.

Others operating in this space include – Noida-based FlatMate which helps its users (students/young professionals) to find flatmates based on common interests, and Bengaluru-based Homigo, a platform that provides working professionals with fully-furnished houses on sharing basis. Last October, it raised $200k in seed funding from unnamed individual investors based out of Bengaluru and abroad.

Then there is Gurugram-based CoHoStayz– a tech platform that is revolutionising the co-living concept in India, offering managed apartments and villas while catering to the long-stay accommodation needs of the youth. Besides this, Facebook groups such as Flat and Flatmates is also another popular option.

With the real estate bubble refusing to burst and escalating loan rates, more people than ever are renting, instead of buying, especially millennials. They are also choosing to live with others much more so than in the past. Younger people value flexibility and tend to choose to spend their income on experiences so than on material possessions.

Also, with rising population in metros like Delhi and an increase in the millennial population, the demand for affordable housing is rising. Every year, roughly 200K newcomers shift to New Delhi, and it’s no wonder that shared living as a market is huge in India and many urban cities the world over, given the rising cost of living in urban hubs. By providing security and safety on the table and an option to carefully select the individuals, people want to live with, Roomi will be able to offer a unique proposition to millennials in Delhi and the likes.

The question is how successfully will it be able to leverage the social networking it provides to its advantage and hit upon a sustainable business model. This remains to be seen after it rolls out the paid features for its millennial audience.