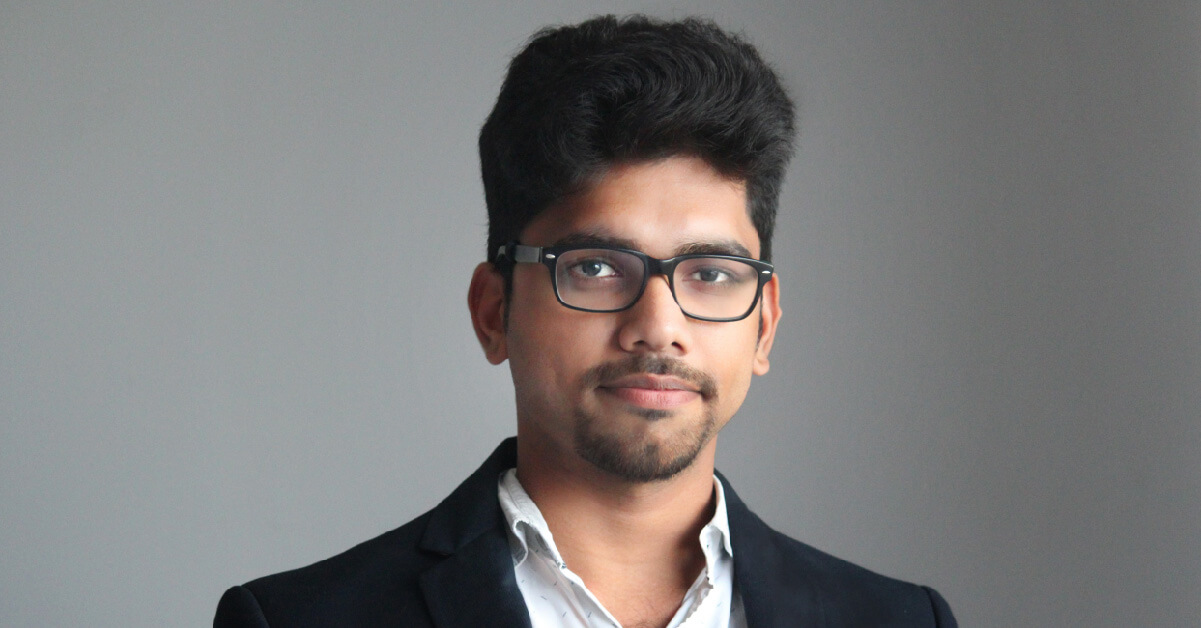 Even as Initial Coin Offerings (ICOs) — an unregulated means of crowdfunding new cryptocurrency ventures — fight a battle of legitimacy, with a report claiming 80% of them are fraud, here is a solution that could redeem the risky fundraising mechanism.

Accubits, a Washington DC-based blockchain and AI solutions provider, has come up with Coin Factory, a unique concept based on a smart contract, which defines milestones for crypto startups looking to raise funds, and allows investors to control the release of funds as each milestone (target) is completed. The entire process is moderated by a champion from the investor community.

“The idea of our solution Coin Factory arose from the need to address the increasing cases of fraud in this area. Fraudsters host an ICO, raise funds from a lot of cryptocurrency investors, and then they disappear,” said Aharsh MS, CMO and co-founder of Accubits.

ICOs have seen a surge in popularity as they can be initiated by anyone and require significantly low marketing and transactional costs compared to other fundraising methods. When a cryptocurrency startup wants to raise money through an ICO, it usually creates a plan on a white paper stating what the project is about and what it needs to complete the project in terms of funds or how many tokens the founders will take and how many tokens the startup will give out. It is a bit like a kickstarter or crowdfunding.

According to CoinSchedule, 539 ICOs have raised $11.93 Bn so far in 2018 as compared to $3.9 Bn in the previous year. The market is growing at a rapid pace as a result of the boom in blockchain and cryptocurrency startups, a trend that is expected to continue.

But amid this optimism, ICOs have also come under scrutiny from regulators since they are are unregulated in India and in many countries around the world. Countries like China have banned ICOs while the US, the UK, Russia, and Switzerland are some of the top countries for ICOs.

The lure of making big money via ICOs and the fact that they’re still unregulated in India has also attracted a large number of fraudsters. Even as regulators consider the if and buts of ICO regulation, it has become imperative for the industry to come up with ways to make sure legitimate ICOs can easily be identified from fake ones.

And Coin Factory is a step in this direction.

“If fraud ICOs continue to proliferate, the space is going to die. And if ICOs die, it will spell doom for the dreams of a lot of genuine cryptocurrency startups and their founders,” says Aharsh.

Coin Factory is an ICO platform that enables Accubits’ clients to launch their ICO campaigns with ease and without the fear of being perceived as fraud. Accubits’ solution to this problem is encompassed in a feature called the “milestone contract”.

Under a milestone contract, the founder has to define the roadmap for his/her project and the Coin Factory platform creates a set of milestones based on that roadmap. All the milestone conditions are defined in a smart contract. When ICO token sales happen, all the raised funds are stored in the smart contract, and get activated only when the startup hits a particular, pre-defined target.

Basically, think of the smart contract as a purse. Now, let’s say, your mother collects INR 100 from your relatives and saves it in the purse. She then asks you to do some chores and says she will give you the money from the purse in instalments as you progress with your chores.

In Coin Factory, the role of the “mother” (so to say) is taken up by “champions”, who are chosen from the investor community by its members. They are the intermediaries between the founders (you) and the investors (your relatives who gave the money to your mother).

“The election process (of the investor champions) can differ based on the project. Investors from the community can apply to participate in the election to be selected as a champion. Other members vote for the candidates, based on their merits and qualifications. Voting power can be based on the stake they’ve bought in the startup or be on a one-vote-per-investor basis,” says Aharsh.

The elected candidates will receive reports from the startup’s management on its performance details — a condition that can be mandatory for the completion of the milestones codified in the smart contract.

When the investor champions all agree, or if the majority agree, that a milestone has been completed by the startup in question, the smart contract will be triggered to release the funds for the next milestone.

Aharsh says Coin Factory has received a promising response and that it has been “really going good, so far”. Accubits claims to have completed 15 ICOs which have helped clients raise a total of $200 Mn over the past five months.

Accubits doesn’t really see any competition for the services it provides in India and most of its clients are international. Outside the country, there are a few services that provide a similar solution like Dubai-based Blockgemini and Singapore’s Blockstar.

Accubits: Starting Early And Finding The Solution To ICO Frauds

Accubits was founded way back in 2012 by Aharsh, who was pursuing an engineering degree from Cochin University of Science and Technology (CUSAT) in Kerala, and along with five other co-founders. The startup was incubated under the Kerala government’s Startup Village programme; it moved out of incubation and opened its first office in Bengaluru around 2015.

“When we started, we were an AI product-based company. It is really difficult for a product company to succeed in India… none of our products was finding any traction,” says Aharsh.

The turning point, he says, came just a few years ago when the startup decided to offer services parallel to its product offerings. “We got the early-mover advantage in the blockchain services space. From there, the team grew fast and the company expanded to other countries as well,” he explains.

From then on, there was no looking back. In the last two years, the startup has seen significant growth and has been involved in some big-ticket projects.

One of the feathers Accubits has in its cap is its involvement in the development of the Giracoin, the largest cryptocurrency in Switzerland and one of the fastest-growing in Europe.

Accubits’ solutions have also been used by Lexus and the Toyota group in their dealerships in the US and Canada, and a top ecommerce site in the US uses Accubits’ AI solution for product categorisation.

In 2016, Accubits raised a seed investment of $30k from a US-based investor, got itself incorporated in Washington and opened its second office in Technopark, Thiruvananthapuram. Towards the end of last year, the startup opened its second office, an AI-blockchain research lab, in Technopark, and also expanded its Bengaluru office. Today, Accubits has offices in the US, Dubai, and Hongkong.

Accubits’ growth story saw another milestone when it recently won the Frost and Sullivan Award for the Most Promising Blockchain Consumer Application of the Year (Logistics/Supply Chain).

Although Accubits identifies itself as a blockchain-first startup, Aharsh believes that blockchain is of no use without the application of IoT.

So, do blockchain startups by default also need to specialise in AI, according to Aharsh?

“My opinion is that when it comes to blockchain-based enterprise-level solutions such as supply chain management or smart tutors, the application of IoT is definitely needed to communicate with the real world,” says Aharsh, adding that this may not be the case for small-scale solutions.

Accubits: Fostering A Culture Of Contribution In Blockchain In India

Aharsh is a believer in the positive impact of AI and blockchain in the long term. He, like many others, believes that the value of AI lies in the fact that it can automate all the monotonous jobs that still require manual labour, from data entry to business process outsourcing.

“The gap between the rich and the poor is huge and power is centralised in the hands of a few, but this has to change. I think this is going to happen, which is why blockchain is getting so popular,” says Aharsh. He also predicts a future where, because of automation, people will need to be more creative to find a living.

In line with Aharsh’s philosophy, Accubits is trying to bring together a community focused on AI and blockchain with the aim of fostering a contributory culture to help give India a legup in technology advancement.

“We have an online platform for AI-based open source APIs that can be used in software to solve problems ranging from detection of liver problems and signature forgery to the prediction of hotel room occupancy.

Accubits launched an AI and blockchain research lab four months ago where the startup conducts community meetups. Aharsh believes that India missed the blockchain wave (developers from Russia and Israel took advantage) and that’s why we ended up being consumers rather than contributors to the developer community.

“We need to change this culture. We are organising hackathons and meetups in which people catch up on the latest news, advancements and discuss how we can contribute (to blockchain development). We have also opened up our research lab to people from outside — we even have a kid from the 10th standard who is studying machine learning at our lab,” adds Aharsh.

The goal for Accubits for the next two years is to build one of the biggest and best AI and blockchain development teams in the world.

Aharsh’s belief in AI and blockchain comes from his confidence in our ability as a species to solve problems. He adds that the way forward is to be more creative in our solutions while leaving the simpler, mundane, or monotonous problems for machines to solve.

“Since human history, whenever we’ve had a crisis, we’ve survived, and this is how we’re designed by nature. If people need to be creative, they need to be liberated,” Aharsh says emphatically.

There is something about young startups in India that is remarkably different from their predecessors — their ambitions are unhinged. Accubits is certainly one such startup which is set to soar in the blockchain-IoT space with its unhinged ambitions.

Update: This article was updated at 7.25pm on July 2, 2018, to remove a revenue projection that Accubits Technologies did not want disclosed.