In recent years, cryptocurrency has opened up avenues for international transactions, democratised currency, saved us time and money and helped us reevaluate our dependence on banks, which are far from infallible

Political arrogance in our country is one of our biggest vices, caused due to the immense power which politicians wield, some of which is arguably unconstitutional 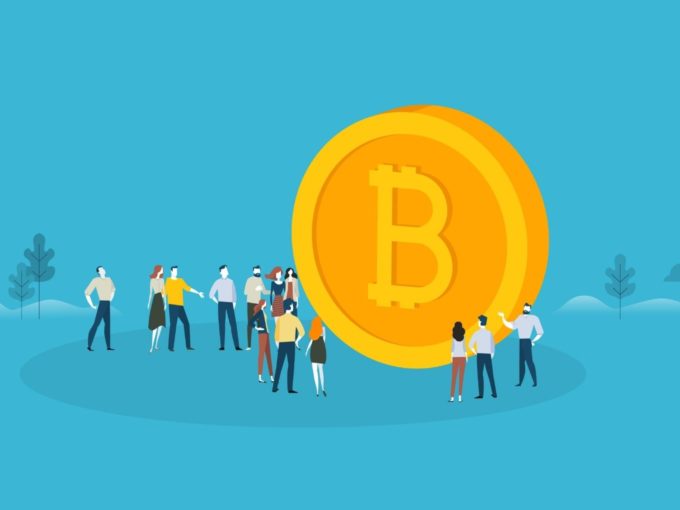 India has shown a fascinating appetite for cryptocurrency and blockchain in the last few years. The reasons behind this phenomenon are manifold, including the disillusionment with the banking system, failed government policies and unfair distribution of IT returns. Indians have recognised crypto and the technology that powers it, blockchain, for all their merits. Both these technologiees have opened up avenues for international transactions, democratised currency, saved us time and money and helped us reevaluate our dependence on banks, which are far from infallible. This article focuses on the potential of what a developing country like India can gain when blockchain and Bitcoin go mainstream and it does not wish to restrict itself to the current possibilities within the regulatory ambit of the country.

There is something to be said about the Indian entrepreneurial spirit which takes new ideas in its stride and the traditional Indian reverence for gold. The idea of investing in gold as a hedge against market volatility is something that has been forever embedded in our psyche.

Drawing on this basic necessity to save money and now with a rising tech-savviness in our population boosted by a strong network of IT professionals, Bitcoin has emerged as a kind of digital gold in India. But there is more to the popularity that Bitcoin has gained in the nation in recent years.

Over 50% of the Indian population is unbanked. Banks are not particularly interested in serving the underprivileged, for this sector of the population doesn’t bring much profit for them. In this context, cryptocurrency, which runs on a decentralised grid, can potentially bank the unbanked. Moreover, blockchain technology is designed to keep corruption in check – as blocks run on a peer-to-peer network, they are useful in tracing the flow of funds and transactions on the blockchain are undeniable and immutable.

The present-day menace of fake news is confronted by every media outlet and most social media, including chatting apps. The presence of middlemen in processes of reimbursement and sanction contributes to biases in tendering, IT approvals and kickbacks.

Political arrogance in our country is one of our biggest vices, caused due to the immense power which politicians wield, some of which is arguably unconstitutional. Subsequently, these loopholes are exploited by bureaucrats who intend to hide their illegal or taxable incomes. On the other side, sales involving absurdly large amounts are made without invoices, amounting to loss in goods and service taxes.

This is followed by the feeding of the black economy, and a resultant loss in revenue generated by income tax – all for profits made by stakeholders of the supply chain. The blockchain-based token system which could easily be automated is a great remedy for this.

The problem with banks extends to inflation as well – one of the main reasons for inflation is regulated (or rather self-regulated) activity of new currency notes put into the hands of people through banks. More the money generated by banks, higher the inflation.

The government, supported by some input from the RBI, decides how much money to be printed. This indeed devalues money held by people, whether it be currency notes or in a digital form in banks. The fractional reserves of banks come with a different set of problems for its users. While banks keep only a very small percentage of their deposits with the RBI, they lend out far bigger amounts and repeatedly so.

This is independent of if the banks have enough deposits to cover the loans being disbursed. And as we have seen, the commonly held belief that banks are ‘too big to fail’ has been disproved several times in the past. In our country, the public perception of the banking system is associated with the trust in the government much more than in many developed countries, where the banking system is seen as merely a business, like any other industry or sector in the economy.

One of the greatest reasons behind the invention of cryptocurrency was that this risk is eliminated as it works on a public ledger and not on the private ledger employed by banks.

As a country which is one of the biggest inward remitters from the Gulf, UK and USA, we are losing up to 7% in our transactions in transfer and currency conversion fee. Cryptocurrencies, however, run on a mechanism that accounts for a decrease in transaction fees which means more money is put back into the hands of the receiver. Given that transacting Bitcoin is almost instantaneous and is conducted entirely on the internet, it saves substantial time and effort for both the remitter and the receiver.

Not just individuals, but businesses routinely lose time in their transactions as well. We know all too well the agony of unrealistic capital controls. It takes up to 7 days of paperwork to send out a wire transfer to other countries. Moreover, the limits per user per year for international investments has made many opt for foreign holding companies. Cryptocurrency, on the other hand, cuts the transaction time, eliminates needless bureaucracy and offers its users unfettered access without imposing limits per user per year.

The growing acceptance of Bitcoin and other cryptocurrency is met with a rapid rise in the use of digital means in India – McKinsey Global Institute (MGI) recently found that India is digitising faster than any other country in the world after Indonesia. The increasing use of smartphones and broadband internet connectivity is expanding the user base for cryptocurrency. Even with limited digital literacy, people in India can use the crypto wallets and become less dependent on financial institutions, which have not been generous to the underprivileged.

Can Crypto Close The Gender Gap?

The traditional financial system has seen a very low participation of women in the workforce. We know, however, that technology has been a boon and an equaliser for women not just in India but in the entire world. As the blockchain industry becomes mainstream, more women are entering the market, shifting away from a men-only space.

In 2019, Bitcoin fund operator Grayscale published the results of a study that showed that 43% of respondents interested in BTC investments are women. Nearly half of Binance’s workforce consists of women and in India, women make up a significant pie of crypto investors.

Despite the numerous benefits that Bitcoin and blockchain technology bring to us and for all the speed of innovation in the industry, it lacks the required regulatory support. Instead of being cynical of decentralised currency, the government should bring in clarity in regulations surrounding cryptocurrency, so that Indians can reap the benefits of this technology.

The centre took some steps in this direction earlier in March last year, but we still have a long way to go before we reach a place where Indians might be able to access new trends and become more independent with their finances.