Why Has Blockchain Not Disrupted The World Yet

Why Has Blockchain Not Disrupted The World Yet

Blockchain is not the magic wand that generates immutable truth 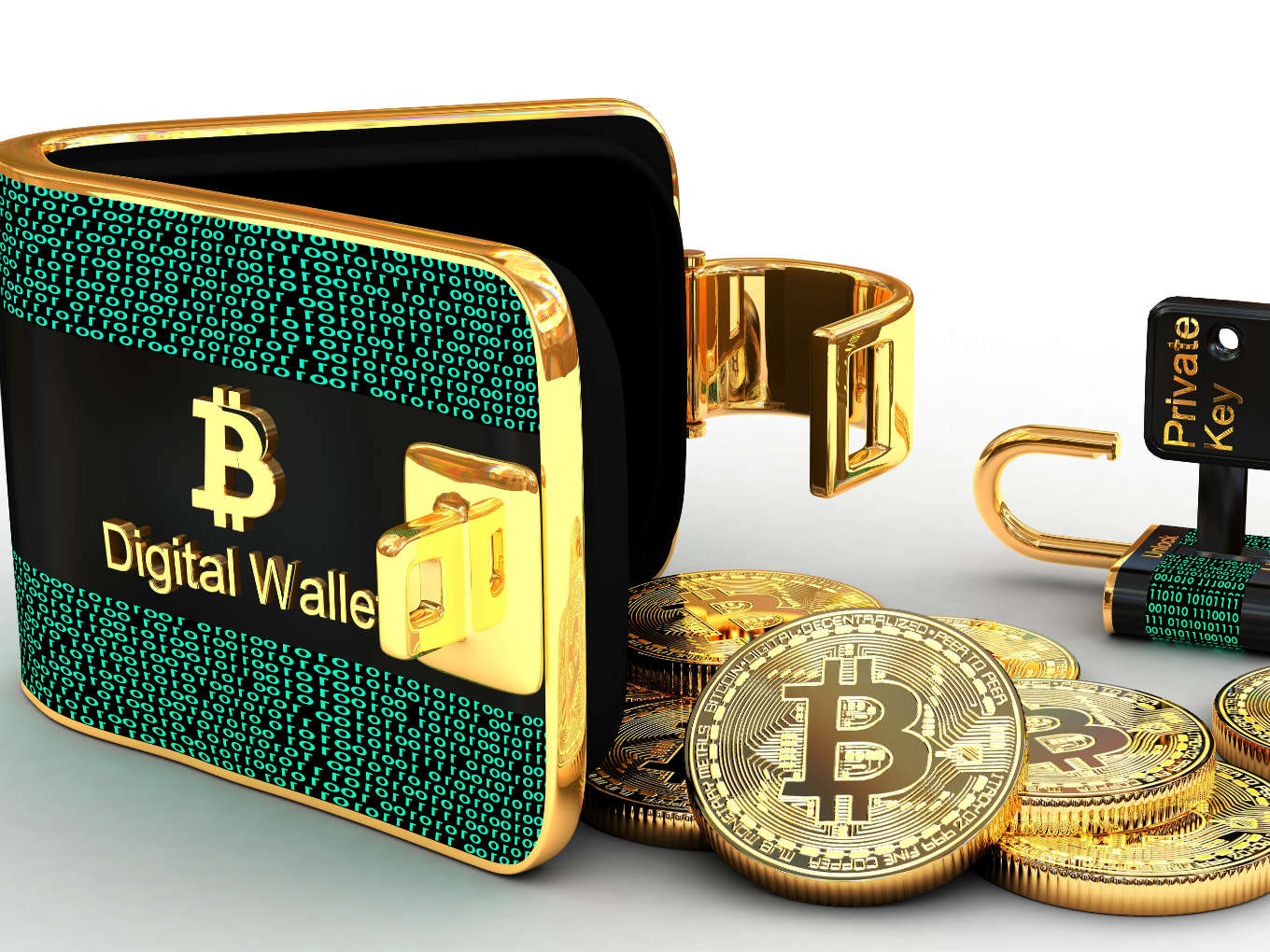 To put it in layman terms, at the risk of some repetition, a blockchain is a special ledger “out there on the internet” which no one owns or controls, which anyone can download (using a free client software) to view or create accounts, and to which anyone having an account can then broadcast a transaction to be added, and if a majority of the participating computers agree, it will be validated and added.

What you can’t do is delete or amend a transaction once it has been validated. Special computers (the miners) that facilitate this validation get digital reward tokens generated by the blockchain software itself for doing so. The more the tokens move between accounts, more are the transactions needing validation, and more new tokens get mined and rewarded to the miners, thereby increasing the digital tokens in circulation in a self-reinforcing loop.

As quoted in the book Squaring the blockchain circle, it requires deconstructing some of our existing social and philosophical constructs, such as how we trust each other and how we arrive at the truth and then record it. There are also our economic and commercial constructs, such as how we set up contracts and agreements and how we resolve our disputes.

For centuries, these assumptions have been the edifice of our commerce and have changed little, or not at all, over time.

How Blockchain Came Into Existence?

The move from paper-based systems to digital systems and then onto the cloud never challenged these assumptions, just enhanced our capacity to process ever-increasing amounts of data more efficiently. Up until about 2008, when the Global Financial Crisis (GFC) struck us.

The GFC and its aftermath exposed systemic flaws that brought the world economic order to the brink of collapse. Nations went bankrupt, currencies went into a free fall, the world’s biggest insurers failed, investment banks collapsed and the central banks of the world faced a situation rapidly spiralling out of their control. If it all had to be summed up in one line, that would have to be — the collapse of trust.

When trust collapsed, market liquidity evaporated. Blue-chip securities were suddenly unsellable. Bid-ask spreads went through the roof, and even then there was no guarantee that the markets would absorb supply. Deals collapsed even before the ink was dry on the papers. Financial business came to a standstill, and the Federal Reserve Bank became the lender of last resort holding the scaffolding and injecting liquidity through extraordinary measures.

It was against this background that in October that year (2008), forged in the smithy of the GFC, a person (or a group) called Satoshi Nakamoto published the Bitcoin white paper describing the concept of a cryptocurrency — bitcoin — riding on an underlying technology — the blockchain — which could provide an alternative way to build trust, record truth, secure transactions and create a decentralized network spanning the globe outside the purview of any authority.

Why Blockchain Is Not Successful Yet?

The innovative idea of Initial Coin Offerings or ICOs resulted in some twenty billion dollars worth of funds flowing into blockchain projects in a short time even as bubble indicators began flashing red all over. The success of bitcoin made blockchain into a household word and unleashed the power of human imagination regarding its applications. Bitcoin acquired the Midas touch.

But in the blockchain applications space, for all its frenzy and billions of committed project dollars, there is manifest blindness. Every industrial database seems to be a fit target for replacement by the blockchain, in a one-size-fits-all approach.

A cost-benefit analysis is rarely demanded, and expectations ride sky-high. While I shall have no hesitation in decimating some of the half-baked and misconceived blockchain applications that are currently attracting funding and attention, I believe in its power. Just not in the same way that is being touted.

Both governments and corporations, where centralization is the mantra and anonymity anathema, have jumped onto the blockchain bandwagon as the next big thing. The stark contradictions in the strengths of the technology and its areas of application are being completely overlooked.

Given its potential and arguably Bitcoin success as global digital virtual currency, why did Blockchain not disrupt the world yet? Here are two reasons:

ICOs were meant to help raise funds for good Blockchain projects with committed teams. Unfortunately, in the name of “decentralization”, companies raised millions and billions of dollars, on the back of white papers, and did not have motivation left to deliver the projects. Early liquidity, also like in the case of dot com bubble in 1999, meant that true value of the projects and disruptions would take more time before it could be unveiled.

I suppose it is tempting, if the only tool you have is a hammer, to treat everything as if it were a nail.

—Abraham Maslow in 1966 (as quoted in Wikipedia)

Anything on Blockchain does not mean truth

Blockchain achieves truth (transactions validity) in Bitcoin transactions with the help of 1000s of mining nodes, with up to 1000s of servers supporting each node. Miners are incentivized by Bitcoins to perform the mining exercise.

For any Blockchain use case, worth asking the following,

“Blockchain is not the magic wand that generates immutable truth”. It’s just a means to an end.

Several POC’ed or Advocated use cases are nothing but digitization of some data. Examples below,

The challenge in this loan issuance is that there can be fake invoices, or companies can take bank loan from multiple banks against the same invoice, or that the counterpart client does not exist. Hence banks are cautious in giving such loans.

Now independent miners are bank’s risk departments who can help validate the authenticity of the transactions. And no bank will open their client data to other banks for validation (in fear of losing the client to other banks).

So all that can be achieved is that document transfer between the 4 entities, can be made faster from days to hours, by using digital signing and digital documents transfer. Such solutions exist and work well without Blockchain.

Most problems advocated here are typical digitization problems that can achieve transparency by making the steps in the workflow public. Think about DHL or any other courier service tracking the package in transit, or Uber’s car driver and trip details. People, who need to know, can know it online very easily, and without needing any Blockchain technology implementation.

Bitcoin is owned and run by the community. There is no “known” majority Bitcoin holder. It makes sense for the community to adopt it as decentralized currency, as an alternative to fiat currencies.

But different countries like Venezuela launching their cryptocurrency, or centralized cryptocurrencies like Ripple make no sense. All they need maybe is a digital currency instead of fiat currency, or digital payment mechanism like Paypal, which has worked well for years.

But if the transaction validation is done by Government or one company like Ripple, its not decentralised and is not a cryptocurrency.

The above challenges may be overcome over time, as the Etherium alike protocols mature improve and become scalable, making them more accepted widely. And smart contracts shall be more relevant as automation & Iot’s grow, leading to more “machine interacting with machine” scenarios.

So What’s Needed For Blockchain To Work

So where might Blockchain work then? Let’s take the most successful Blockchain app. How Bitcoin Blockchain REALLY worked, see below the key factors in its success.

Shared Beneficial Ownership– Bitcoin Blockchain is owned by the public, striving to build a decentralized financial system where trust is built in a democratic fashion.

While Bitcoin was initiated by smart hackers, it was scaled by the tech community and eventually became mainstream, because it seemed to help the whole world and everyone had an equal opportunity to build their businesses around it (like all miners, bitcoin exchanges, etc.). Wikipedia, Linux and several other open and crowd-sourced platforms have scaled in a similar fashion.

There are other factors that need consideration, including, multiple parties executing the transactions, transparency of transactions acceptable to all parties, public or private blockchain, etc.