Blockchain This Week: Is Blockchain’s Breakout Moment Here And More

Blockchain This Week: Is Blockchain’s Breakout Moment Here And More 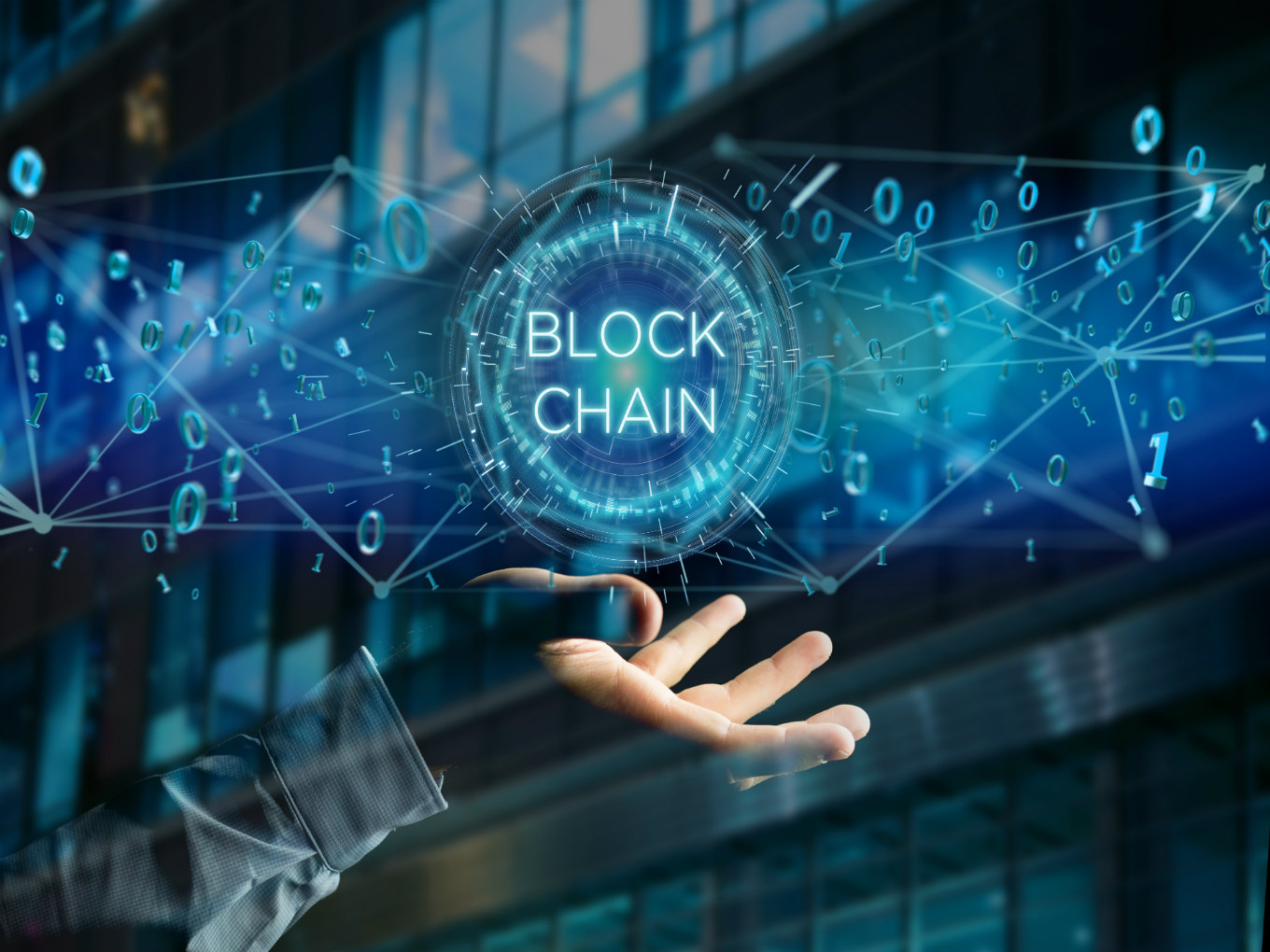 This week Deloitte, one of the “Big Four” accounting firms, released a study on blockchain technology called ‘The Global Blockchain Survey 2018’. Based on interviews of more than 1,000 industry executives the report throws up some interesting perspectives about the utility of blockchain in enterprises.

One sign of blockchain’s perceived potential is the large investments being made. The study showed that close to 40% of the executives envisioned an expenditure of more than $5 Mn in the next calendar year to develop blockchain solutions.

While there is a clear sense among executives that blockchain can act as a disruptor in their field, about 39% of the respondents said that the technology was “overhyped.” 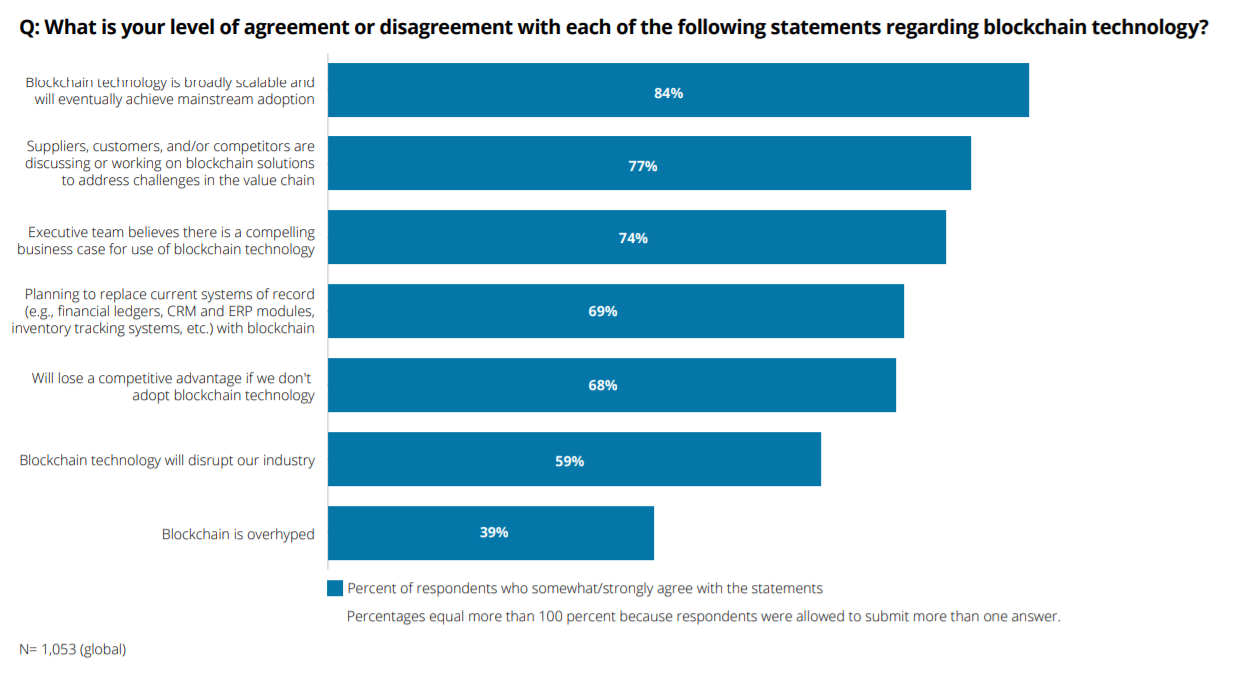 Talking about industries, executives in the automotive (73%), oil and gas (72%) , and life sciences (72%) sectors are most bullish on blockchain.

Blockchain is not quite ready for primetime, it is getting closer to its breakout moment every day. — Deloitte Global Blockchain Survey 2018 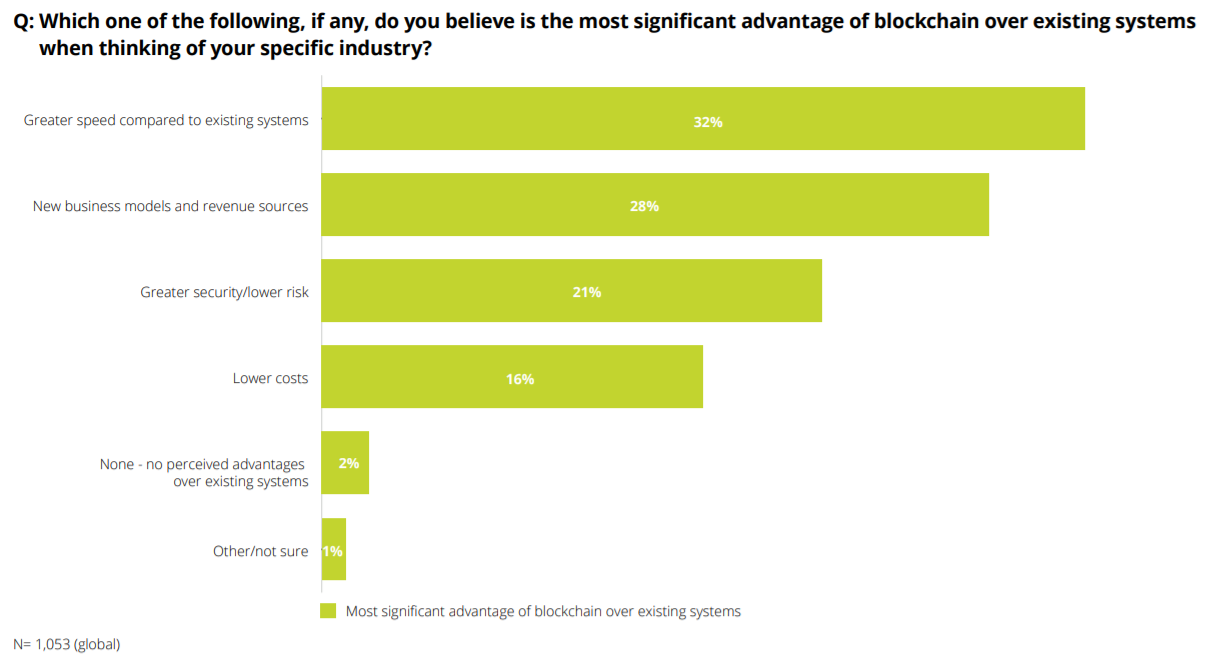 India’s Institute for Development and Research in Banking Technology (IDRBT), which is established by the Reserve Bank of India has published a blueprint on blockchain implementation in the banking sector.

IDBRT is working with the Indian government, banks and industry players to build an interoperable blockchain platform.

Since there is no relevant regulation for the blockchain sphere in India, the blueprint purportedly presents a roadmap on the technology’s adoption in several areas and offers to establish protocols that would allow financial institutions to interact via decentralized platforms.

The Port Authority of the Bay of Algeciras, Spain, one the top 10 busiest ports in Europe, signed an agreement with IBM on its shipping platform Tradelens, Europa News reported on January 21. Tradelens is a digital platform based on blockchain technology developed by both IBM and international shipping giant Maersk.

Leading port operators have been increasingly implementing blockchain technology to streamline their operations. In October 2018, the  Port of Rotterdam in the Netherlands partnered with major Dutch bank ABN AMRO to test blockchain for shipping.

In June 2018, a subsidiary of Abu Dhabi Ports became the first entity in the country to deploy its own blockchain solution.

Speaking at the sidelines of the Davos World Economic Forum, Steenis said, “I’m not so worried about crytocurrencies,” he said. “They fail the basic tests of financial services. They’re not a great unit of exchange, they don’t hold value, and they’re slower.”

Blockchain Use In IoT Doubles In Last One Year

Blockchain adoption in the Internet of Things (IoT) industry more than doubled over the last 12 months, a survey conducted by major Dutch cybersecurity firm Gemalto revealed on January 15.

According to the survey, firms in the IoT industry are increasingly turning to blockchain tech, with adoption of blockchain more than doubling from 9% to 19% in the past 12 months.