Today, gaming has grown to become one of the largest entertainment industries in the world 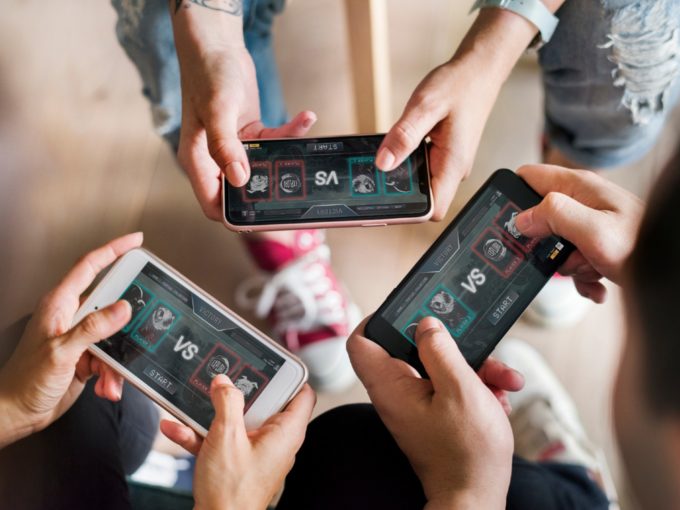 Video games have come a long way since their inception in the 1950s when pioneering companies like Magnavox, Atari, Taito first captured the public’s imagination with the precursors of modern-day games. Despite their repetitive nature and primitive appearance, early games such as Pong, The Oregon Trail, and Space Invaders, and the consoles on which they arrived, took the world by storm.

Their early successes set the stage for the development of the global gaming industry and paved the way for the immersive, cinematic, and highly polished experiences we’ve come to expect. Today, gaming has grown to become one of the largest entertainment industries in the world, estimated at more than $150 Bn in 2019. Driven by 2.5 Bn gamers across the world, this figure is anticipated to grow to nearly $200 Bn by 2022, with a CAGR of over 9% between 2018 and 2022.

Although the initial phase of growth was led by the U.S., Japan and an assortment of European nations, the next phase of expansion is set to be driven by emerging economies in the Asian and African markets. According to gaming analytics firm Newzoo’s 2019 Global Games Market Report, the Asia-Pacific (APAC) region will feature revenues of $72 Bn in 2019, accounting for 47% of the global total and representing year-on-year growth of 8%.

China will contribute almost half this sum, estimated at $37 Bn. And while PCs and consoles have certainly played vital roles in the industry’s growth, it’s the advent of mobile gaming that caused the market to soar. Constituting the largest segment in 2019, games across smartphones and tablets grew by 10% year-on-year to $69 Bn – over 45% of the global games market. Of this, $55 Bn is attributable to smartphone games, comprising a staggering 36% of the overall market.

Nowhere is the impact of mobile gaming more apparent than in India. Gaming in India has always been considered a niche form of entertainment. Over the course of the late 90s and early 2000s gaming remained the exclusive domain of a tiny proportion of the population, with the rarity of gaming consoles and components, a limited choice of games, and the astronomical costs involved all playing a part.

In the time since this scenario has been flipped on its head. India has become one of the world’s fastest-growing gaming markets, driven by the proliferation of smartphones and cheap data. This has resulted in India ranking fifth among the world’s top mobile gaming markets, with over 220 million gamers spending an average of 42 minutes per day on mobile games. By 2020, NASSCOM data estimates the Indian mobile gaming market to reach 628 million users, contributing to a market worth $1 Bn.

It was the launch of the smartphone that truly unlocked the potential of the mobile gaming market. The proliferation of smartphones ensured a user base exponentially larger than every pre-existing gaming platform combined, while play stores and downloadable apps ensured that there was no shortage of games for users to occupy their time with.

Games with social and multiplayer components, such as FarmVille, Candy Crush Saga, and Clash of Clans only furthered this trend, as players competed with and against each other to progress and level up. As the technology that powers smartphones have grown more advanced and improved data plans have emerged, games designed for PCs and consoles have made the jump to mobile platforms.

Falling under the ‘battle royale’ genre, in which tens to hundreds of players compete in real-time to be the last player standing, games such as Fornite and PlayerUnknown’s Battlegrounds (PUBG) feature fast-paced, hyperkinetic action and movement. What differentiates these games from the single-player first-person shooters (FPS) of the past is the inclusion of a host of social elements, affording players from across the world the opportunity to interact in real-time.

While the introduction of mobile gaming has seen the global gaming market reach new heights of success, it has also laid the groundwork for an even larger phenomenon – the post-mobile gaming market. Centred around the core tenets of shared experiences and audience interactivity, this new trend has blurred the line between player and observer and led to the rise of hugely popular streaming and communication platforms such as Twitch, Discord, and Mixer.

Under the banner of ‘live-interactive games’, live streamers such as PewDiePie (Youtube) and Ninja (Mixer) have amassed massive followings of both gamers and non-gamers alike, who tune in in their millions to watch these figures play games, respond to comments, and generally interact with their fanbase.

Bolstered by the active participation of non-gamers in these communities, estimates place the reach of the live-interactive gaming market at over 3 billion users, with a Total Available Market (TAM) of between USD 80 Bn and USD 100 billion. When juxtaposed with figures of 2 billion and USD 60 billion for the mobile gaming market, the inherent potential of this model is obvious.

By shifting from the freemium model of mobile gaming to the interconnected ecosystem of live-interactive gaming, businesses have the opportunity to interface directly with their target audience and maintain a long-lasting, mutually beneficial relationship with a highly-engaged community of advocates.

While smartphone usage and gaming habits have thoroughly penetrated India’s key urban metros and English-speaking class, there still exists a massive untapped market. Through the continued support of mass driven games capable of running on any smartphone, and by ensuring their availability in regional languages, India’s mobile gaming market can be assured of its growth for years to come.