Even in the 21st century, women spend a tremendous amount of their time and efforts combatting gender inequality

Gender inequality in India has been built on the foundation of pre-defined socio-cultural norms, anchored in India’s historic and cultural roots 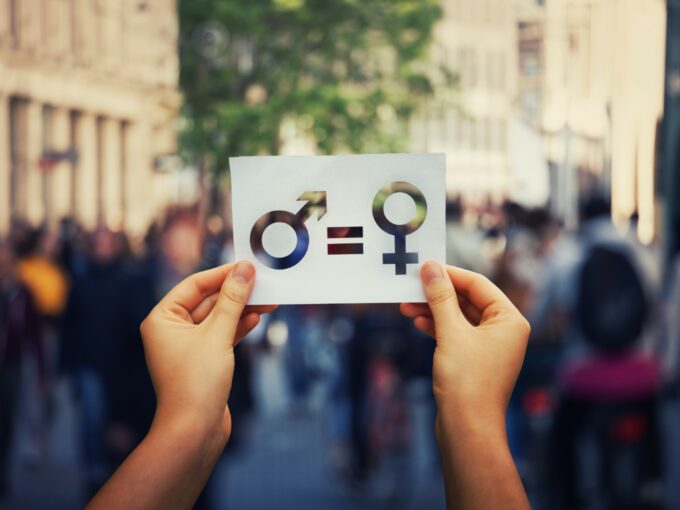 As we make our way further into 2020, many of us will take the time to reflect on the resolutions that we set forth at the beginning of the year. At a personal level, we probably made resolutions to improve our health, get more sleep, prioritize work-life balance etc, but have we ever thought about creating a balance in every single frontier of our lives?

2019 was dedicated to Balancing for Better and 2020 is dedicated to Each for Equal — food for thought set forth by the United Nations in light of International Women’s Day. In an era where women are just as capable and deserving as any other gender, they spend a tremendous amount of their time and efforts combatting gender inequality.

There is no doubt that women have made progress, but one must question why a woman’s progress is painfully slow, takes a backseat for family responsibilities, or why is she paid a lot less than men for the same amount of work.

India struggles with gender inequality issues that are prevalent beyond the concerns of equal economic growth between genders and access to educational resources and opportunities. In a recent report, the National Institute for Transforming India, a Government of India funded think tank found that only 24% of women in India are working professionals, compared to 48% around the world. NITI Aayog’s Chief Executive Officer, Amitabh Kant said “The nation can grow at a rate of 9% to 10% only if there is gender parity.”

The unfortunate reality is that even in today’s day and age, women in India are expected to give up on a prospective career in their early 20s and succumb to a life in which the husband makes the money and the woman raises the family. This is mainly because gender inequality in India has been built on the foundation of pre-defined socio-cultural norms that are anchored in India’s historic and cultural roots.

These norms run so deep, making it so that even the slightest of changes requires magnanimous effort. It goes without saying that the impact of sociocultural influence is seen across all verticals of life including places like work. This is probably why career-oriented women who take the ‘rebellious’ route tend to face workplace inequality.

How do we unlearn gender inequality? For starters, we must encourage inclusion. According to the Global Gender Gap Report released by the World Economic Forum (WEF) in 2017, which ranks countries on parameters of gender equality in health, education, economics, and politics, India stands at 139 out of 144 countries on economic participation and opportunity.

In a report by Our World in Data, India ranked 120 out of 131 countries under female inclusion and participation in the workforce. With such startling numbers, it is important for organizations to work on creating a workplace environment where both men and women are given equal opportunities to achieve their goals.

This means setting up a clear and well-defined hiring criterion that is in line with creating a gender-sensitive environment.

This means advocating for and voicing the need for equal opportunities, equal pay, and equal progress. An Oxfam report on inequality published in January 2019 revealed that women still receive 34% less wages than their male counterparts for the same work. It is important for organizations, as well as senior leaders and recruiters at an organisation, to advocate that promotions, pay, and job responsibilities are based on competence– not gender.

With a large number of women at junior to mid-level positions, there is a need for a robust overhaul of organisational policies to deal with mistreatment or harassment. Incidents of sexual harassment at the workplace are a big concern in India and hostile work environments can become a barrier for employees to work to the best of their abilities. Strict policies ensure a safe and progressive work environment for everyone in the workplace.

Increased awareness for gender equality in the workplace is slowly, yet steadily causing a shift in dimensions in the corporate world. Organisations are starting to recognise the importance of gender equality. The corporate sector in India too needs to acknowledge that gender disparity in the workplace is a fact and organizations must take conscious steps to offer equal opportunities and equal treatment to employees irrespective of gender.