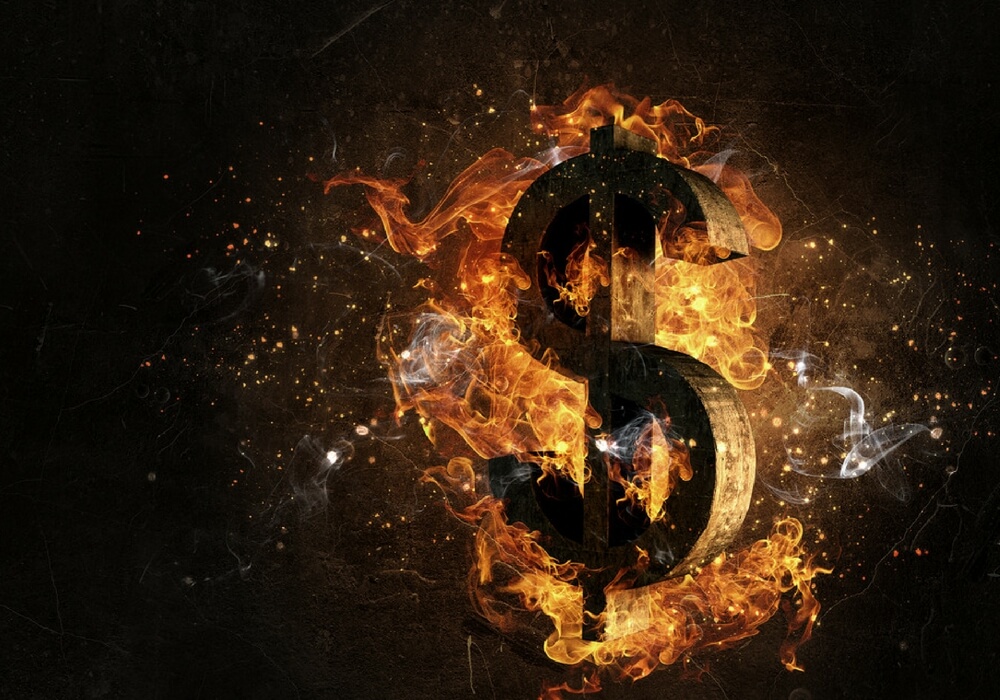 “Cash burn” can be defined as the amount of money that is committed to be spent each month, irrespective of whether or not a business is generating any cash flows. For a pre-revenue startup, this would be equal to your total monthly costs and for a post revenue startup, this would be the total expenses minus the amount the business is earning each month – till of course, the business turns profitable.

These expenses are for basic necessities such as salaries, rentals, utilities and communication costs as well as for expenses of a capital nature such as business build out and fixed assets.

Cash burn could also be defined as the amount of money that is needed to be put in every month to meet the cash losses of the company.

It is important for every entrepreneur to understand that making money is not going to easy. Don’t believe for a second that revenues will instantly start coming in and customers will start flocking to buy your products. The reality is far different, and you will fare much better if you understand this reality and plan for it beforehand rather than get surprised later.

Most New Businesses Will Lose Money In The Early Years

Losses in startup businesses must be taken as a “given”. How long the business loses money is a function of your business plan and implementation of your plan. Making a planned loss is never a problem. However, making an unplanned loss and then having to try and justify it is a huge problem.

Most entrepreneurs tend to look only at the rosy and optimistic picture without recognising the problems they will be faced with and without factoring in a number of unplanned costs that will have to be incurred. Despite the company growing in high double digits entrepreneurs are always on the back foot with their board of directors because they had not met the over-aggressive business plans.

No amount of growth over previous years is relevant if one has not met the budgets for the year. This will always cause frustration at most board reviews for the management team of the company.

It is better to plan for losses and state this in your business plan.

When monthly reviews are held with the board of directors, it is always better to explain how you have over achieved your numbers rather than take high targets initially and start with explaining negative variances each month.

Always remember that it is easier to “under promise and over deliver” rather than “over promise and under deliver”. A wise thing to do is to build a “stretch” in the business plan which will give you the cushion you need to handle any contingencies.

All businesses will be confronted with several unplanned costs which will throw the entire cash planning out of gear and that is when the entrepreneur will have to scramble to raise additional funds. Challenges and unplanned expenses will hit you suddenly in your young startup which will suck away your carefully hoarded money and before you know it, you will be trying to figure out where to raise the next round of funds from.

Most entrepreneurs and startups don’t plan for their losses and don’t understand what the monthly cash burn is likely to be and therefore, a very large number of startups are not able to achieve what their founder dreamt of because the money has run our and nothing is left in the bank.

An entrepreneur who has planned his cash flow well and who has sufficient funds in the bank will be able to continue raising money because he will not be confronted with a situation of a company gasping for funds.

[Ashutosh Garg is the founder Chairman of Guardian Pharmacies and the author of the best-selling books, Reboot. Reinvent. Rewire: Managing Retirement in the 21st Century; The Corner Office; An Eye for an Eye and The Buck Stops Here – Learnings of a #Startup Entrepreneur.]